John Tavares also scored and Frederik Andersen made 27 saves for Toronto in first of 10 meetings between the North Division rivals.

Kyle Connor scored for Winnipeg, and Connor Hellebuyck stopped 35 shots inside an empty Scotiabank Arena because of COVID-19 protocols. 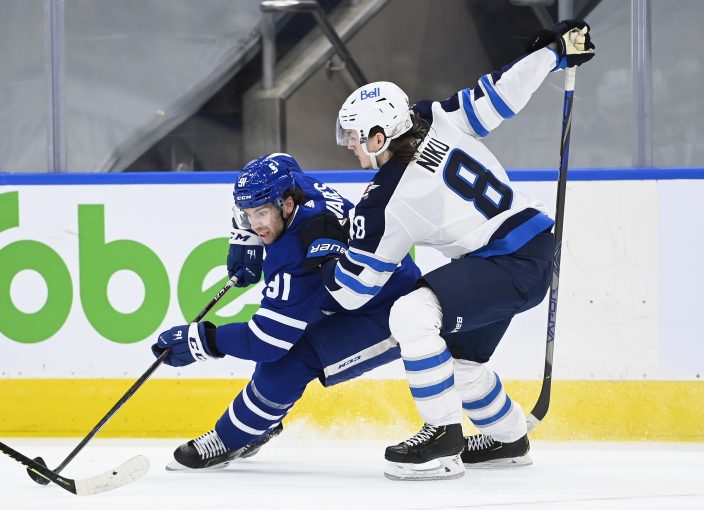 The Jets were without star Patrik Laine, who sat out with an upper-body injury and is listed as day-to-day.

Following an even first period that saw both teams force good saves from Hellebuyck and Andersen, the game tilted heavily in Toronto’s favor in the second.

The Maple Leafs got the game’s first goal at 5:28 at the tail end of a power play. Hellebuyck kicked Jake Muzzin’s point shot out to William Nylander, who quickly fed Tavares in the slot for him to bury his third of the season with the Jets' goalie out of position. 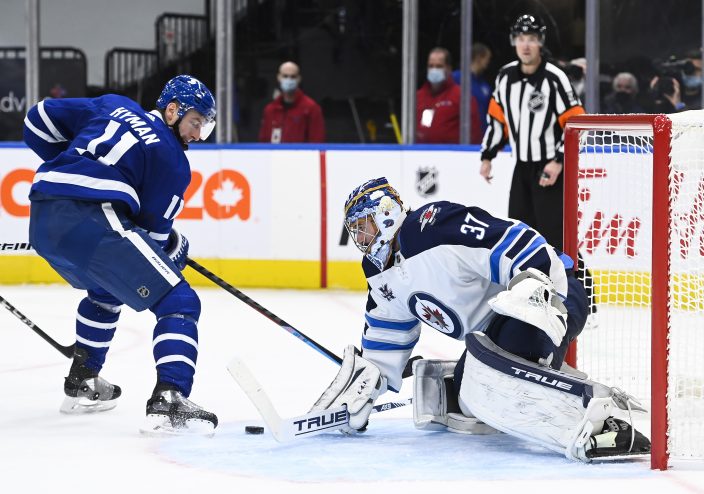 Toronto, which dressed 11 forwards and seven defensemen, was outshooting Winnipeg 13-0 after that goal, and 19-1 midway through the period. The Jets looked to get some momentum on a man-advantage of their own later in the period, but Hellebuyck was forced to stop two short-handed chances off the stick of Ilya Mikheyev.

The MapleLeafs made it 2-0 with 1:21 left when Auston Matthews carried the puck into the offensive zone before finding Justin Holl. His one-timer hit the post behind Hellebucyk, and Marner was there to poke home his second of the year.

Connor snapping his second past Andersen with under a minute remaining on the clock. 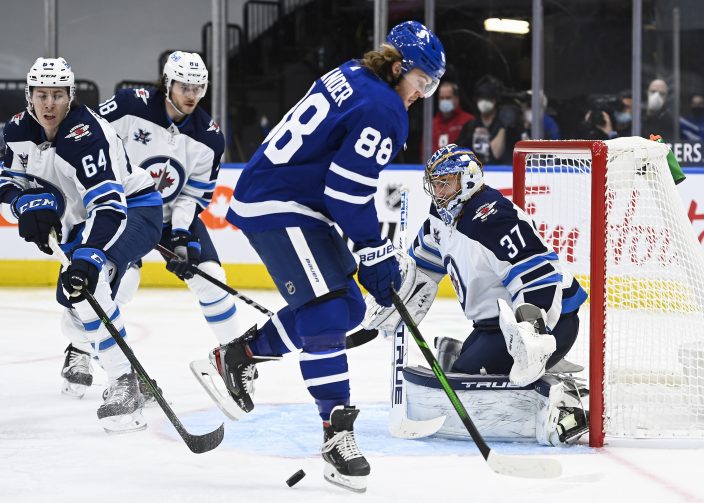 Winnipeg got an early third-period power play after Muzzin took a holding penalty, but Andersen was there at every turn — including a great stop on Mark Scheifele that would have had the fans inside Scotiabank Arena chanting “Freddie! Freddie!” in a normal season.

The Jets continued to make their push as the period wore on, and got a power play with 5:15 left in regulation when Toronto defenseman Morgan Rielly cleared the puck over the glass for a delay-of-game infraction, but Andersen and the penalty killers did the job.

Marner sealed it with an empty-netter with 22.6 seconds left.

Toronto announced before the game rookie forward Nick Robertson will miss at least four weeks with a knee injury, which forced the team to put both third-string goalie Aaron Dell and veteran forward Jason Spezza on waivers for salary cap purposes. Dell was claimed by the New Jersey Devils on Monday, while Spezza made it through and dressed against Winnipeg.

Jets: At Ottawa on Tuesday night to open a two-game series. 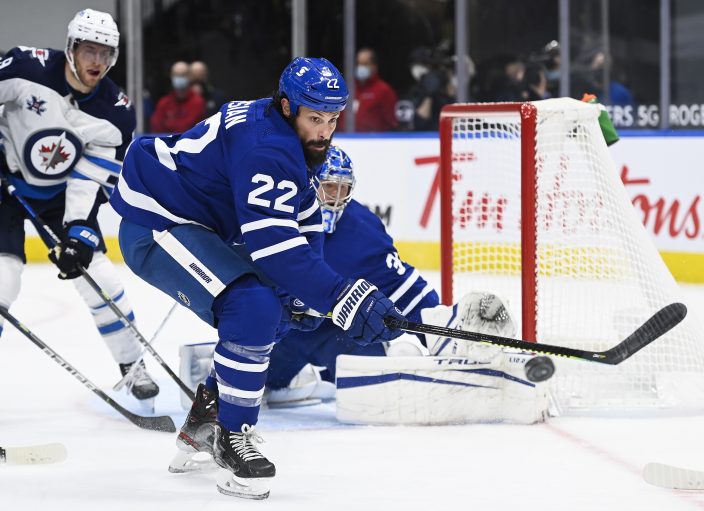