Sam Reinhart and Curtis Lazar each scored two goals to lead the Buffalo Sabres to their first win of the season, 6-1 over the Philadelphia Flyers on Monday night.

Carter Hutton stopped 21 shots in a light night of work against a Flyers team that had scored 11 goals as they won their first two games. Nicolas Aube-Kubel spoiled the shutout bid with 2:05 left.

Minus injured No. 1 center Sean Couturier (ribs), the Flyers played with little energy and failed to create many scoring chances. The Sabres scored four goals before the midpoint of the second period and chased Carter Hart after he faced 22 shots. 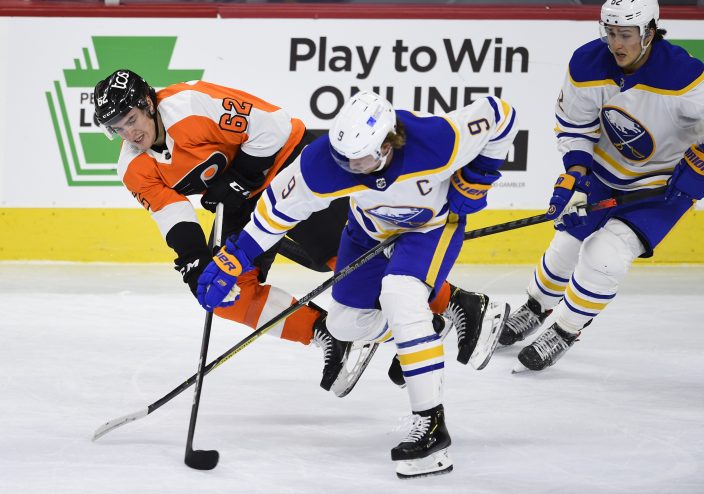 Buffalo goalie Linus Ullmark sat out for personal reasons and that opened the door for Hutton to get his second start this season. Hutton went 12-14-4 last season and endured an 0-8-4 midseason stretch while dealing with an eyesight issue that required treatment to correct.

Reinhart and Lazar did enough to help the Sabres accomplish a couple of things they haven’t done well of late: win on the road, and win in Philly. The Sabres went 10-20-4 on the road last season, and were 0-6-1 in their last seven games in Philadelphia since 2014.

Taylor Hall, the NHL’s 2018 MVP and a six-time 20-goal-scorer, had two assists for the Sabres. Hall signed a one-year, $8 million contract with Buffalo and has quickly fit in on the top line centered by captain Jack Eichel. 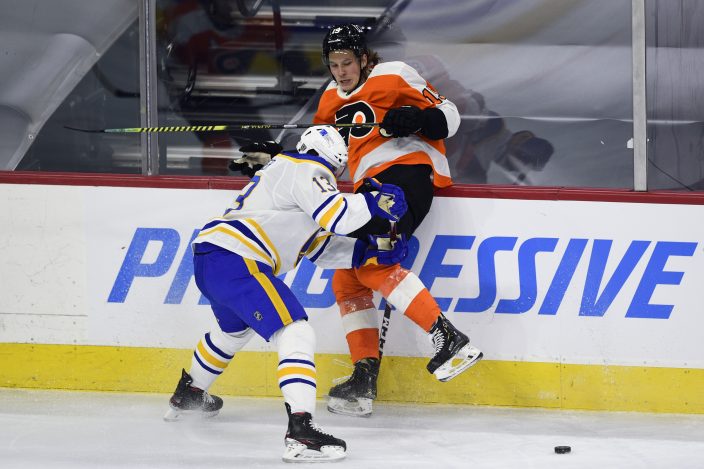 Eichel also had two assists as the Sabres denied the Flyers their first 3-0 start since 2011.

The Sabres, an afterthought these days on the Buffalo sports scene behind the Bills, had scored only five goals in their first two games. Lazar’s backhander over Hart in the first clanged off the pipes and reverberated throughout the mostly empty arena.

Reinhart went back-to-back in the second, scoring his first goal from one knee off a pass across the crease from Hall and his second alone in the slot. Reinhart had his 10th career multigoal game. 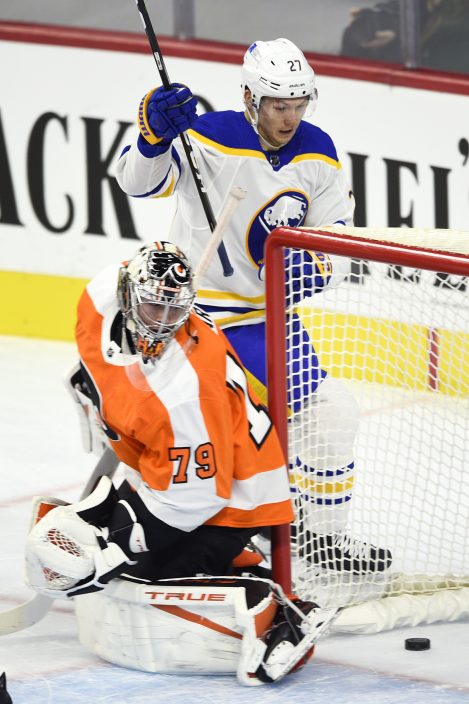 Lazar pumped his second goal into an empty net when Hart’s back was turned for a 4-0 lead.

Henri Jokiharju made it 5-0 in the third and Victor Olofsson added a power-play goal in the final minute to cap the scoring.

HALL OF A START 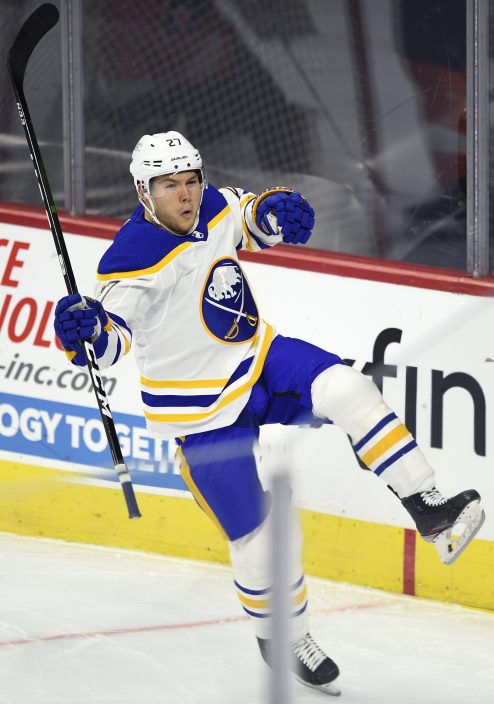 Hall became the fifth player in the last 20 years to record a point in each of his first three games as a member of the Sabres.

Couturier, who last season became the first Flyers player in 33 years to win the Selke Trophy as the NHL’s top defensive forward, will miss about two weeks. He could miss two games each against Buffalo, New Jersey and Boston. Morgan Frost made his season debut at center.

The Sabres and Flyers finish their two-game set on Tuesday. Brian Elliott, who replaced Hart in the second period, was scheduled to get his first start of the season.