Mike Hoffman scored his first goal as a Blue and Brayden Schenn also scored for St. Louis, which beat San Jose for the fourth straight time on home ice. Jordan Binnington made 22 saves.

Logan Couture had two goals and an assist, Brent Burns had a goal and two assists, and Kevin Labanc also scored for the Sharks. Devan Dubnyk stopped 27 shots. 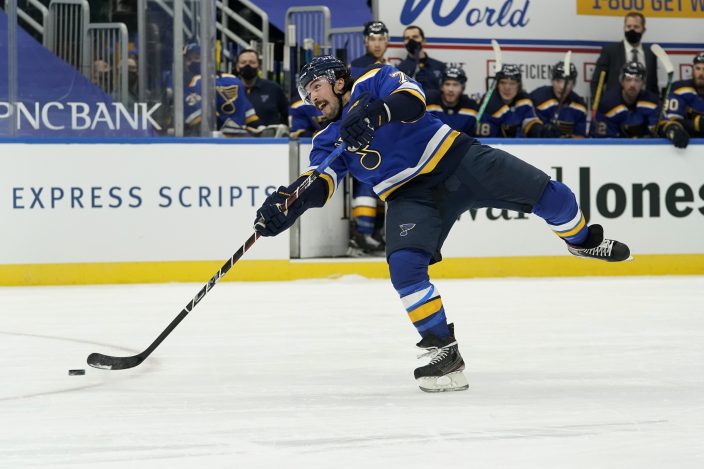 Kyrou’s wrist shot snapped a 4-all tie midway through the third. It was his second career game-winner after getting his first in the Blues’ season-opener at Colorado on Wednesday.

Faulk got his second goal when he tipped in David Perron's pass with one minute left to cap a back-and-forth second period and give the Blues their first lead of the game. It was his first multi-goal game since recording a hat trick as a member of the Carolina Hurricanes against the Los Angeles Kings on Feb. 13, 2018.

Couture countered with his second of the game, from a severe angle, to tie it at 4 at the 4:17 mark of the third period. 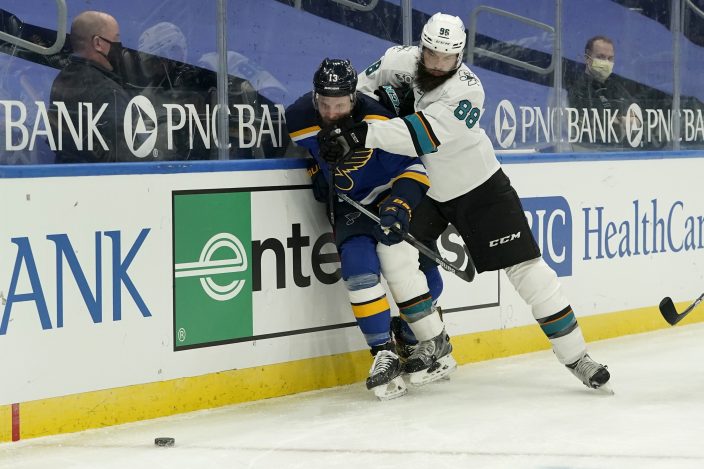 The Sharks took an early lead with first period goals from Labanc and Couture. Labanc deflected in Burns' slapshot with 8:22 left in the first period, and Couture followed with a power play tally a few minutes later.

The Blues tied it with quick goals by Faulk and Hoffman early in the second period.

Faulk got the Blues on the board at the 2:36 mark moments after he finished serving a tripping penalty. Ivan Barbashev hit him with a breakout pass as he exited the box, and Hoffman tied it at 2 just 93 seconds later, deflecting Colton Parayko's shot from the point. 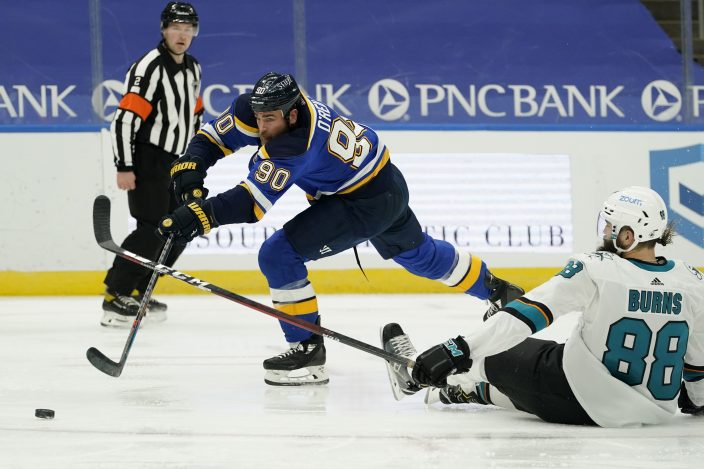 Burns regained the lead for San Jose with a power-play goal with 7:54 left in the second.

Defenseman Radim Simek (knee) made his season debut and was paired with Nikolai Knyzhov. 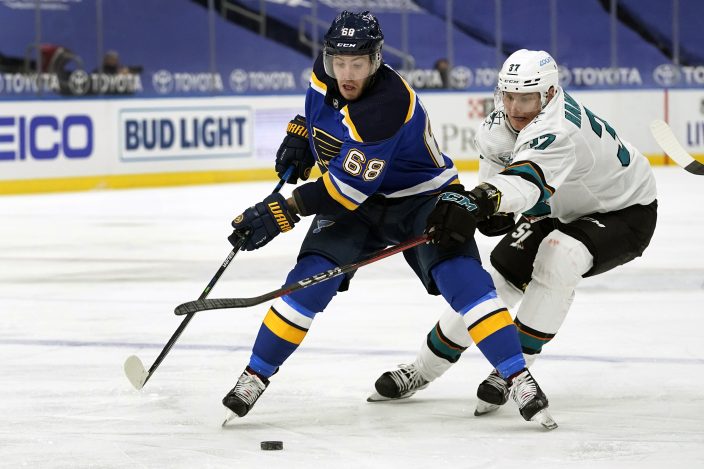 The Blues placed defenseman Robert Bortuzzo (upper body) on the injured reserve after he was hit by Colorado’s Valeri Nichushkin on Friday night.

Carl Gunnarsson slid into Bortuzzo’s pairing with Vince Dunn, and defenseman Niko Mikkola was recalled from the taxi squad. Gunnarsson got an assist on Faulk’s goal. 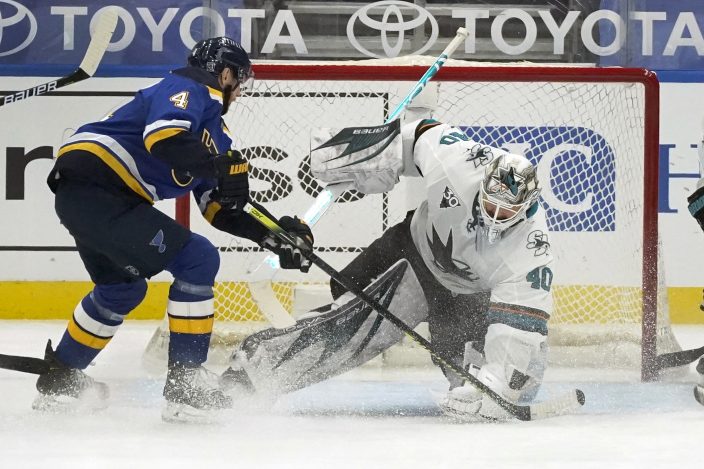 The Blues hosted around 300 selected front line healthcare workers to sit in socially distanced areas of the arena. There was a special puck drop as the Blues saluted their work over the past 10 months.

The teams conclude their two-game set in St. Louis on Wednesday night.

Perron scores in overtime to lift Blues past Sharks, 3-2