John Gibson made 33 saves in his 20th career shutout, and Nicolas Deslauriers scored early in the third period of the Anaheim Ducks' 1-0 victory over the Minnesota Wild on Monday night.

After two scoreless periods dominated by Gibson and Minnesota goalie Cam Talbot, Deslauriers converted a superb pass from new Ducks defenseman Kevin Shattenkirk for his first goal of the season. The Ducks hung on to earn their first win of the season while winning their home opener for the fifth consecutive year.

Talbot stopped 27 shots in the Wild's first loss of the season. Minnesota began the year just up the I-5 freeway in Los Angeles by rallying from a pair of two-goal deficits to win twice in the third period, becoming the first team in NHL history to pull off the feat in its first two games. 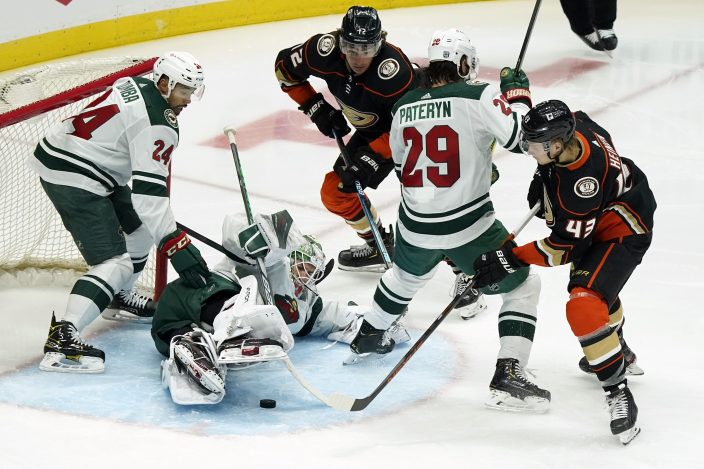 Talbot has given up seven goals in his first three games with his new team, but the veteran made several sharp saves at Honda Center.

Shattenkirk's assist was his first point since the Stanley Cup winner signed in the offseason with the Ducks, who opened a four-game homestand in their first game at Honda Center in 313 days after beginning the new season with two losses in Las Vegas. 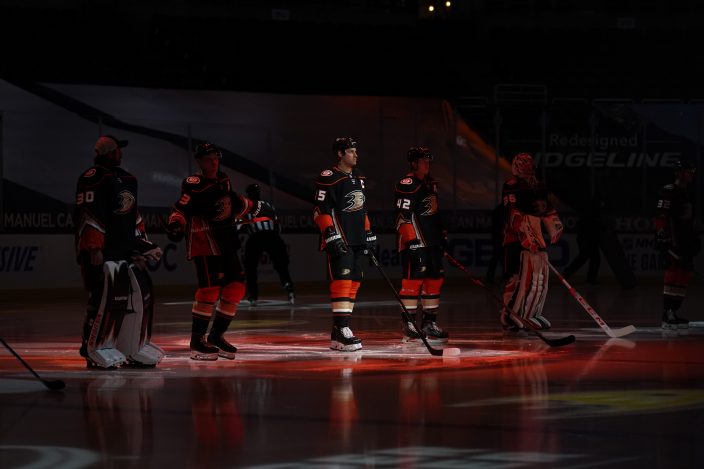 The Anaheim Ducks are introduced before an NHL hockey game against the Minnesota Wild Monday, Jan. 18, 2021, in Anaheim, Calif. (AP PhotoMarcio Jose Sanchez)

The Ducks were 29th in the 31-team NHL in scoring over the previous two seasons, and they've started the new campaign by scoring four goals in three games. If they hope to improve on last season's woeful record, they might need many similar performances from Gibson, whose numbers took a dip last season while playing behind a terrible defense. 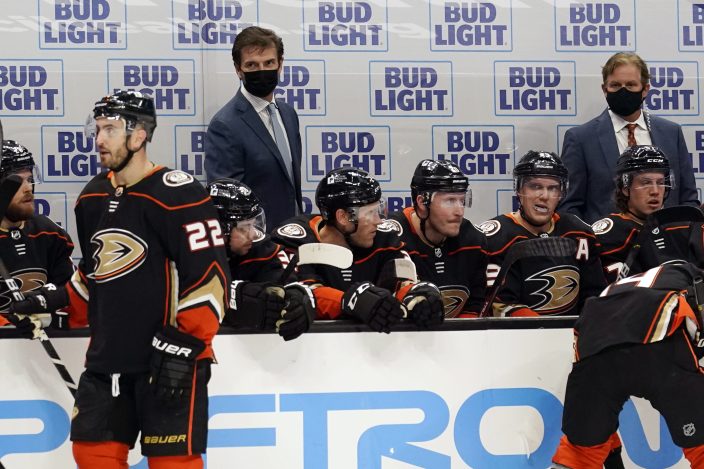 Anaheim sent LW Max Jones to its AHL affiliate. The former first-round pick is working back from a lower-body injury. 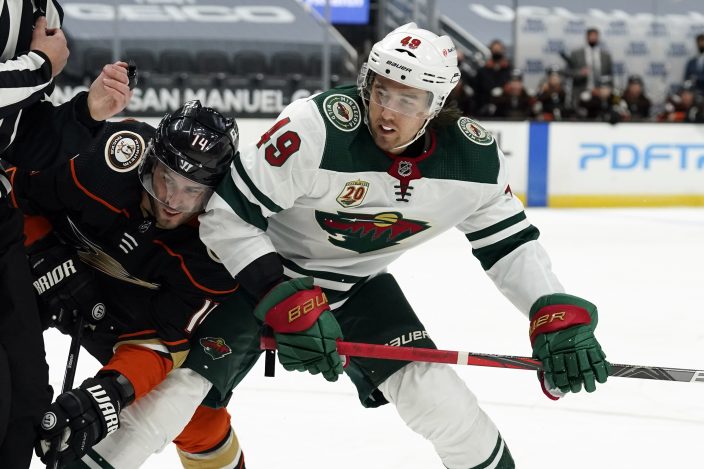