Johnny Gaudreau had a goal and an assist, leading the Calgary Flames to a 5-2 win over the Vancouver Canucks on Monday night. 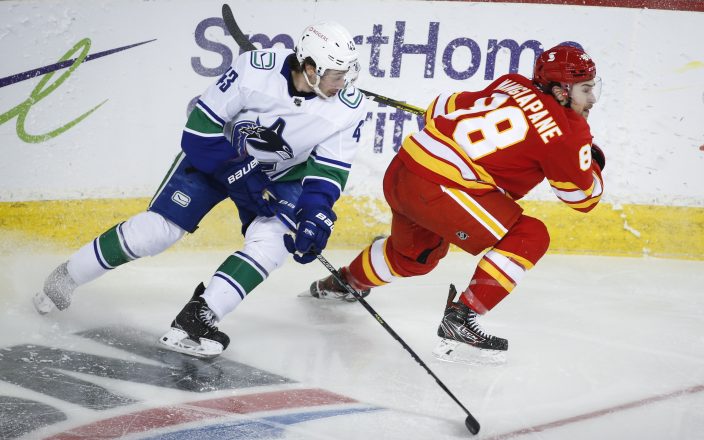 Markstrom, who spent seven seasons with Vancouver before signing with Calgary in October, had a 32-save shutout in a 3-0 win over the Canucks on Saturday.

Giordano teed up a blast from the top of the face-off circle that Demko couldn’t get his glove on for a power-play goal at 6:40 of the third period to put the Flames up 4-1.

Myers scored short-handed at 13:15 o pull the Canucks within two. 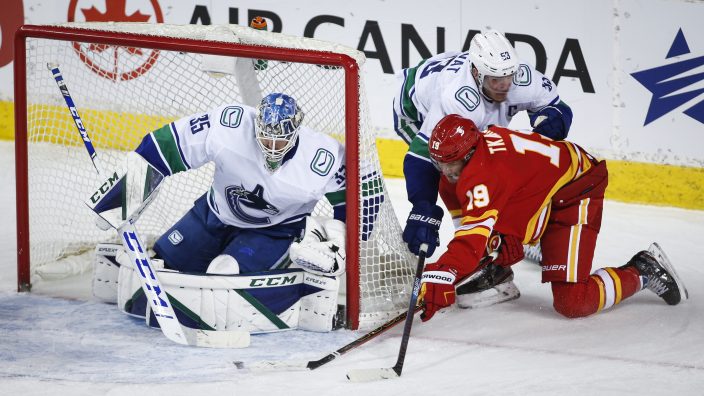 Demko was pulled for an extra attacker with four minutes to play, and Vancouver went to work on a two-man advantage when Calgary’s Andrew Mangiapane took a tripping penalty at 16:56.

Andersson scored into an empty net with 55 seconds remaining in regulation.

Outplayed in the first period, Calgary’s 20-3 margin in shots in the second was bolstered by four power-play chances and winning more draws in the face-off circle. 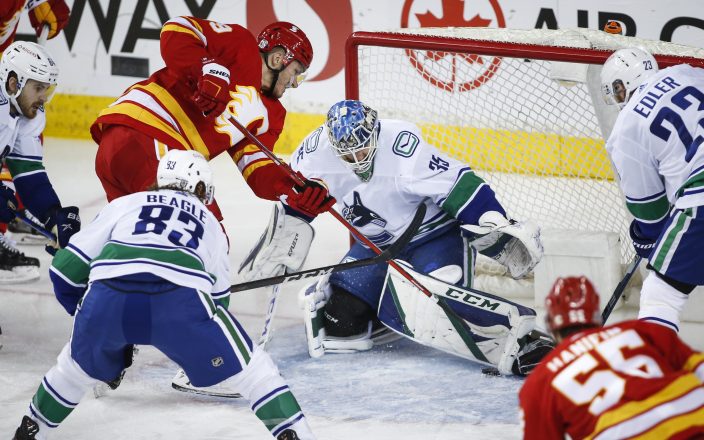 Gaudreau pulled the Flames even 1-1 at 12:05 of the middle period on a give-and-go with Sean Monahan and Dominik Simon providing a screen.

Calgary took a 2-1 lead at 13:30 when Backlund scored his first goal of the season, lifting a rebound over Demko.

Lindholm one-timed Gaudreau’s cross-ice feed by Demko with just 2 seconds remaining in the period during Calgary’s two-man advantage to make it 3-1. 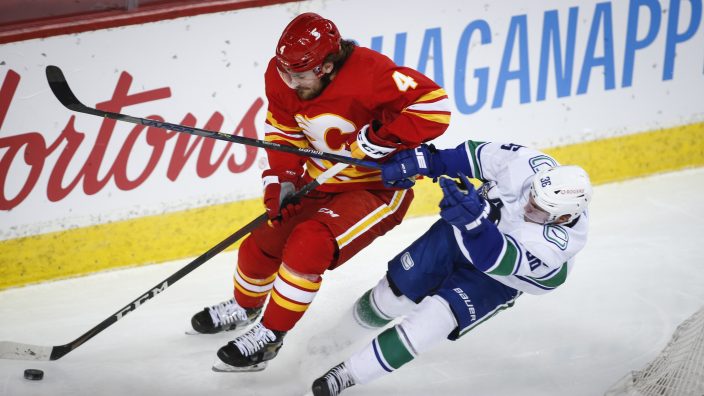 Canucks defenceman Myers had joined Elias Pettersson in the penalty box after punching Calgary’s Matthew Tkachuk in the face.

Vancouver outshot Calgary 16-4 and dominated the face-off circle in the first period, but led just 1-0 due to Markstrom’s work.

The Flames' goalie turned away five shots on a Vancouver power play starting 2 1/2 minutes into the game. Virtanen’s long shot from the high boards deflected off Flames defenseman Juuso Valimaki and by Markstrom’s shoulder at 10:17. 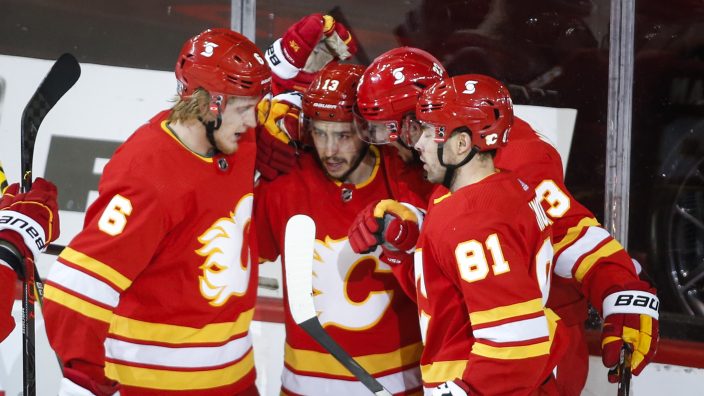 Canucks forward J.T. Miller returned from COVID-19 protocol that kept him out of Vancouver’s lineup the first three games of the regular season. Defenseman Jordie Benn has yet to play.

Canucks: Host Montreal on Wednesday night to open a six-game homestand with three games in four nights against the Canadiens.