A stickless Chandler Stephenson was credited with the game-winning goal, Robin Lehner made 30 saves and the Vegas Golden Knights beat the Arizona Coyotes 4-2 on Monday night.

Not too long after the first of Reilly Smith’s two goals tied it early in the third period, Vegas defenseman Zach Whitecloud gathered a loose puck from a faceoff in Arizona’s zone and fired a shot off Stephenson’s back to give Vegas its first lead of the game. 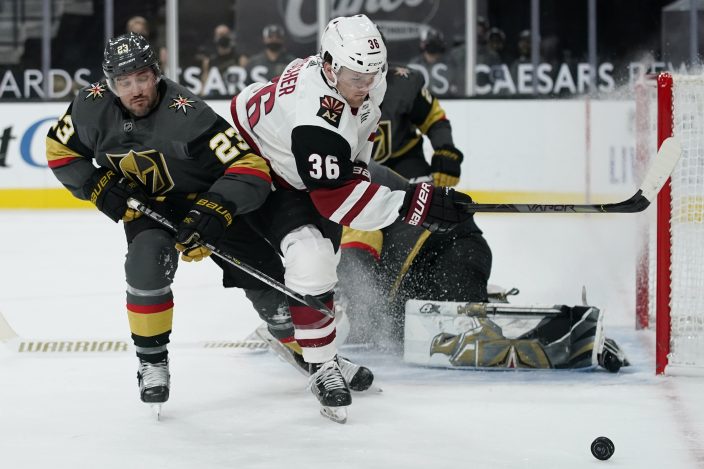 Vegas has won two straight after trailing to start the third period. The Golden Knights own a 7-0 goal-differential in the final period and improved to 3-0-0 overall.

Arizona looked like the better team from the outset, controlling the pace with more intensity than the Golden Knights, who struggled with sloppiness throughout the first period. 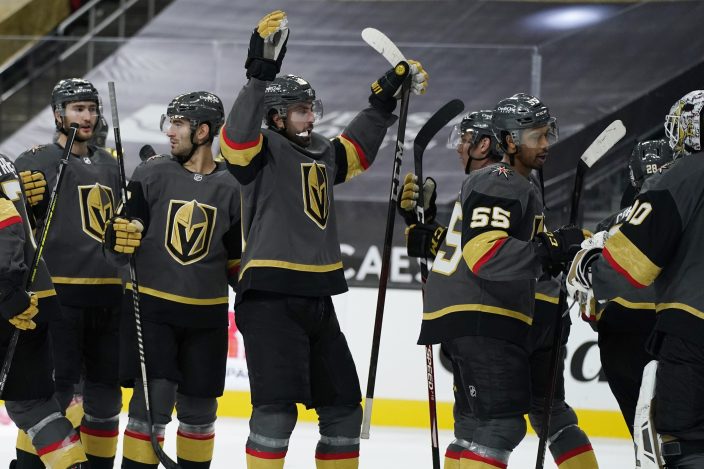 Pitlick took advantage of Vegas’ miscues when he intercepted Mark Stone's pass in Arizona’s zone, skated the length of the ice and beat Lehner with a wrist shot that went off the crossbar and in to put the Coyotes on the board with a short-handed goal. It was Pitlick’s first goal and point as a member of the Coyotes after spending last season with Philadelphia.

Vegas had two of its better chances in the second period, both during a penalty kill. William Karlsson hit the left corner of the post on a breakaway, and Tomas Nosek failed to find the five-hole during a 2-on-0 break, as Kuemper came up big again.

Schmaltz rewarded his netminder by giving him a 2-0 lead when his shot from the right circle appeared to carom off Vegas defenseman Alec Martinez and past Lehner. Derick Brassard assist on the goal was 300th of his career. 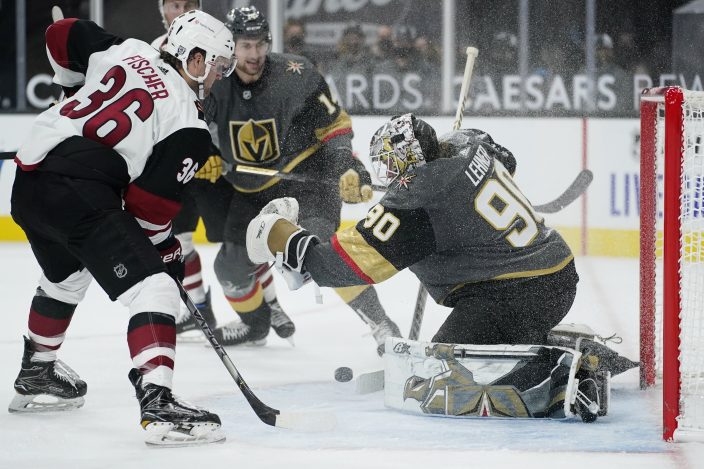 Pacioretty got Vegas on the board with a nifty shot from behind the goal line, where he chipped his own rebound off the back of Kuemper’s shoulder with Vegas’ first shot on goal after an 11:28 drought to cut Arizona’s lead in half.

Smith, who scored a career-high 27 goals last season, backhanded his first of the season after linemate William Karlsson dished a beautiful no-look backward pass between his legs from behind the net four minutes into the third period. The Coyotes and Golden Knights meet again Wednesday at T-Mobile Arena as part of a four-game, home-and-home series, with the final two taking place Friday and Sunday in Glendale, Ariz. 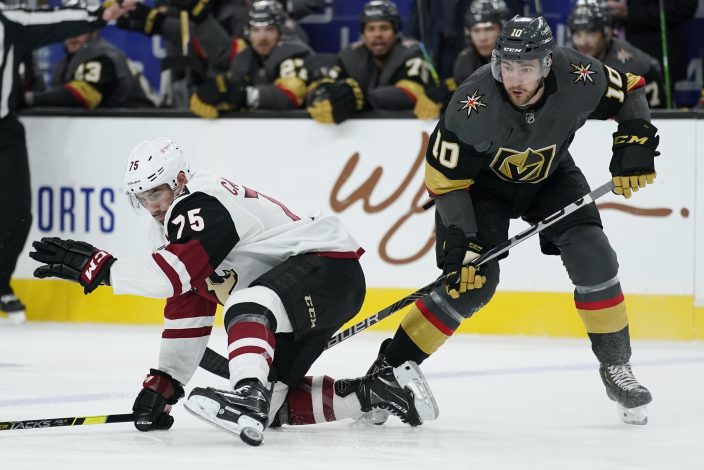