Lawyers for the Duchess of Sussex asked a British judge on Tuesday to settle her lawsuit against a newspaper before it goes to trial by ruling that its publication of a “deeply personal” letter to her estranged father was “a plain and a serious breach of her rights of privacy.”

The duchess, 39, is suing Associated Newspapers for invasion of privacy and copyright infringement over five February 2019 articles in the Mail on Sunday and on the MailOnline website that published portions of a handwritten letter to her father, Thomas Markle, after her marriage to Britain’s Prince Harry in 2018.

Associated Newspapers is contesting the claim, and the full trial is due to be held in the autumn at the High Court in London. 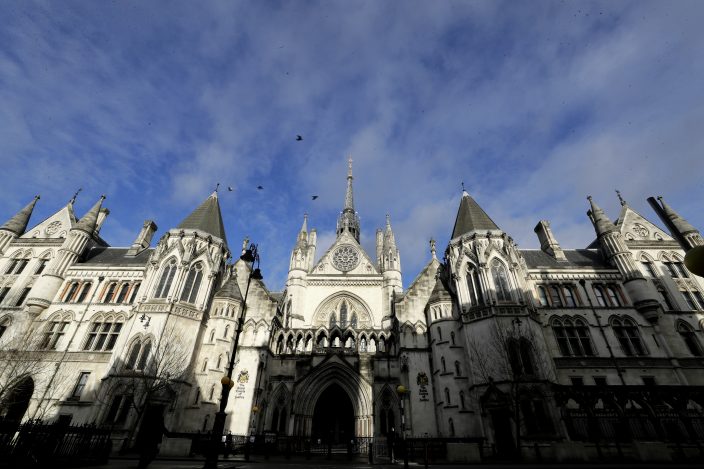 The Royal Courts Of Justice, in London, Tuesday, Jan. 19, 2021. Meghan, The Duchess of Sussex will ask a High Court judge to rule in her favour in her privacy action against the Mail on Sunday over the publication of a handwritten letter to her estranged father. The case will be heard remotely due to the pandemic. (AP PhotoKirsty Wigglesworth)

The duchess is seeking a summary judgment that would find in her favor and dismiss the newspaper’s defense case. Her lawyer Justin Rushbrooke argued that the publisher had “no real prospect” of winning the case.

“At its heart it’s a very straightforward case about the unlawful publication of a private letter,” he said Tuesday at the start of a two-day hearing, held remotely because of coronavirus restrictions.

Rushbrooke said Meghan had every expectation that “a heartfelt plea from an anguished daughter to her father” would remain private. 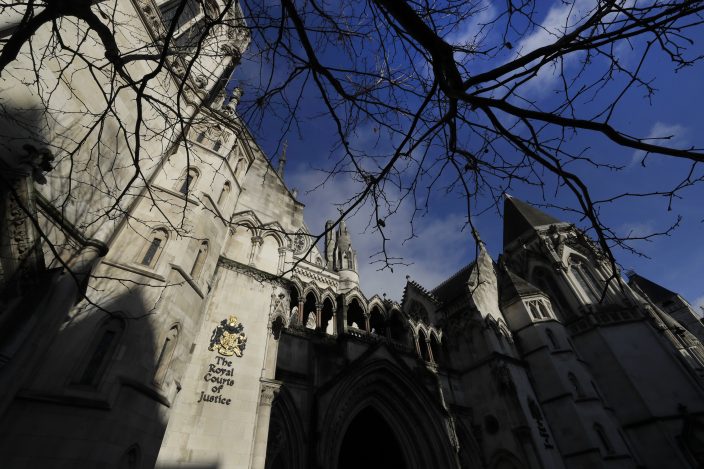 A view of The Royal Courts Of Justice, in London, Tuesday, Jan. 19, 2021. Meghan, the Duchess of Sussex will ask a High Court judge to rule in her favour in her privacy action against the Mail on Sunday over the publication of a handwritten letter to her estranged father. (AP PhotoKirsty Wigglesworth)

Lawyers for the publisher argue that Meghan made personal information public by cooperating with the authors of a behind-the-scenes book about her and Harry, “Finding Freedom.” She denies collaborating with the authors — though she acknowledges allowing someone close to her to speak to them — and the book is expected to feature prominently in the trial.

In October judge Mark Warby agreed to Meghan’s request to postpone the trial, scheduled to begin this month, until October or November 2021. He said the reason for the delay should remain secret.

Meghan, an American actress and star of TV legal drama “Suits,” married Harry, one of the grandsons of Queen Elizabeth II, in a lavish ceremony at Windsor Castle in May 2018. Their son, Archie, was born the following year.

A year ago, the couple announced they were quitting royal duties and moving to North America, citing what they said was the unbearable intrusions and racist attitudes of the British media. They recently bought a house in Santa Barbara, California.

NBA: Nobody tested positive for COVID-19 at All-Star Ga ...

The NBA's mini-bubble in Atlanta f ...

Referee banned for season over word to describe Black c ...

A Romanian soccer referee was susp ...