The Latest on Joe Biden's presidential inauguration (all times local):

Joe Biden will strike a unity theme before his inauguration as president on Wednesday by worshipping with Congress’ top four Republican and Democratic leaders. 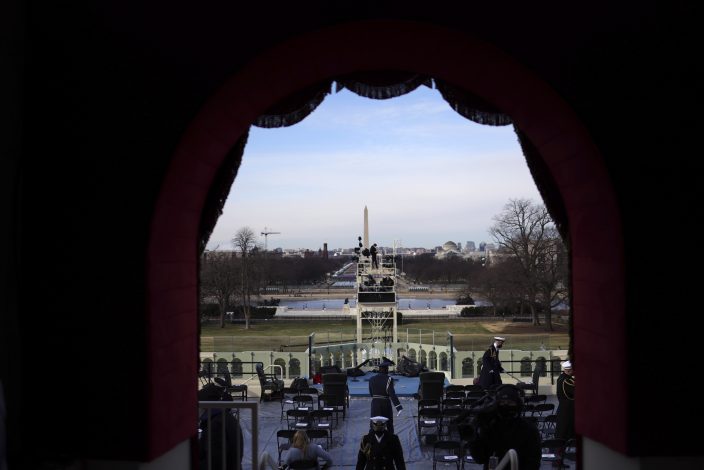 A view from the lower west terrace door as preparations are made prior to a dress rehearsal for the 59th inaugural ceremony for President-elect Joe Biden and Vice President-elect Kamala Harris on Monday, January 18, 2021 at the U.S. Capitol in Washington. (Win McNameePool via AP)

The Democratic president-elect has talked throughout the campaign and the post-election period about his goal of uniting a sharply divided country.

Biden’s incoming chief of staff, Ron Klain, on Tuesday retweeted a post that said Biden had quietly extended invitations to Democrats Nancy Pelosi and Chuck Schumer and to Republicans Mitch McConnell and Kevin McCarthy to accompany him to a Mass at St. Matthew’s Cathedral.

Spokespeople for Pelosi, Schumer, McConnell and McCarthy confirm they are accompanying Biden.

Members of the military band participate in a dress rehearsal for the 59th inaugural ceremony for President-elect Joe Biden and Vice President-elect Kamala Harris at the Capitol, Monday, Jan. 18, 2021, in Washington. (Erin SchaffThe New York Times via AP, Pool)

Coons is a Democrat from Biden’s home state of Delaware. He says the service is a “reminder of who Joe is and who we are as a nation that’s hopeful and optimistic.”

HERE’S WHAT YOU NEED TO KNOW ABOUT PRESIDENT-ELECT JOE BIDEN’S INAUGURATION: 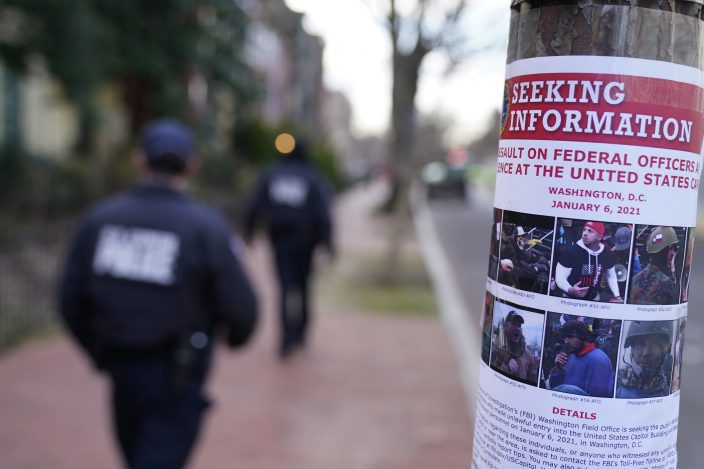 When Supreme Court Chief Justice John Roberts leads President-elect Joe Biden in the oath of office, security will be unusually tight following the Jan. 6 riot at the U.S. Capitol, and inaugural events will be curtailed because of the coronavirus pandemic.