Five years after achieving the unthinkable, Leicester is back atop the Premier League and making another improbable run at the title.

For big-spending Chelsea and its under-pressure manager, Frank Lampard, any ambitions of winning the league already appear to be dashed.

Leicester beat Chelsea 2-0 on Tuesday to jump above the two Manchester clubs, United and City, and reach the midway stage of its league campaign in first place. 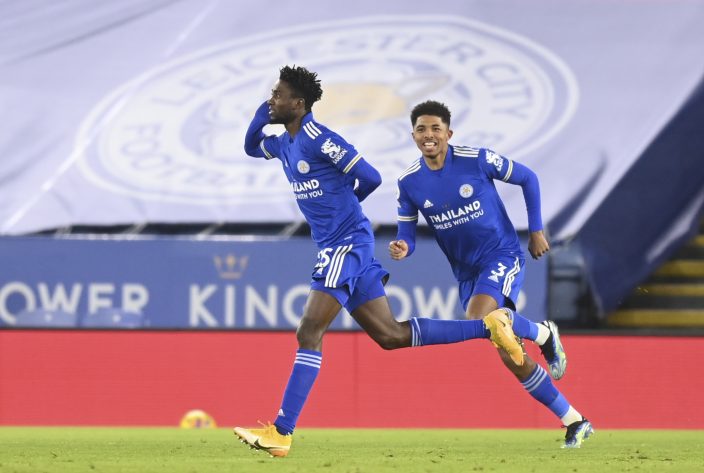 Even if its latest time at the summit lasts just one night — City and United are both in action on Wednesday, after all — Leicester is showing it means business again. Just like in the 2015-16 season, when the team managed by Claudio Ranieri famously delivered one of the biggest underdog triumphs in sporting history to win the league at odds of 5,000-1.

Wilfred Ndidi and James Maddison scored first-half goals to help Leicester extend its unbeaten run in the league to six games, the last three all being wins.

Chelsea was carved open time and again at the King Power Stadium and fell to a fifth loss in its last eight games in the league, a run of results that leaves Lampard’s position precarious after the club’s spending spree of approaching $300 million ahead of this season. Lampard’s side dropped to eighth place, nine points behind Leicester, which is a point ahead of United.

As it stands, West Ham is heading into the second half of its Premier League campaign with just one senior striker. 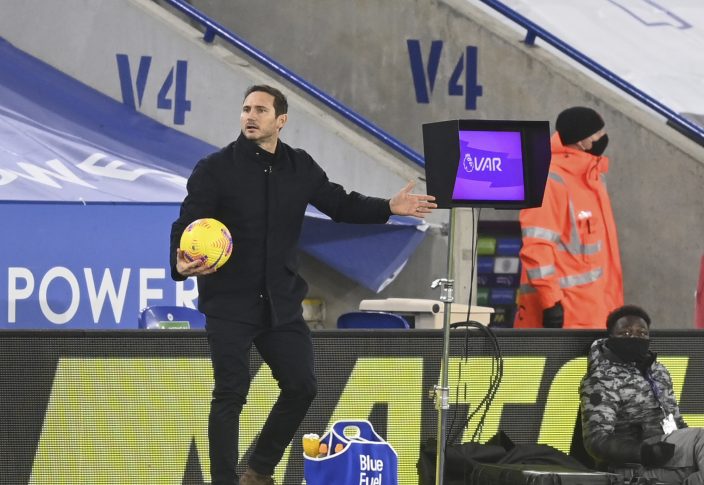 Chelsea's head coach Frank Lampard waits for the VAR system to be reviewed by the referee during the English Premier League soccer match between Leicester City and Chelsea at the King Power Stadium in Leicester, England, Tuesday, Jan. 19, 2021 (Michael ReganPool via AP)

His winner against Burnley on Saturday came on his first league start since recovering from a hamstring problem, the latest fitness issue to affect an injury-prone player who was one of the league’s best players after lockdown last summer. If Moyes can keep Antonio fit — and that’s always a big if — it isn’t too fanciful to see West Ham remaining in the vicinity of its current position of seventh.

West Ham sold its other senior striker, Sebastien Haller, to Ajax this month.

Southampton set up a fourth-round match at home to Arsenal in the FA Cup after beating third-tier Shrewsbury 2-0.

Goals by Dan N’Lundulu, one of the many fringe players who started for Southampton, and James Ward-Prowse guided the Saints to victory at its St. Mary’s Stadium.

The third-round game was rearranged from the start of this month following a coronavirus outbreak in the Shrewsbury squad. Its manager, Steve Cotterill, watched the game from the hospital as he recovers from COVID-19.

With a fair wind behind him, a goalkeeper scored direct from a goal kick in a fourth-tier match.

Newport County ’keeper Tom King booted the ball into Cheltenham’s half, then saw it take a huge bounce and loop over the head of scrambling Cheltenham goalie Josh Griffiths and into the net.

Newport’s social media team was caught out by the feat of King, who was making just his third appearance in the league.

“GOALKEEPER TOM KING HAS JUST SCORED FROM HIS OWN AREA... We don’t even have a GIF for him!” the team tweeted.