Colorado and Minnesota swapped veteran defensemen on Tuesday, with the Avalanche acquiring Greg Pateryn and the Wild receiving Ian Cole.

The trade represents a significant salary-cap savings for Colorado from Cole’s $4.25 million hit to Pateryn’s $2.25 million. It also frees up a spot on the left side of the blue line for 19-year-old Avalanche prospect Bowen Byram. 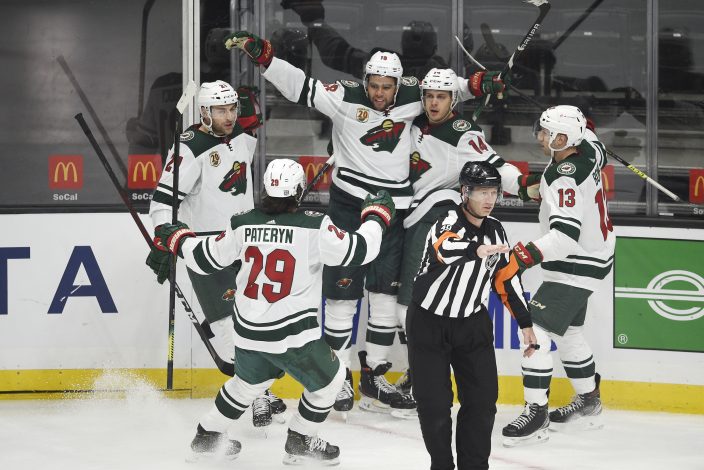 The 30-year Pateryn had two assists in three games for the Wild this season. Cole, who turns 32 in February, didn't register a point through two games.

Since being selected in the fifth round of the 2008 draft by Toronto, Pateryn has four goals and 37 assists over 270 career games with Montreal, Dallas and Minnesota. He had a career-high 12 assists in '17-18 with the Stars.

“Greg is a strong, veteran defenseman who plays a heavy game,” Avalanche GM Joe Sakic said in a statement. “He’s a hard-nosed, competitive player who can kill penalties, block shots and brings some additional grit to our back line."

Guerin knows Cole well from his time in the Penguins' front office and trusts him on the ice.

“Since coming into the league as a first-round pick, he’s adjusted his game and really kind of gotten comfortable with what he really is,” Guerin said. “I think if you were to categorize him, he’d be more of a stay at home defenseman right now. But he certainly has the skill to make good plays, good passes. He’s very aggressive in front of our net. He’s a willing and able shot blocker, he’s an excellent penalty killer and those are things that we value.”