Jakub Voracek also scored and Kevin Hayes added an empty-netter for Philadelphia, which bounced back from Monday night’s 6-1 loss to the Sabres.

Konecny broke the scoreless tie with 2:09 left in the second on a breakaway, beating Carter Hutton with a backhand that went through the goalie’s legs. Oskar Lindblom set up the goal with a long bank pass from deep in the defensive zone that landed perfectly on Konecny’s stick in Buffalo’s zone. 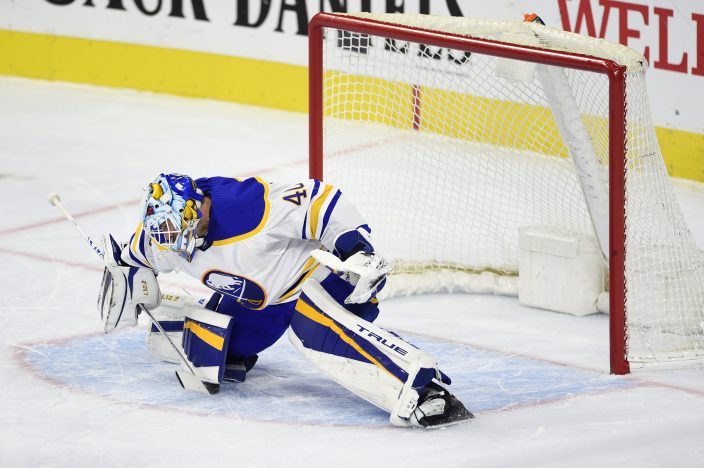 Buffalo Sabres goaltender Carter Hutton is unable to make a save on a goal scored by Philadelphia Flyers' Travis Konecny during the second period of an NHL hockey game, Tuesday, Jan. 19, 2021, in Philadelphia. (AP PhotoDerik Hamilton)

Elliott strong in net but needed some luck.

He made two point-blank saves on Jeff Skinner late in the first period, first with his right pad and then his glove. Elliott replaced Carter Hart in the second period on Monday, allowing two goals on 15 shots. 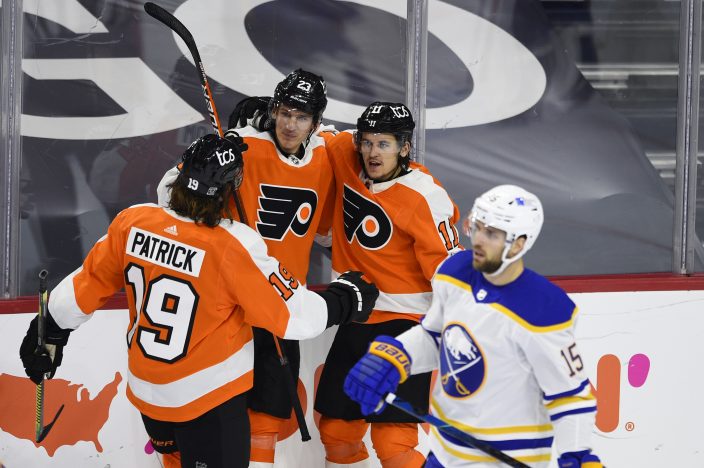 Elliott kept the Flyers on top with a glove save on Eric Staal’s wrist shot from the slot with 8 1/2 minutes left in the third.

Fortune was on the Flyers’ backup goalie’s side in the second.

The Sabres had several good chances in the period, including a pair of shots that clanged off the iron. Colin Miller’s hard slap shot from the point hit the crossbar and ricocheted all the way back to center ice. Victor Olofsson hit the post from a sharp angle 2 ½ minutes later. 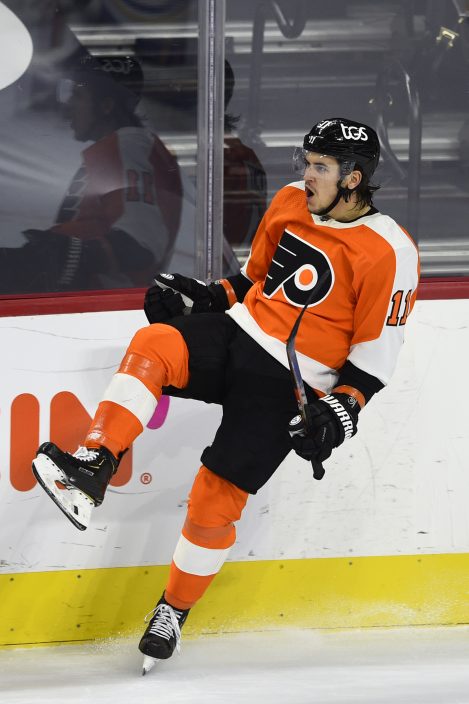 Elliott improved to 14-2-2 in 19 career appearances against the Sabres.

Hutton was replaced by Jonas Johansson to begin the third period, apparently due to injury. Hutton had his helmet knocked off after being hit in the head by the Flyers’ Ivan Provorov early in the second period after Provorov was checked into the goalie by Brandon Montour. Hutton had 19 saves. 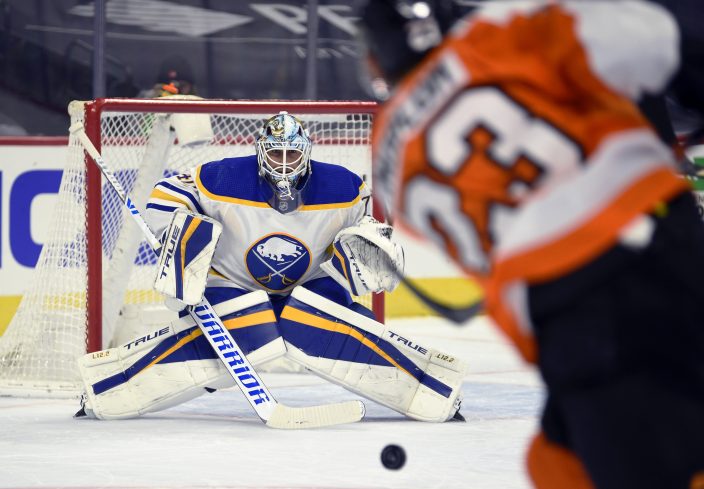 In addition to Buffalo’s Hutton, Flyers D Philippe Myers and C Morgan Frost were both injured on checks by Jake McCabe and didn’t return.

The Sabres recalled forward Rasmus Asplund from the team’s taxi squad prior to the contest.

HIT IN THE POCKET

Flyers’ Nicolas Aube-Kubel was fined $4,633.62 for roughing Buffalo’s Rasmus Dahlin in the third period of Monday’s game. Aube-Kubel was given a double-minor for high sticking on the play. Sabres coach Ralph Krueger expressed disappointment prior to the game that Aube-Kubel wasn’t suspended.

Sabres: Play the first of two straight on the road in Washington on Friday night.

Game on: NWHL to complete virus-disrupted playoffs in B ...