Sidney Crosby scored 1:11 into overtime, lifting the Pittsburgh Penguins to a 5-4 victory over the Washington Capitals on Tuesday night.

Crosby collected his third goal of the season when he pounced on a rebound off a Kris Letang shot and flipped it by Vitek Vanecek and into the open net to give the Penguins their second win over their rivals in three days.

Colton Sceviour, Evgeni Malkin, Teddy Blueger and Jake Guentzel also scored for Pittsburgh. Crosby finished with a goal and two assists as the Penguins rallied from a two-goal deficit. Casey DeSmith finished with 22 saves and added his first career assist when he set up Blueger for a rare shorthanded 3-on-5 goal in the second period. 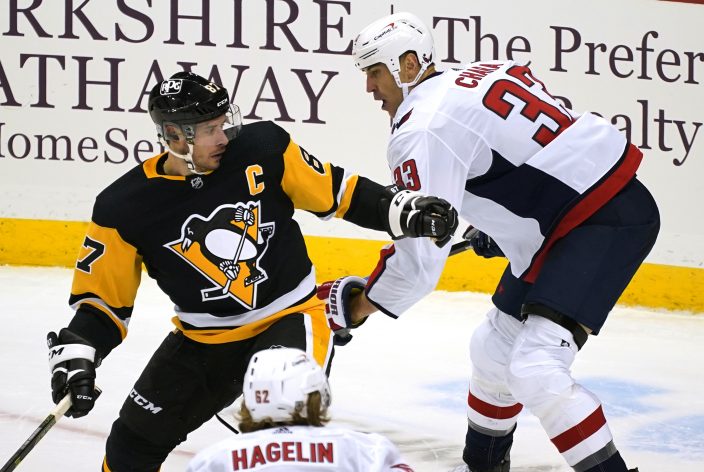 Tom Wilson scored twice for the Capitals. Evgeny Kuznetsov and Lars Eller both picked up their first goals of the season but Washington let leads of 3-1 and 4-2 slip away. Vanecek, who sparkled in his NHL debut last week, made 25 saves but gave up a rebound that Crosby pounced on for the winner.

Pittsburgh stuck with DeSmith for a second straight game after his steady play on Sunday helped the Penguins pick up their first victory of the season. Pittsburgh also welcomed Kasperi Kapanen to the lineup after he missed the opening week of the season after visa issues in his native Finland delayed his arrival in the United States.

Washington jumped on the lethargic Penguins, opening a quick lead thanks to a pair of goals from Wilson, including a pretty redirect off a centering pass from the corner by John Carlson in the waning seconds of the first. 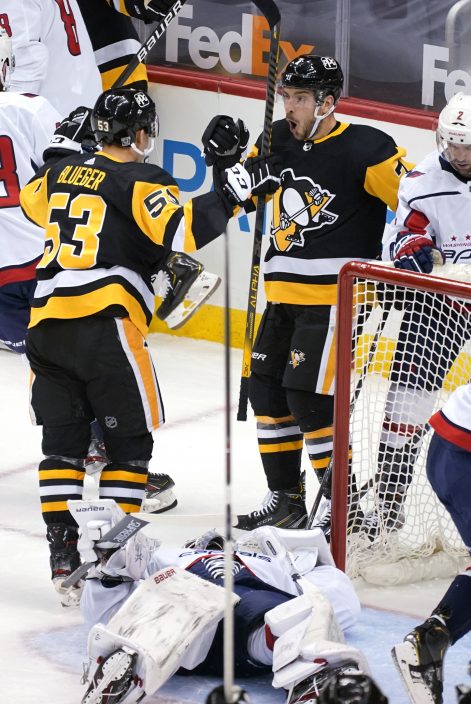 DeSmith, despite some shaky moments, gave Pittsburgh life by stuffing Carl Hagelin at the end of a three-on-none — not, that's not a typo — to keep the deficit at two. The save gave the Penguins the spark they needed.

Pittsburgh rallied to pull even at 4-4 by the end of the second thanks to power-play goals by Guentzel and Malkin and a breakaway score by Blueger set up by a remarkable clearing pass from DeSmith, Pittsburgh's first 3-on-5 goal since Matt Cooke against Philadelphia on Feb. 18, 2012. 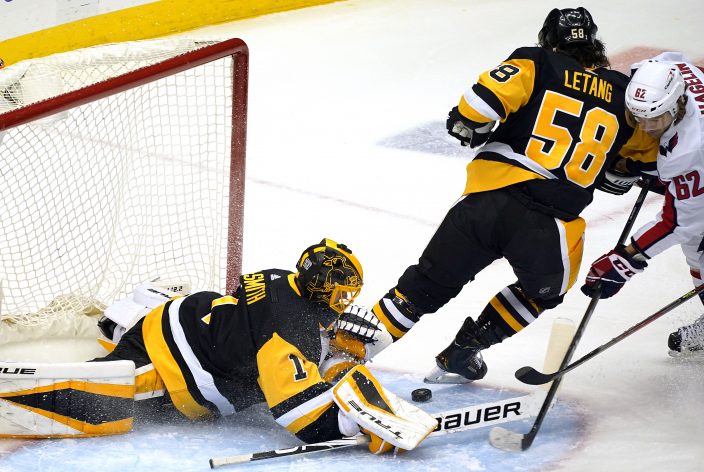 The Penguins played the third period without defensemen Marcus Pettersson and Juuso Riikola. Pettersson left late in the second after taking a blindside hit from Washington's T.J. Oshie at center ice. Officials assessed Oshie with a 5-minute major, then after a video review reduced the penalty to 2 minutes for interference.

Capitals: Begin a six-game homestand on Friday night against Buffalo. Washington swept a pair of games from the Sabres to start the season. 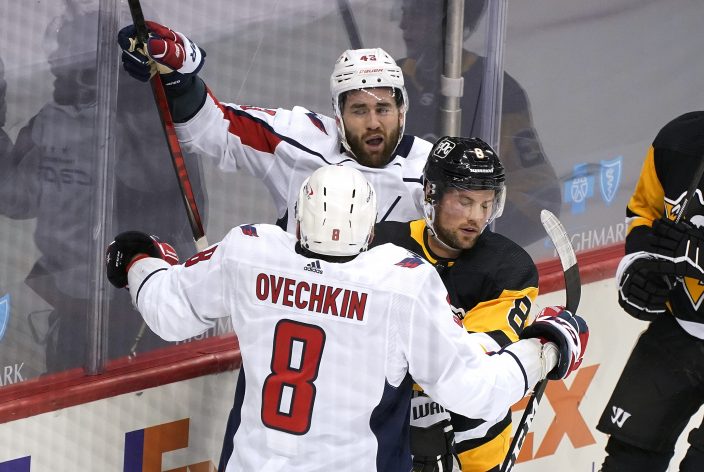 Penguins: Host the New York Islanders for a two-game set beginning on Friday. All three meetings between the clubs last season went to overtime, with the Islanders taking two of three in the extra period. 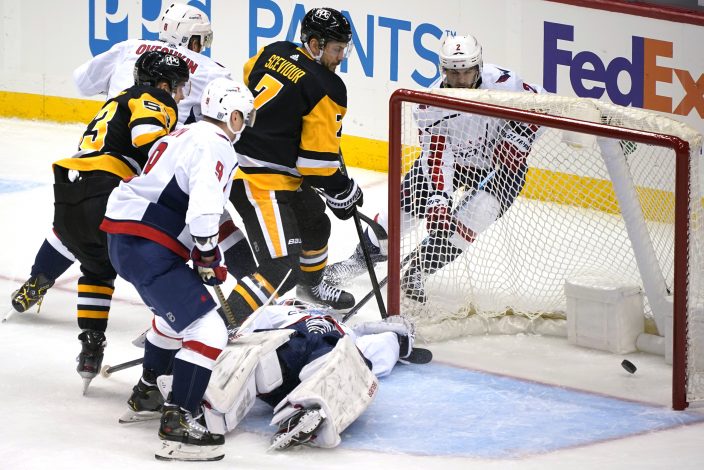