Nikolaj Ehlers scored in overtime after the Winnipeg Jets twice rallied from a two-goal deficit en route to a 4-3 win over the Ottawa Senators on Tuesday night.

Ehlers scored at 2:20 of overtime, moments after Winnipeg goalie Laurent Brossoit made a nice stop against Drake Batherson.

Josh Morrissey tied it with 1:17 left in regulation with Brossoit on the bench for the extra attacker. 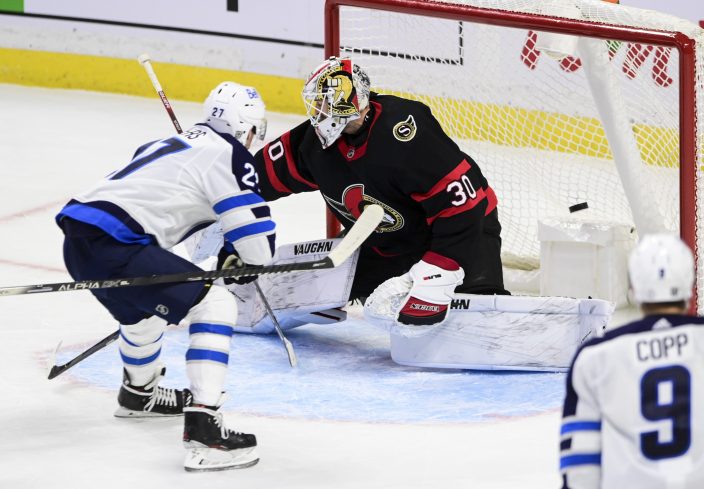 Adam Lowry and Kyle Connor had the other goals for Winnipeg, which was outshot 41-28 in the contest. The Jets were coming off a 3-1 road loss to the Toronto Maple Leafs on Monday night.

It’s the first of three games in five days between the two clubs. They’ll square off again in Ottawa on Thursday night before returning to Winnipeg on Saturday.

Winnipeg was without forward Patrik Laine (upper-body injury) for a second straight game. He was listed as day to day as the Jets opened a stretch with five games in seven nights.

Rookie forward Tim Stutzel, who’s dealing with a nagging minor injury, didn’t play for Ottawa. The third overall selection in the 2020 NHL draft, who has a goal through two games with the Senators, is also considered day to day.

The Breakers is taking a break.The ...