Tyler Bertuzzi scored 15 seconds into overtime and Bobby Ryan became the first player to score four times in his first three games with Detroit, leading the Red Wings to a 3-2 win over the Columbus Blue Jackets on Tuesday night.

Bertuzzi was credited with the winning goal after the puck went off him and into the net following a rebound off Dylan Larkin's shot.

Ryan had a tiebreaking goal late in the second after Anthony Mantha pulled Detroit into a 1-all tie with a power-play goal early in the period. 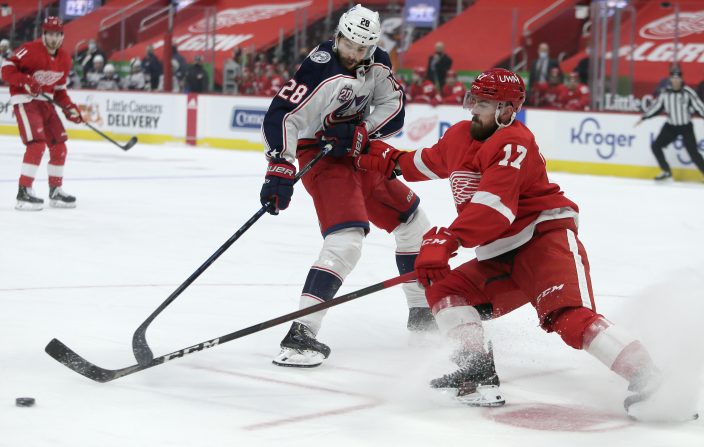 Jonathan Bernier made 22 saves for the Red Wings, who split their season-opening, four-game homestand in a relatively strong start after easily being the NHL's worst team last season.

Columbus' Boone Jenner scored 1:38 into the game, and Alexandre Texier tied it 5:04 into the third period on a goal that stood after the Red Wings challenged, hoping it would be negated by goaltender interference. 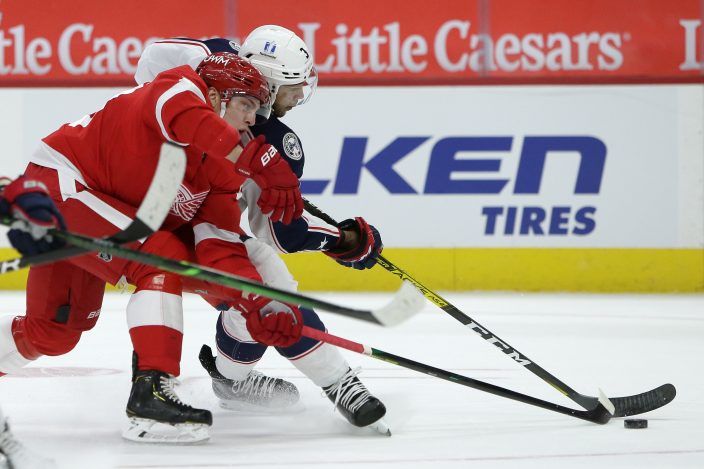 The Blue Jackets have not had newly acquired center Mikko Koivu in the lineup this season due to NHL’s COVID-19 protocols. Detroit center Robby Fabbri and winger Adam Erne were out for a second straight game due to the protocols after both played in the first two games of the season.

Fox Sports Ohio analyst Jody Shelley was not a part of the Blue Jackets' broadcast, citing an abundance of caution. 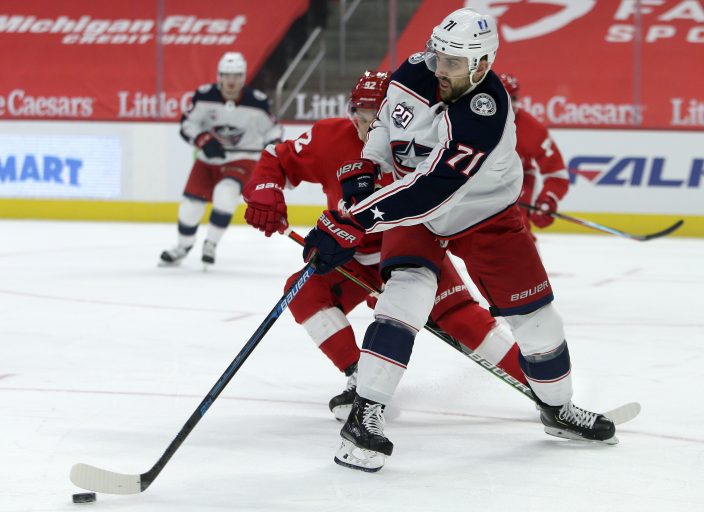 Columbus is headed home for the first time this season, hosting the defending Stanley Cup champion Tampa Bay Lightning on Thursday night. The Blue Jackets also will face Florida on their homestand.

The Red Wings go on the road for the first time this season, playing Chicago for the first of two games on Friday night. Detroit also is scheduled to visit Dallas on Jan. 26 and 28. The Stars had their first four games postponed after 17 players tested positive for COVID-19.