Brad Holmes was not even a candidate when the Detroit Lions began their search for a general manager nearly two months ago.

After a process that included interviewing him and 11 others for the vacancy, Holmes won the Lions over and landed a job he didn't dream of when his NFL career began as a public relations intern in 2003.

“He stood out to us as the perfect fit," team owner Sheila Ford Hamp said on a Zoom call with reporters on Tuesday, days after the team agreed to a deal with Holmes. 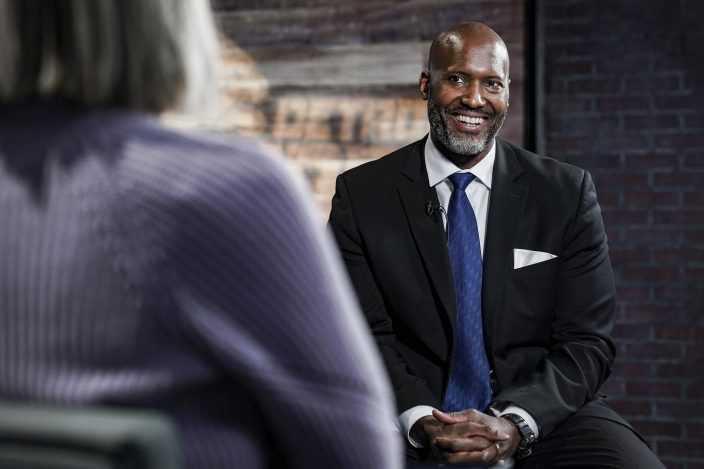 The Lions love Holmes' combination of leadership skills, intelligence and personality along with his collaborative approaches.

Holmes' ability to use analytics to project which players will have success in the league, drawing on his 18 years of experience with the Los Angeles Rams, particularly impressed the Lions. 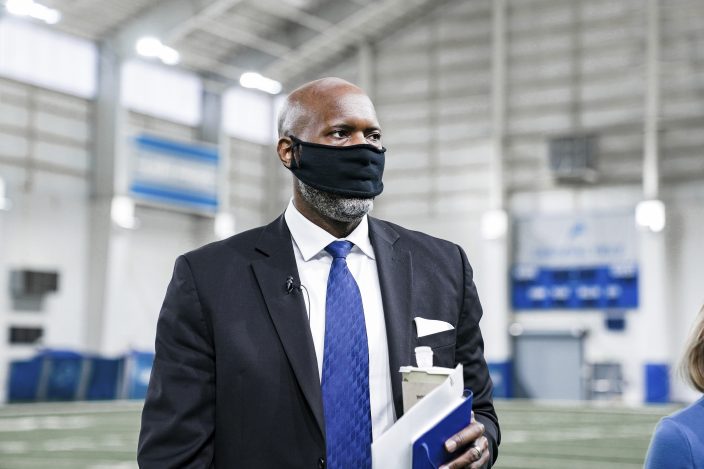 The Atlanta Falcons had Holmes as a finalist before hiring Terry Fontenot as general manager on Tuesday. Holmes joins Fontenot, Miami’s Chris Grier and Cleveland’s Andrew Berry as Black general managers in the NFL.

When Holmes worked on a vision board before getting married, he cut out a picture of former Baltimore Ravens general manager Ozzie Newsome, who is Black, hoisting the Lombardi Trophy. 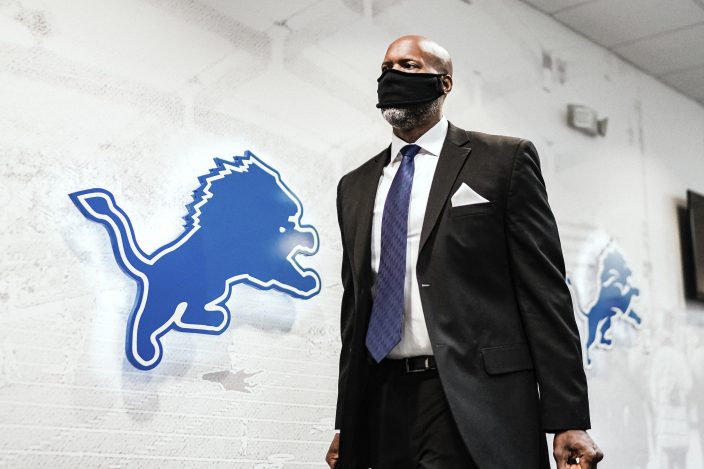 Hamp fired general manager Bob Quinn and coach Matt Patricia in November soon after Hamp was photographed covering her face with her hands during a loss to Houston.

Detroit was 5-11 last season — its 13th season with double digits in losses this century — and has had only one playoff victory since winning the 1957 NFL title.

While tearing the team apart and starting over seems to make sense in the long term, it does not to the first-time general manager in charge of the franchise.

“Please don’t get mad at me like if I don’t use the word ‘rebuild’ if I just continue to pivot towards retool," Holmes said.

The Lions are expected to hire New Orleans Saints tight end coach Dan Campbell to be their head coach, perhaps as soon as Wednesday, and plan to let him and Holmes work together to make big decisions this offseason.

Choosing to keep or trade quarterback Matthew Stafford along with trying to improve the defense will be their top priorities.

Stafford has two years left on his $135 million, five-year contract.

“It is my job to evaluate the entire roster,” Holmes said. “I have not had any discussions with Matt or any players. I just want to be fair to the process, but obviously, Matt is a very good football player."

Detroit gave up 519 points and 6,716 yards last season, breaking records set by its winless team in 2008 and ranked among the worst in NFL history in both categories.

“I do think that there are some building blocks on this defense currently," Holmes insisted.

Holmes led the Rams’ college scouting department for eight years and began his 18-year career with them as a public relations intern, choosing to work for that franchise instead of having the same opportunity with the Lions.

When Holmes returned to Detroit's training facility last week for a second interview, it hit him how far he has come in his career.

“I had not been in this building since I interviewed for that PR internship," he said. “Coming back here now as the general manager, that was definitely a pinch-me moment where it really just sunk in."

Holmes, who is from Tampa, Florida, managed scouts and evaluated every NFL-caliber prospect in the country as the director of college scouting the past eight years. During his career with the Rams, they had 20 All-Pro players and 37 Pro Bowlers.

Holmes played defensive tackle and was a captain at North Carolina A&T, graduating in 2002 with a degree in journalism and mass communications. His father, Mel, played guard for the Pittsburgh Steelers in the early 1970s and uncle Luther Bradley was drafted as a defensive back by Detroit in 1978.

“We had some terrific other people that we could have gotten,” Hamp said. “Brad just struck us as head and shoulders above.”