MacKinnon, selected by the Avalanche with the first overall pick in 2013, had a pair of assists to become the fourth player in Colorado history to reach 500 points. He picked up the milestone point late in the second period when he fed Rantanen on a cross-ice pass for a power-play goal to give the Avs a 3-0 lead.

Brandon Saad scored 3:07 into the game before Toews and Rantanen scored less than two minutes apart in the second. Toews scored for the second straight game when he took advantage of a screen down low and put in a slap shot just inside the post at 14:11. That was followed by Rantanen's goal at 16:06. 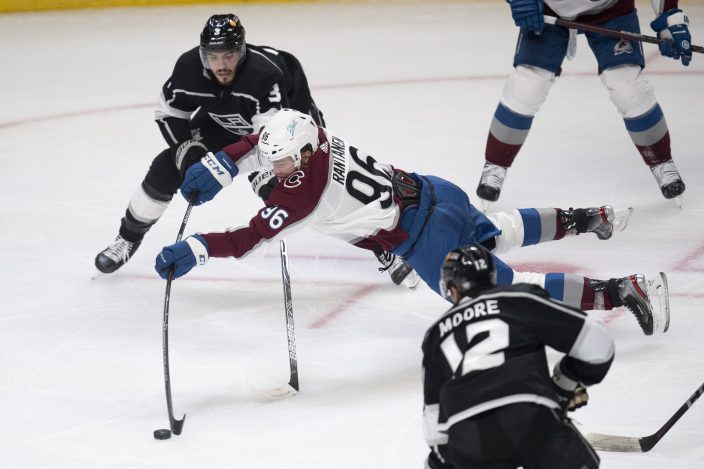 Athanasiou put the Kings on the board at 7:50 of the third with a wrist shot from the left faceoff circle for his third goal in three games. Kempe brought the Kings within one at 14:22 with a power-play goal. 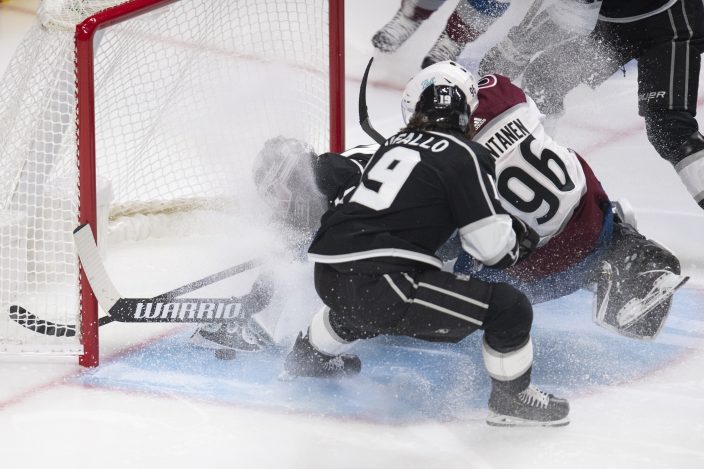 Los Angeles Kings goaltender Calvin Petersen, left, dives to stop the puck rolling behind him during the second period of the team's NHL hockey game against the Colorado Avalanche on Tuesday, Jan. 19, 2021, in Los Angeles. (AP PhotoKyusung Gong)

Rantanen was initially credited with a goal 27 seconds into the second period after Petersen was unable to cleanly glove McKinnon's wrist shot. But the goal was disallowed when replay determined Rantanen interfered with Petersen in the crease.

Colorado and Minnesota traded defensemen on Tuesday, with the Avalanche acquiring Greg Pateryn in exchange for Ian Cole. Pateryn is in his eighth season and has two assists in three games.

Avalanche: Colorado has outscored opponents 6-0 in the second period. 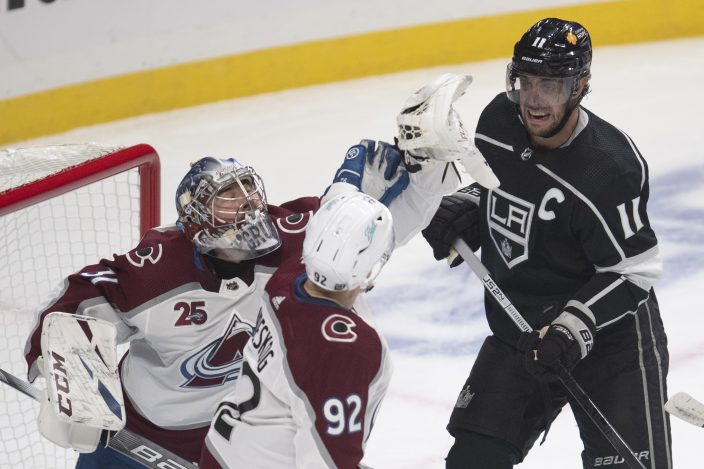 Kings: Lias Andersson was activated from the taxi squad and centered the fourth line.

The teams meet again on Thursday.