In the 16 years since the salary cap has been a reality in the NHL, it has never been this much of a challenge to maneuver.

Teams that made moves in 2019 and right up to the 2020 trade deadline expected the cap to increase substantially from the current $81.5 million. Then the pandemic hit, the league and players' association agreed to freeze the ceiling at that number, and executives had to get creative to be cap-compliant for opening night of the most unusual season in hockey history.

The defending Stanley Cup champion Tampa Bay Lightning set a roster that, when injury allowances are factored in, is just $334 from the cap ceiling. It’s a similar situation for the St. Louis Blues, who are within $300,000 of the cap with hopes of adding Vladimir Tarasenko when he’s ready to return from another shoulder operation. The Vegas Golden Knights started with the an unusual lineup of five defensemen and 13 forwards because they figured playing short on the blue line was less risky than exposing a young player to waivers. 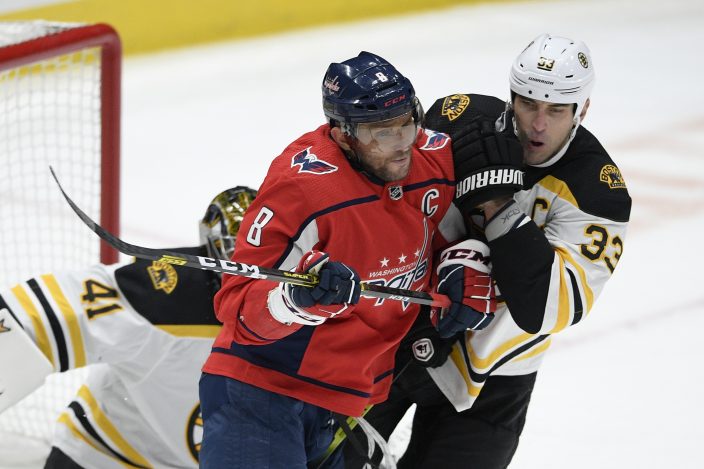 FILE - Washington Capitals left wing Alex Ovechkin (8), of Russia, and Boston Bruins defenseman Zdeno Chara (33), of Slovakia, battle for position during the third period of an NHL hockey game in Washington, in this, Wednesday, Dec. 11, 2019, file photo. The Capitals won 3-2. Ovechkin goes into the final year of his contract with the Capitals looking to win the Stanley Cup for the second time. He’ll have 43-year-old past champion Zdeno Chara with him but not Henrik Lundqvist chasing his first title, after tests showed the veteran goaltender couldn’t keep playing because of a heart condition. (AP PhotoNick Wass, File)

“This is the hardest year to manage a flat cap,” Blues general manager Doug Armstrong said by phone. “It’s certainly no one’s fault at the league or the PA or the players or the management. It just caught everybody off guard.”

A team can’t be over the cap and would have to play with fewer than the standard 18 skaters if necessary. It has happened a handful of times since the cap was implemented in 2005.

What's usually a difficult balancing act became a trapeze show this year for GMs and their cap gurus to save every dollar. According to the database site Puckpedia, 22 of 31 teams either started the season using the long-term injured reserve exemption to go over or were within $2 million of the cap. 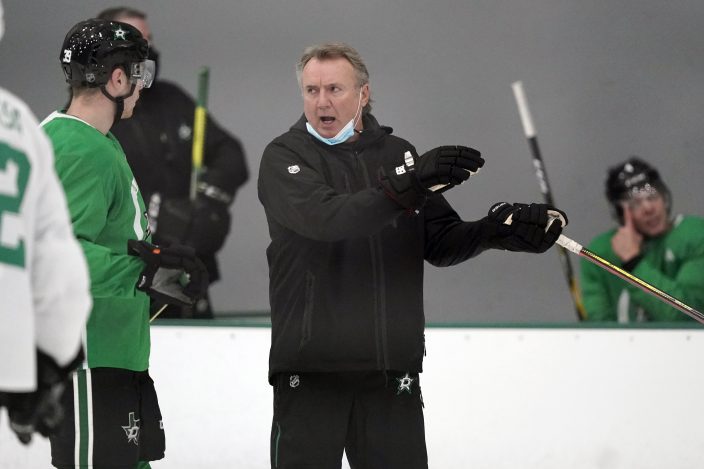 The Lightning faced a crunch before becoming bubble hockey champions and were only able to avoid more treacherous cap gymnastics and losses when star Nikita K ucherov was lost for months because of a hip injury that required surgery. They still gave up a second-round pick and center Cedric Paquette in a trade with Ottawa and had to play opening night without forward Tyler Johnson to make it work. He was stashed on the taxi squad -- created just this season to help teams deal with roster headaches -- after clearing waivers.

"It isn’t ideal, but it’s manageable," Tampa Bay GM Julien BriseBois said. “Part of the ingredients necessary to success in the NHL is team depth. In order to have team depth, you need to properly manage your cap space.”

Even without Kucherov — who could be activated for the playoffs when the cap doesn't matter — Tampa Bay is again a title contender.

“A big part of that is what Julien was able to do,” coach Jon Cooper said. “To be able to keep a group together that had some success last year, obviously, that took some work. And you have to be prepared for every scenario that’s going to come at us. He was.”

Armstrong and Blues assistant Ryan Miller were, too. They went through several “what if?” scenarios after it was clear forward Alex Steen couldn't keep playing because of an injury.

Much like the Washington Capitals used long-term injury cap allowances to make up for losing goaltender Henrik Lundqvist and defenseman Michal Kempny by signing former Boston captain Zdeno Chara, the Blues made the most of Steen's retirement by adding one of the top free agents available in Mike Hoffman just before training camp.

Oh, and they should get Tarasenko back healthy and under the cap just in time for the stretch run.

“Our goal is to have him ready,” Armstrong said.

And the dance isn’t over. The Montreal Canadiens continue to cycle some of their top young players through their taxi squad for no reason other than to bank cap space for later; those players don’t need waivers and instead are paid minor league salary for taxi squad days while they practice and await a call-up.

The NHL's first COVID-19 outbreak came for the Dallas Stars, who had 17 players test positive for the virus. Their first four games were postponed with the new season opener scheduled for Friday at Nashville, which had its game Tuesday against Carolina postponed.

“I’ve laid out this whole thing and a map on a day-to-day basis and it’s in pencil, so we can erase it and change it,” Bowness said. “We’ll adapt and we’ll just roll with what each day brings us.”

The Boston Bruins are the only team (aside from Dallas) to not score an even-strength goal so far this season. They've won a game in a shootout, lost one in overtime and were shut out in regulation.

"Yes, I would say there would be some frustration," coach Bruce Cassidy. “That’s been a bit of a challenge for our (defensemen) is getting shots through on a consistent basis and being there to get the tips and screens and those kind of ugly goals. That’s the challenge in front of us, and we’ll keep harping on it.”

The Bruins hope to get on track against the Philadelphia Flyers on Thursday night in the first half of a two-game series in Boston.