The Tampa Bay Buccaneers have a chance to make history at Green Bay on Sunday. If they do, it might come with an asterisk.

No team has ever played a Super Bowl in its home stadium. Tom Brady and the underdog Bucs (13-5) will try to become the first to do so by winning the NFC championship game against the Packers (14-3). The Super Bowl will take place two weeks later at Raymond James Stadium in Tampa, Florida.

It would be some feat for the wild-card Bucs to reach the NFL finale after playing three road playoff games. The prize would be much different this year, though, because the Super Bowl will be played in front of a far smaller crowd than usual. 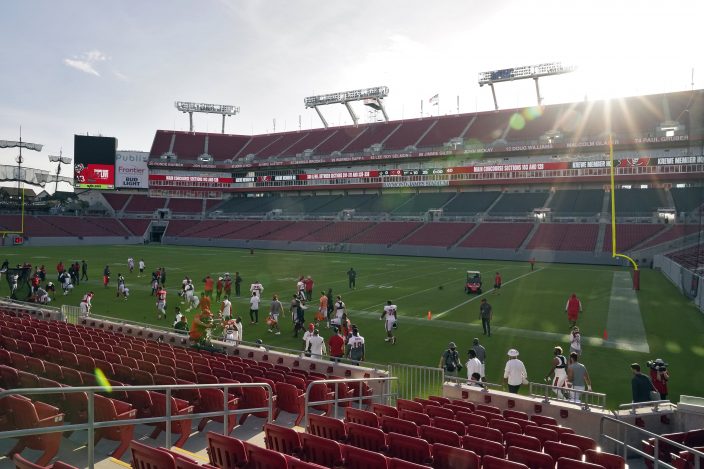 Tampa Bay averaged 14,483 fans for its eight home games in 2020 — about 22% of stadium capacity. The NFL is planning for 20% capacity at the Super Bowl on Feb. 7, according to ESPN. Fans will be in pods separated by 6 feet, and masks will be required in accordance with local COVID-19 safety protocols.

Capacity at Raymond James Stadium is 65,890, so a little more than 13,000 fans are expected inside to finish a season played during a pandemic. It’s a huge drop from the 75,000 that would have been expected with additional temporary bleachers in the end zones.

So if Tampa Bay advances to the big game, it won’t gain a significant advantage by playing in front of its home crowd. Technically, it won't even be a sellout, and the game would set an attendance record for the smallest Super Bowl crowd. 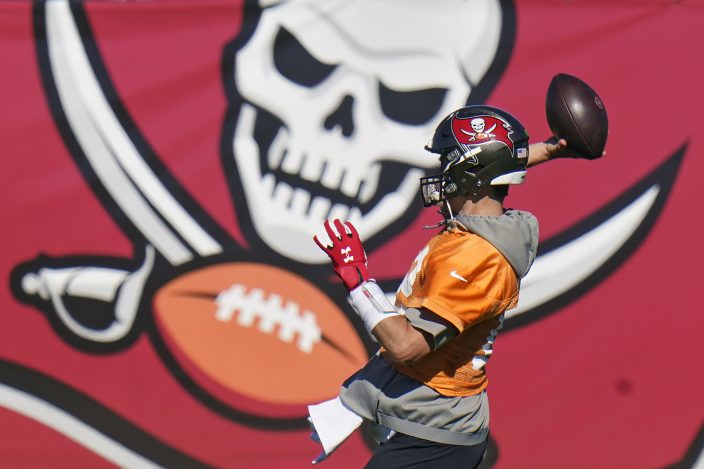 The first Super Bowl in 1967 was played in front of 61,946 fans at the Los Angeles Coliseum. It’s the only one that didn't sell out.

In the 53 Super Bowls since, just two teams have played the game in their home region: the 1984 San Francisco 49ers beat Miami in Super Bowl 19 in Stanford Stadium rather than Candlestick Park; and the 1979 Los Angeles Rams lost Super Bowl 14 to Pittsburgh in the Rose Bowl instead of the Los Angeles Memorial Coliseum.

Here’s a look at the other NFL teams that made the playoffs the season their home stadiums hosted the Super Bowl and came up short: 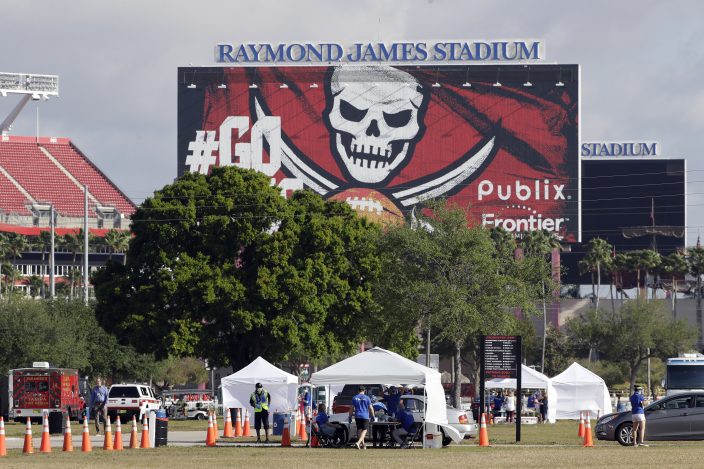 FILE - In this March 25, 2020, fikle photo, medical personnel from BayCare test people for the coronavirus in the parking lot outside Raymond James Stadium in Tampa, Fla. Nobody can say with precise certainty how many coronavirus tests that the NBA, NHL and Major League Baseball would need before those leagues can resume playing games. (AP PhotoChris O'Meara, File)

Coming off the “Minnesota Miracle” at home against New Orleans — Stefon Diggs hauled in a 61-yard touchdown pass from Case Keenum on the final play — the Vikings traveled to Philadelphia for the NFC title game and got shellacked 38-7. Eagles backup Nick Foles threw for 352 yards and three touchdowns, a sign of things to come in the Super Bowl against New England.

The Texans won the AFC South and were the No. 4 seed heading into the AFC playoffs. They beat Oakland in a wild-card game but lost 34-16 the following week on the road to Brady and New England. It was quarterback Brock Osweiler’s final start for Houston. Brady went on to win his fifth of six championships, this one in come-from-behind fashion after trailing Atlanta 28-3 late in the third quarter.

The Dolphins were the No. 4 seed in the AFC and beat division rival Buffalo at home to open the playoffs. They barely showed up the following week in Denver, getting smoked 38-3 by a team that featured four future Hall of Famers: quarterback John Elway, running back Terrell Davis, tight end Shannon Sharpe and safety Steve Atwater. Another Hall of Famer, Dan Marino, threw a pair of interceptions. Elway and the Broncos went on to claim their second straight championship.

The Dolphins were the No. 3 seed four years earlier with the Super Bowl set to be played at Joe Robbie Stadium. They beat Kansas City to open the playoffs and traveled cross-country to face San Diego in the divisional round. Miami led 21-6 after Marino’s third TD pass of the day just before halftime. But it was all Chargers from there. They scored 16 unanswered points in the second half, including the go-ahead touchdown with 35 seconds remaining. Pete Stoyanovich missed wide right from 48 yards out on Miami’s final play. San Diego went on to beat Pittsburgh in the AFC title game before losing to juggernaut San Francisco in the Super Bowl in Miami.

The Dolphins lost to Houston at home in a wild-card game, ending any chance they had of returning to the Orange Bowl for the Super Bowl. Pittsburgh beat Dallas for its third Vince Lombardi Trophy in five years.

The wild-card Dolphins lost at Oakland 21-14 in the opening round of the AFC playoffs and ended up watching Baltimore beat Dallas in Super Bowl 5 at the famed Orange Bowl in Miami.