Priyanka Chopra Jonas was scrolling through Twitter a few years ago when she saw a headline that a film adaptation of “The White Tiger” was in the works. She immediately got on the phone to her agent. Her request: Please call the producers and offer her services. At the very least, she wanted to executive produce and help use her platform to get the word out.

Aravind Adiga's novel about a driver in India who rises to become a successful businessman despite the stratified caste system was an international bestseller and critical darling, winning the Man Booker Prize in 2008. In the film, which hits Netflix Friday, Jonas not only got that producer credit, but co-stars as well.

“(The book) had a profound effect on me,” Jonas said. “It made me uncomfortable and made me think about a part of the world that we sort of desensitize ourselves to.” 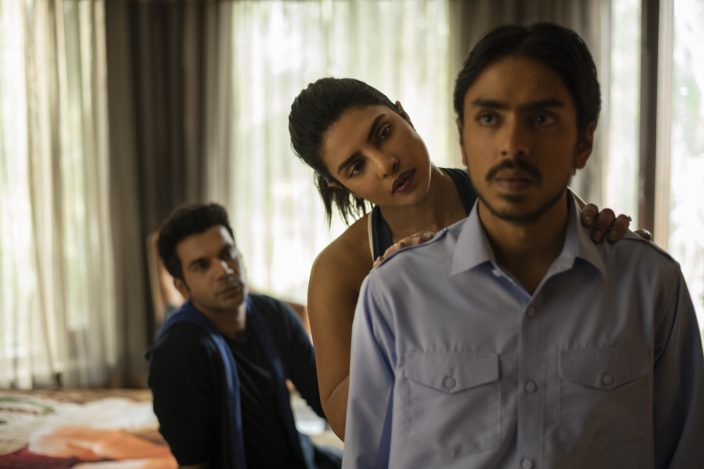 This image released by Netflix shows ​Rajkummar Rao, from left, Priyanka Chopra and Adarsh Gourav ​in a scene from "The White Tiger." (Tejinder Singh Khamkha​Netflix via AP)

People have been trying to get a film adaption of “The White Tiger” off the ground for years. Producer Mukul Deora scooped up the film rights a decade ago. But it’s safe to say no one has been hoping to make an adaptation as long as Ramin Bahrani. The “99 Homes” director and Adiga have been friends since their days at Columbia University in the '90s and he was reading rough drafts of the novel years before it was published. He’s even on the dedication page.

“It’s an epic story that required a lot of financing and money and resources to get it made in India,” Bahrani said. “That wasn’t so easy when the novel came out.”

Deora told him it was fated to be. But even with the precedence of films like “Slumdog Millionaire,” they didn’t think one of the traditional studios would make the film at the level they wanted because, as Bahrani said, “There are no comic book characters in it and they’re not flying around shooting and killing one another and encouraging us to go to war.” 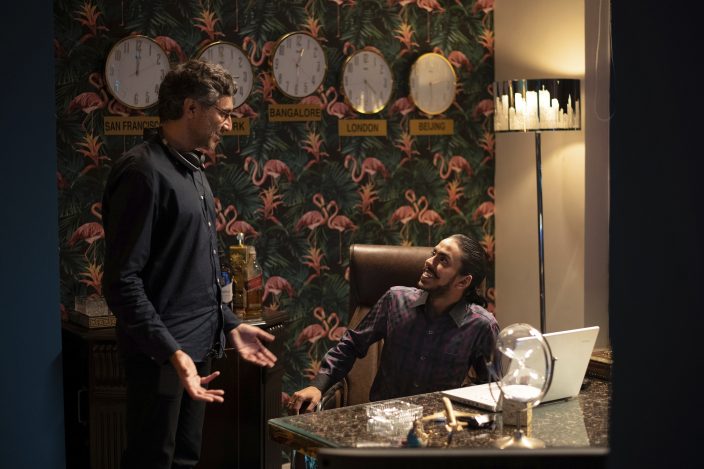 This image released by Netflix shows ​director Ramin Bahrani, left, and Adarsh Gourav on the set of "The White Tiger." (Tejinder Singh Khamkha​Netflix via AP)

So they tried Netflix.

“They were hungry for it,” Bahrani said. “They have an appetite for global stories, for voices that are not typically represented behind a camera or in front of the camera.”

At the core of the story is Balram, who narrates his own journey from a small village to being the head chauffeur for a prominent and corrupt family. Big international and Bollywood stars were interested in the part, but Bahrani had a different idea. 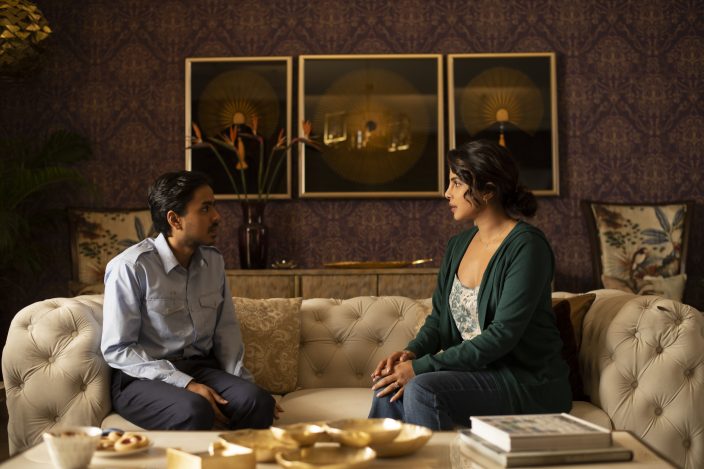 This image released by Netflix shows ​Adarsh Gourav, left, and ​Priyanka Chopra​ ​in a scene from "The White Tiger." (Tejinder Singh Khamkha​Netflix via AP)

“It seemed to me that this story about an underdog from the underclass should be played by an Indian and hopefully an unknown Indian, not a movie star,” he said.

The man they found was Adarsh Gourav, a local working actor who had not had a lot of luck lately.

“I thought it was beyond my league,” Gourav said. 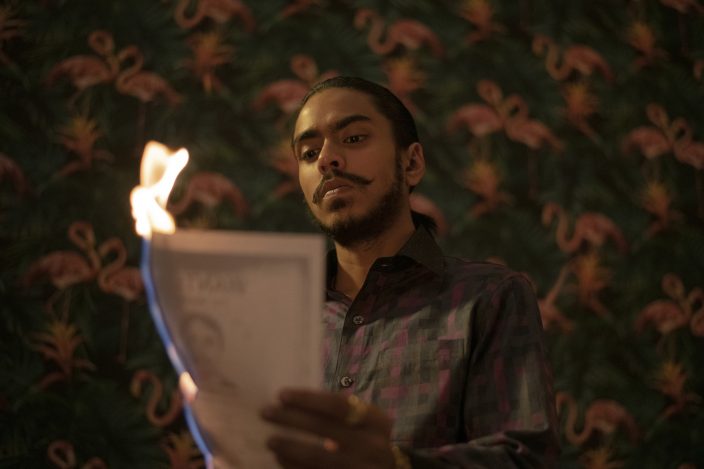 This image released by Netflix shows ​Adarsh Gourav ​as ​Balram​ ​in a scene from "The White Tiger." (Tejinder Singh Khamkha​Netflix via AP)

He went to the audition without much hope. But Bahrani saw in him exactly what he was looking for.

“His smile was so inviting and so charming and he could turn on a dime,'” Bahrani said. ‘He had that duality the part needed.”

After a month of call backs, Bahrani told Gourav he’d gotten the role. “It felt so surreal I couldn’t even react,” Gourav said. “I couldn’t process it.”

Gourav was a fan of the book, too. It made him realize his own privilege when he’d read it as a teenager and he wanted to do the role justice, so he committed to trying to understand the circumstances of his character’s life. He lived in a small village for a few weeks and even worked in a small food shop in Delhi, where he’d clean plates and sweep floors for the equivalent of $1.50 a day.

“It was a very humbling experience,” Gourav said.

The film does have a major Bollywood star in Rajkummar Rao, and, of course Jonas whose stardom is now global. But it may still be a revelation for U.S. audiences who have yet to see the scope of Jonas’ acting talents.

“I see myself at the beginning of my career and in the States right now,” Jonas said. "I’ve never (thought) just because I’ve had a career with almost 50 movies somewhere else that I should have that same kind of reception in a country that doesn’t know me. (But) when I first came over to this side of the world, it was hard because not a lot of parts are written for people who look like me.”

She had to fight for roles that were more than stereotypes. Even Pinky, who is married to Balram's boss, required a little bit of an update for the film. In the book she’s seen only through Balram’s voyeuristic eyes. In the film, she’s a more fully realized person.

Jonas has also taken it upon herself to get more South Asian stories out in the world through her production company, Purple Pebble Pictures.

“We’re one fifth of the world’s population, but you don’t see that represented in global entertainment,” she said.

Eventually she’d like to direct, too. Her husband, Nick Jonas, has advised her to, “Stop overthinking it and just go do it.”

And she thinks streaming services are helping to broaden people’s horizons and introduce them to global content.

Jonas does hope that non-Indian audiences understand that “The White Tiger” is set at the turn of the 21st century and that modern India is very different from what is depicted in the book and film. The class divide, she said, is a metaphor for the vast wealth disparity in every country.

Of course “The White Tiger” is also, first and foremost, entertainment with some “Goodfellas” touchstones.

“We tried to make a fun, fast, propulsive movie with a great lead character and an amazing set of performances,” Bahrani said. “Anything else is a bonus.”