Baker Mayfield checked every box for the Browns this season: he matured as a player, took them back to the playoffs, solidified himself as a leader.

Cleveland's long search for a franchise quarterback appears to be over. 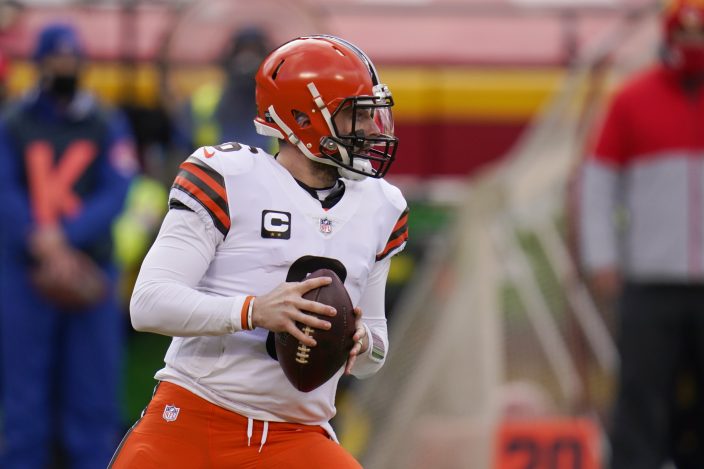 Cleveland Browns quarterback Baker Mayfield throws a pass during the first half of an NFL divisional round football game against the Kansas City Chiefs, Sunday, Jan. 17, 2021, in Kansas City. (AP PhotoJeff Roberson)

However, while praising Mayfield's improvement and growth in his third season, Berry wouldn't publicly comment on the team's future plans with the 25-year-old. The Browns can pick up Mayfield's fifth-year option this offseason and possibly sign him to a long-term extension.

“I don’t think that this is really the appropriate forum to really talk about those decisions,” Berry said during a Zoom call wrapping up the Browns' season, which ended Sunday with a 22-17 loss to the Kansas City Chiefs in the divisional round. ”That's something that’s a little more personal to me, the player and the agent.

“What I can tell you is really I’d echo the comments I had last week with Baker. He did an excellent job this year, right? He led us to the first playoff appearance in eons. He got 12 wins, played winning football all year, developed a really strong relationship with (coach) Kevin (Stefanski) and the offensive staff and really grew before our eyes on a week-to-week basis both on and off the field. 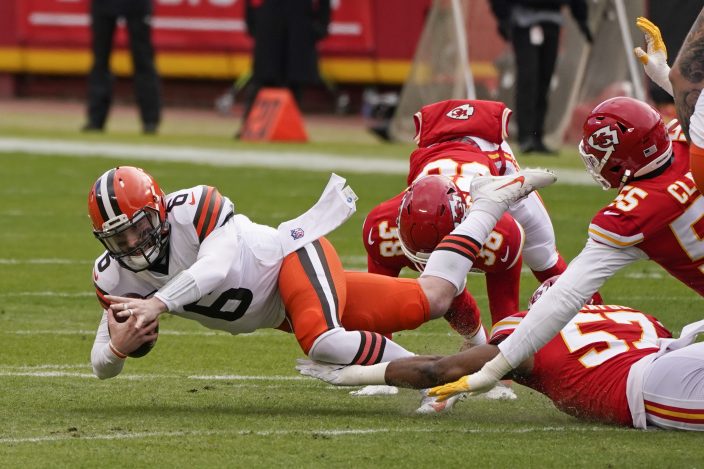 "Look, we wouldn’t be where we were at the end of the season without his performance. He had a really strong season.”

The No. 1 overall draft pick in 2018, Mayfield made better decisions on the field this season and showed more maturity off it. After an inconsistent start, Mayfield threw 20 touchdown passes and three interceptions in his last 12 games.

The Browns have until May to pick up Mayfield's fifth-year option, which is expected to be around $20 million and will be guaranteed under the collective bargaining agreement reached last year.

Assuming the Browns believe in Mayfield, and there's no evidence they don't, it would make sense for the team to lock him up with a multi-year contract.

Mayfield may not be an elite quarterback, but he's resolved the biggest stumbling block over the past two decades for the Browns, who went through 29 starting QBs before they picked the 2017 Heisman Trophy winner.

He's far from a finished product, but Mayfield showed this season that he's determined to get better.

“You saw growth from him as a player from the first game to the last,” Stefanski said. "Really pleased with his progress, and I think he recognizes that he has room to grow like we all do. It is just having that mindset that he is going to constantly improve.”

NOTES: Berry said WR Odell Beckham Jr.'s rehab from knee surgery is going well. He rejected the notion the Browns' offense thrived after Beckham was lost in October. “Our offense evolved,” he said. ... Berry said star DE Myles Garrett doesn't need surgery after suffering an oblique injury against the Chiefs. ... Berry expects S Grant Delpit (ruptured Achilles tendon) and CB Greedy Williams (shoulder nerve) to be back and healthy next season. “I’m very optimistic and bullish on their physical recovery and their ability to play at a high level for us,," he said.