Two Florida men, including a self-described organizer for the Proud Boys, a far-right extremist group, were arrested Wednesday for taking part in the siege of the U.S. Capitol earlier this month, authorities said.

Joseph Biggs, 37, was arrested in central Florida and faces charges of obstructing an official proceeding before Congress, entering a restricted on the groups of the U.S. Capitol and disorderly conduct.

According to an arrest affidavit, Biggs was part of a crowd on Jan. 6 that overwhelmed Capitol Police officers who were manning a metal barrier on the steps of the Capitol. The mob entered the building as lawmakers were certifying President Joe Biden’s election win. 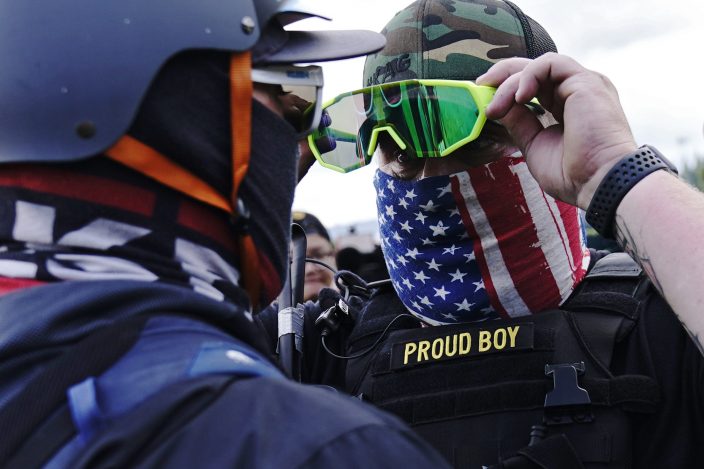 A member of the Proud Boys, right, stands in front of a counter protester as members of the Proud Boys and other right-wing demonstrators rally on Saturday, Sept. 26, 2020, in Portland. President Donald Trump didn't condemn white supremacist groups and their role in violence in some American cities this summer. Instead, he said the violence is a "left-wing" problem and he told one far-right extremist group to "stand back and stand by." (AP PhotoJohn Locher)

Biggs appeared to be wearing a walkie-talkie during the storming of the Capitol, but he told FBI agents that he had no knowledge about the planning of the destructive riot and didn’t know who organized it, the affidavit said.

Ahead of the riot, Biggs told followers of his on the social media app Parler to dress in black to resemble the far-left antifa movement, the affidavit said.

Biggs had organized a 2019 rally in Portland, Oregon, in which more than 1,000 far-right protesters and anti-fascist counter-demonstrators faced off. 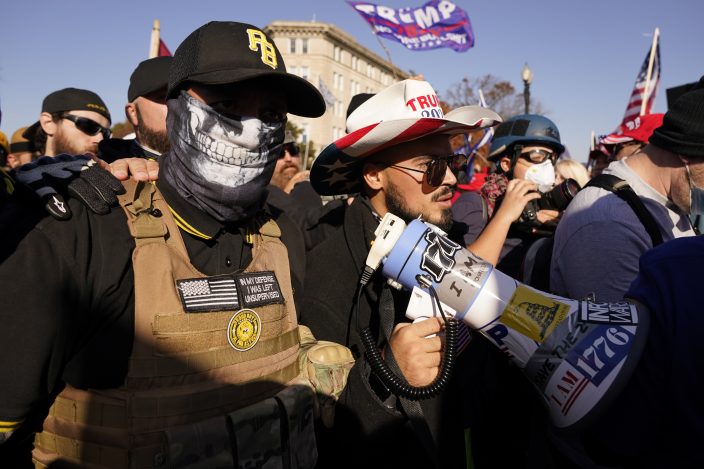 People identifying themselves as members of the Proud Boys join supporters of President Donald Trump as they march Saturday Nov. 14, 2020, in Washington. (AP PhotoJacquelyn Martin)

The Proud Boys are a neofascist group known for engaging in violent clashes at political rallies. During a September presidential debate, Trump had urged them to “stand back and stand by” when asked to condemn them by a moderator.

An online court docket did not indicate whether Biggs has an attorney who could comment.

Jesus Rivera, 37, also was arrested Wednesday in Pensacola. He faces charges of knowingly entering a restricted building, intent to impede government business, disorderly conduct and demonstrating in the Capitol buildings. 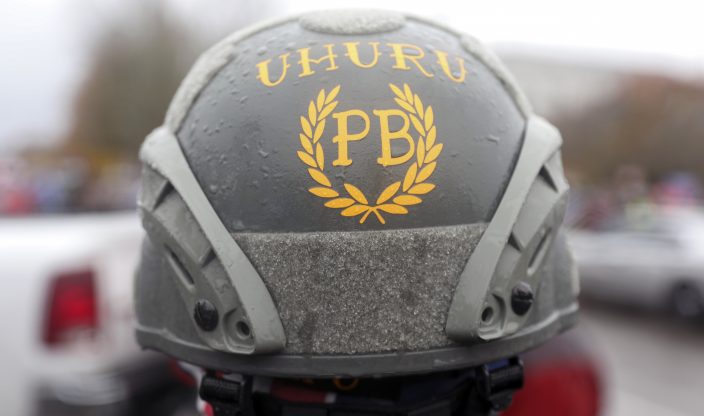 A member of the Proud Boys stands by during a rally to protest the results of the election at the Oregon State Capitol in Salem, Ore., Saturday, Nov. 14, 2020. (Brian HayesStatesman-Journal via AP)

Rivera uploaded a video to Facebook showing himself in the U.S. Capitol crypt, authorities said. The five-minute video ends with Rivera starting to climb out a window at the Capitol, according to an arrest affidavit.

An online court docket also did not list an attorney for Rivera.

The cases are being handled by federal prosecutors in the District of Columbia. More than a half-dozen other Floridians have been charged in relation to the Capitol assault.

After weathering a year of the cor ...