President Joe Biden on Wednesday revoked a recent Trump administration report that aimed to promote “patriotic education” in schools but that historians mocked and rejected as political propaganda.

In an executive order signed in his first day in office, Biden disband Donald Trump’s presidential 1776 Commission and withdrew a report it released Monday. Trump established the group in September to rally support from white voters and as a response to The New York Times’ “1619 Project,” which highlights the lasting consequences of slavery in America.

In its report, which Trump hoped would be used in classrooms across the nation, the commission glorifies the country’s founders, plays down America’s role in slavery, condemns the rise of progressive politics and argues that the civil rights movement ran afoul of the “lofty ideals” espoused by the Founding Fathers. 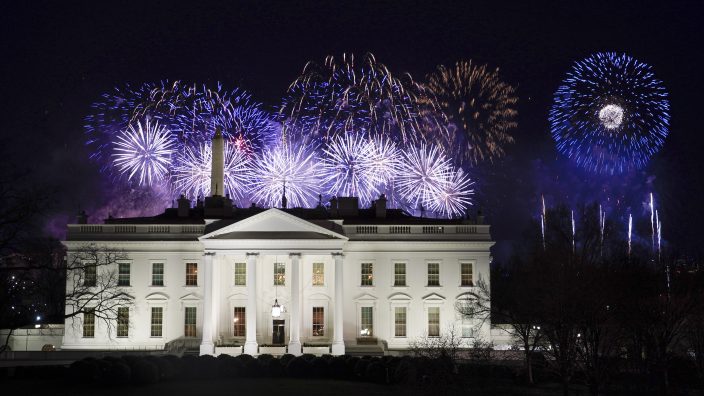 The panel, which included no professional historians of the United States, complained of “false and fashionable ideologies” that depict the country’s story as one of “oppression and victimhood.” Instead, it called for renewed efforts to foster “a brave and honest love for our country.”

Historians widely panned the report, saying it offers a false and outdated version of American history that ignores decades of research.

“It's an insult to the whole enterprise of education. Education is supposed to help young people learn to think critically,” said David Blight, a Civil War historian at Yale University. “That report is a piece of right-wing propaganda.”

Trump officials heralded the report as “a definitive chronicle of the American founding,” but scholars say it disregards the most basic rules of scholarship. It offers no citations, for example, or a list of its source materials.

It also includes several passages copied directly from other writings by members of the panel, as one professor found after running the report through software that's used to detect plagiarism.

Matthew Spalding, the panel’s executive director and a vice president at the conservative Hillsdale College, denied any wrongdoing, saying the panel's members “contributed our own work and writing, under our own names, to the 1776 Report, which was an advisory report to the president.”

Spalding and other commission leaders did not immediately respond to other criticism leveled against the report.

In his order dissolving the panel, Biden said it “sought to erase America’s history of racial injustice.”

The American Historical Association condemned the document, saying it glorifies the founders while ignoring the histories and contributions of enslaved people, Indigenous communities and women. In a statement also signed by 13 other academic groups, the organization says the report seeks “government indoctrination of American students.”

The sharpest criticism of the report was directed at its presentation of slavery and race. The report attempts to undermine allegations of hypocrisy against Founding Fathers who owned slaves even as they espoused equality. It also attempts to soften America's role in slavery and explain it as a product of the times.

“Many Americans labor under the illusion that slavery was somehow a uniquely American evil,” the panel wrote in the 20-page report. “The unfortunate fact is that the institution of slavery has been more the rule than the exception throughout human history.”

Blight, at Yale, compared it to “a sixth or seventh grade kind of approach to history — to make the children feel good.” He added: “But it's worse than that, because it comes out of an agenda of political propaganda.”

The authors argue that the civil rights movement was distorted to advance programs promoting inequality and “group privilege.” It complains, for example, about affirmative action and other forms of “preferential treatment."

Ibram X. Kendi, a scholar and historian of racism at Boston University, called the report “the last great lie from a Trump administration of great lies.”

“If we have commonly been given preferential treatment, then why do Black people remain on the lower and dying end of nearly every racial disparity?” Kendi said on Twitter. “Whenever they answer this question, they express racist ideas of Black inferiority while claiming they are ‘not racist.’”

Other scholars underscored what was left out. The report includes nothing of Native American history, and its only reference to Indigenous people is a racial slur quoted from the Declaration of Independence.

In one passage jeered by historians, the authors draw a comparison between the progressive movement in America and fascist dictator Benito Mussolini.

James Grossman, executive director of the American Historical Association, said the report is intended to discredit contemporary public policies rooted in America’s progressive reform movement. He worries that, even after Biden dissolved the commission, its report could end up in some classrooms.

“Historians need to be paying attention to curriculum conversations in localities and at the state level,” Grossman said. “The nonsense that’s in this report will be used to legitimate similar nonsense.”

In a public meeting of the commission this month, some members held out hope that Biden would keep the commission alive. But others said they needed to push the report to state and local education officials.

“It’s really going to be up to governors and state legislators and school board members and parents and higher education commissioners even students to take this charge and carry this work forward,” said Doug Hoelscher, a White House assistant under Trump.

The report ultimately demands a shift in teaching at schools and at U.S. universities, which the panel describes as “hotbeds of anti-Americanism.” It denounces any teaching that breeds contempt for American ideals, blaming that kind of “destructive scholarship” for the nation’s divisions and for “so much of the violence in our cities.”

“To restore our society,” the report says, “academics must return to their vocation of relentlessly pursuing the truth and engaging in honest scholarship that seeks to understand the world and America’s place in it.”

Gary Sánchez has impressed the New ...