Under new protocols to prevent the spread of COVID-19, tourists must be tested for the virus in their country 72 hours prior to their flight, when they arrive at their hotel in Sri Lanka and again seven days later. They must stay in a “travel bubble” designated in 14 tourism zones without mixing with the local population. About 180 hotels have been earmarked for tourist accommodations. 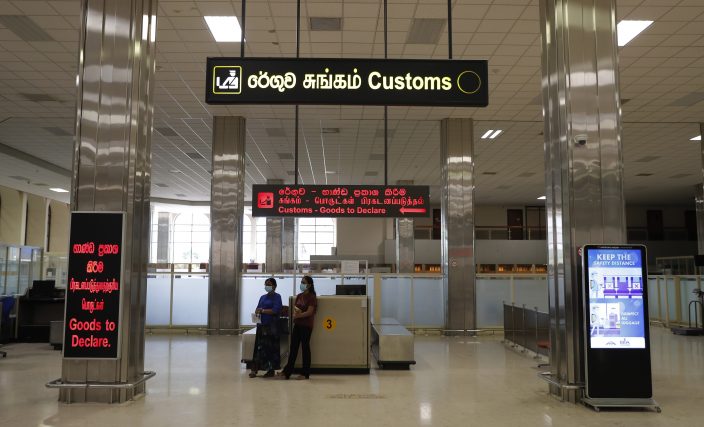 Sri Lankan passengers wait at the customs desk upon after their arrival Katunayake International Airport in Colombo, Sri Lanka, Wednesday, Jan. 20, 2021. The country's Tourism Minister said that the airports in the country will be reopened for tourists according to health guidelines on from Jan. 21. (AP PhotoEranga Jayawardena)

The resumption of tourism follows a pilot project that began Dec. 26 in which 1,500 tourists from Ukraine visited Sri Lanka in such a travel bubble.

The government closed the country to tourists last March when an outbreak of the virus surfaced. The international airports were closed except for limited flights enabling Sri Lankans to return home.

Tourism is a vital economic sector for Sri Lanka, accounting for about 5% of its gross domestic product and employing 250,000 people directly and up to 3 million indirectly. Hotels, other businesses and their employees faced crippling income losses. 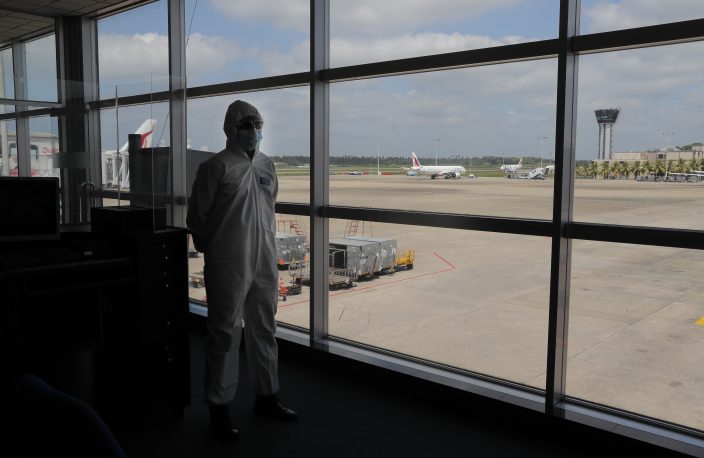 A Sri Lankan airport worker in protective suit stands inside a terminal at the Katunayake International Airport in Colombo, Sri Lanka, Wednesday, Jan. 20, 2021. Sri Lanka's tourism minister said that the airports in the country will be reopened for tourists according to health guidelines from Jan.21. (AP PhotoEranga Jayawardena)

Sri Lanka had fewer than 4,000 cases of coronavirus infection until October when clusters centered on a garment factory and fish market spread in the capital, Colombo, and its suburbs. As of Thursday, it has confirmed more than 55,000 cases with 274 fatalities.

— People traveling to Australia from most other countries from Friday will need to test negative for the coronavirus before they depart. Australian Health Minister Greg Hunt said Thursday that he’d signed orders which require international travelers to have a negative test within three days of leaving for Australia. All internationals passengers will also need to wear masks on their flights. “The success at home, the agonizing challenges abroad, the fact we have new more virulent strains that are emerging around the world — these remind us of precisely why we have been able to keep Australians safe,” Hunt told reporters in Melbourne. New Zealand and a few Pacific Island countries are exempt from the new rules.

— China is making some of its toughest travel restrictions yet as coronavirus cases surge in several northern provinces ahead of the travel rush for Lunar New Year. Next month’s festival is the most important time of the year for family gatherings and is often the only time many migrant workers are able to return to their rural homes. However, any wishing to do so this year will need a negative virus test within the previous week and may face sometimes-onerous restrictions, including quarantines, in some communities. The National Health Commission on Thursday reported an additional 126 cases of local transmission over the past 24 hours, the largest number, 68, in the northern province of Heilongjiang, part of the vast region formerly known as Manchuria. Commission spokesperson Mi Feng also said the international experts visiting Wuhan have had video conferences with Chinese experts as part of their work. The World Health Organizations are in quarantine at the start of their trip to investigate the origins of the virus. Chinese officials have tightly controlled such research while promoting fringe theories that the virus may have originated overseas.