Faf du Plessis was not expecting to play test cricket in Pakistan so soon despite two visits for limited-overs formats over the last four years.

“That is one thing I did not see happening in my time,” the veteran South Africa batsman told the Pakistan Cricket Board’s digital channel on Thursday.

“I knew white-ball cricket was happening here, but I did not know that the red-ball cricket was going to happen this soon," he said. "I am looking forward to it and I hope that it is the same as it was 13 years ago – the wickets are flat so we the batters can score some runs.” 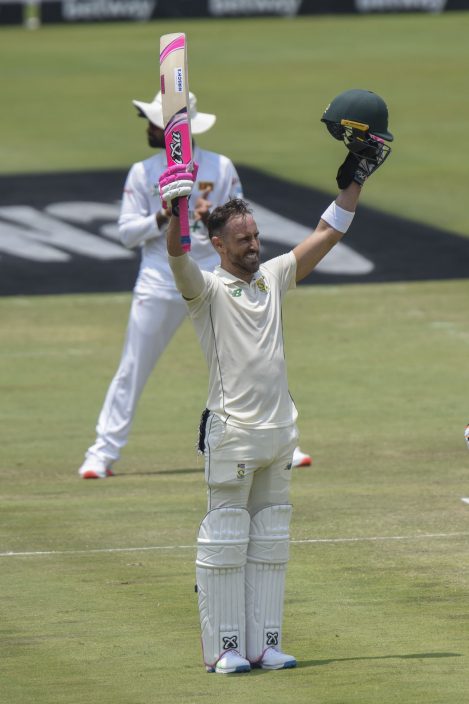 The 36-year-old du Plessis is expected to form the nucleus of the Proteas batting in the upcoming two-test series which will be first for South Africa in Pakistan in over 13 years.

The first test starts Jan. 26 at Karachi and the second starts at Rawalpindi on Feb. 4.

Du Plessis first toured Pakistan when he led an International Cricket Council-backed World XI for a Twenty20 series in 2017. He returned last November to feature in Pakistan Super League playoff for Peshawar Zalmi at Karachi’s National Stadium -- venue for the first test.

“That (2017) was the first step to bring any sort of cricket back (to Pakistan),” Du Plessis said. “What they did really well at that stage was to bring players from all around the world to come and play and to see that the security levels were going to be very, very good and it gave players peace of mind.”

Pakistan had long been trying to convince foreign teams to return for international competition in Pakistan, where incoming cricket tours were halted after a terrorist attack on the Sri Lanka team's bus at Lahore in 2009.

Du Plessis made his test debut in 2012 and has played away matches in Australia, India, England, India, Sri Lanka, Bangladesh, Zimbabwe and New Zealand. Five of his seven tests against Pakistan have been in South Africa, the other two at Abu Dhabi and Dubai in 2013.

Pakistan played a majority of its home matches in the United Arab Emirates for a decade before Sri Lanka returned for two test matches in 2019.

The West Indies and Bangladesh have sent teams to play international cricket in Pakistan over the last six years. Now it's South Africa's turn.

“It’s important for Pakistan to play in home conditions,” du Plessis said. “They have been playing in the UAE for the last 11 years so (some) fans have never seen them play — that’s almost like a generation and that’s missed seeing them play.”

Du Plessis will not stay after the test matches to play in a three-match Twenty20 series because South Africa will be preparing to host Australia in a test series.