The fate of one of Germany's most storied soccer clubs lies with two strikers born 18 years apart.

The return to Schalke of the 37-year-old Klaas-Jan Huntelaar from Ajax is a desperate roll of the dice by a team trying to cling on to top-division status amid financial turmoil worsened by the coronavirus pandemic.

Huntelaar joins up with an unexpected star in 19-year-old Californian Matthew Hoppe, who was an obscure name even to Schalke fans before a sudden breakthrough into the first team in November and five goals in his last three games. Hoppe earned last-place Schalke's first league win in nearly a year with a hat trick against Hoffenheim on Jan. 9 but his goal in a 2-1 defeat to Cologne on Wednesday showed he can't always get the points on his own. 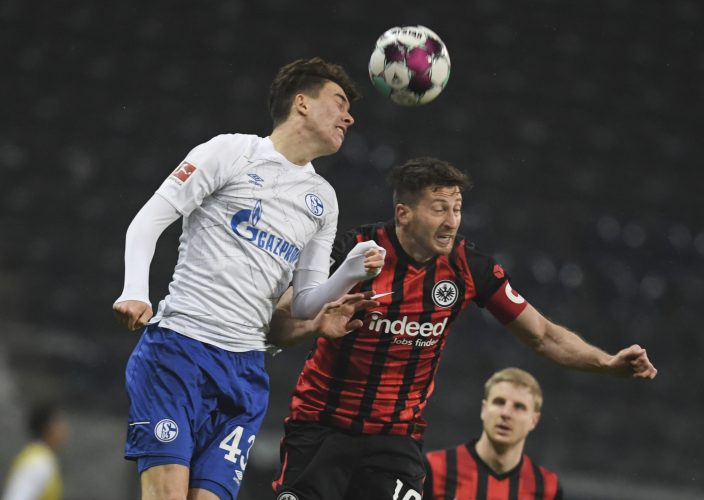 Huntelaar scored 126 goals in 240 games in his first spell with Schalke and could make his latest debut for the club against Bayern Munich on Sunday. After Bayern hammered Schalke 8-0 on the opening day of the season, it's likely to be an exercise in damage limitation for the hosts in Gelsenkirchen.

Huntelaar remains a threat — he scored twice as a late substitute in his last game for Ajax — but one of the main reasons he left Schalke in 2017 was a concern that he couldn't stay fit enough for the Bundesliga.

Huntelaar missed the Cologne defeat with a calf problem but said Wednesday that he hopes to be fit to take on Bayern. “There's hope that he can safely play part of the game,” said Christian Gross, Schalke's fourth coach of the season, in comments reported by the dpa agency.

Relegation would be a catastrophe for Schalke, which has played in the Bundesliga every year since 1991 and until recently viewed the Champions League as its natural habitat. The pandemic cut off much-needed ticket income just as Schalke was trying to make up for years of overspending. Mounting debts mean even the process of getting a competition license for next season will be a headache.

When storied clubs drop out of the Bundesliga, they're far from guaranteed to return. Hamburg, Hannover and Nuremberg are all rattling around the second tier while wealthy clubs with little history like Leipzig and Hoffenheim sit in the Bundesliga. Former champion Kaiserslautern is now a third-tier team with a 50,000-seat stadium and financial problems.