Patrick Mahomes took the majority of first-team reps in practice Thursday, even though he remains in the NFL's concussion protocol, raising expectations that he will start in the AFC championship game against the Buffalo Bills.

Mahomes was initially listed as a full participant when he returned to practice Wednesday, but the Chiefs quickly corrected his status to limited because he remains in the protocol. He must be cleared by team physicians and an independent neural consult before the reigning Super Bowl MVP can be a full participant in practice or play in a game.

Reid said that Mahomes “look good out there” and that “he feels good.” 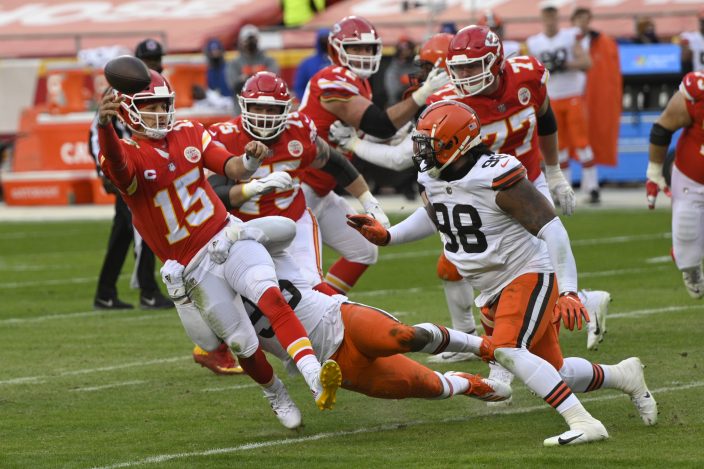 Running back Clyde Edwards-Helaire practiced for the second straight day as he comes back from a high-ankle sprain, as did wide receiver Sammy Watkins, who has been out with a calf injury. Running back Le'Veon Bell did not work out after a knee swelled up on him during the previous day's workout.

Chiefs star Mahomes having 2020 nobody will soon forget

Mahomes' big bet on football pays off with $503 million deal