Some Thunder fans believe tanking to get higher draft picks is the way back to contention.

Oklahoma City was expected by experts to be one of the NBA’s worst teams this season -- just like last season, when they shocked the league and made the playoffs. Once again, the Thunder are defying the odds. Oklahoma City is off to a 6-7 start, despite five of its top seven scorers having been in the league three years or fewer and 35-year-old Mark Daigneault taking on his first NBA head coaching assignment. 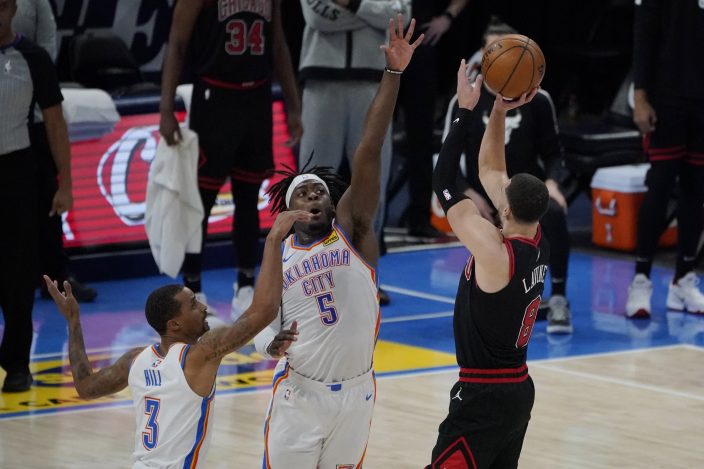 And they clearly are out to win, even with losses offering a potentially greater return on the slew of draft picks general manager Sam Presti has collected through trades in recent years. 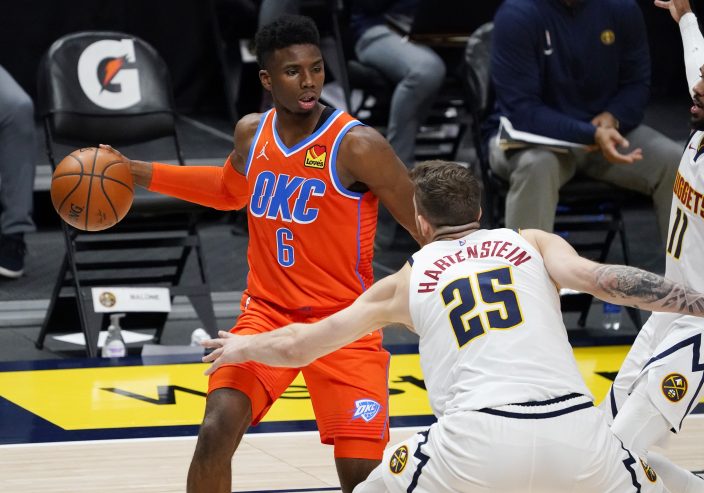 Gilgeous-Alexander is the budding star who leads the way. He averages 21.0 points, 6.2 assists and 5.3 rebounds per game. He hit a game-winner in the season opener against Charlotte.

“He’s taking on a different level of responsibility,” Daigneault said. “He’s playing a different role on this team than he has so far in his career, and he’s not shying away from that.”

That approach was clear after he had four turnovers in a loss to Denver on January 19. 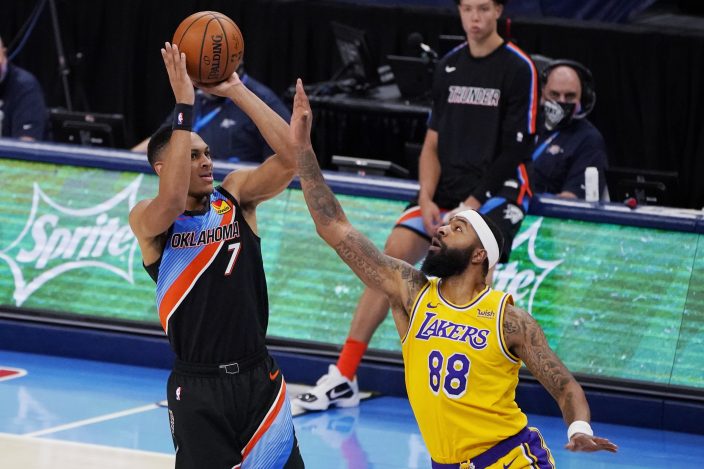 “For me, personally, I got a little careless with the ball at times,” Gilgeous-Alexander said. “They are a really good, active defensive team. They are always in the gaps, playing with length to get deflections and stuff like that. I just think I have to clean that up a little bit."

Even with that rough outing, there have been plenty of reasons for hope. The Thunder already have wins over Brooklyn and New Orleans and are 5-2 on the road. They rallied from 22 down to beat former coach Billy Donovan and the Chicago Bulls in overtime.

The Thunder have some rough losses, including a 29-point home loss to the defending champion Los Angeles Lakers. But the young core appears ready to dig in and compete.

Dort went undrafted in 2019, but his defense got him into the starting lineup by the end of the season. This year, the guard ranks second on the team with 13.4 points per game and he’s shooting 43.7% from 3-point range. Diallo, the main man off the bench, averages 11.1 points per contest. Bazley, an explosive second-year forward, averages 10.5 points and a team-leading 7.2 rebounds.

Other young players have stepped up, too. Isaiah Roby, a second-year center out of Nebraska, has been an adequate fill-in for Al Horford when needed. He averages 9 points and 5 rebounds in 19 minutes per game. First-round pick Aleksej Pokusevski, a 7-footer from Serbia, is playing 17 minutes per game. Second-rounder Theo Maledon, a 19-year-old guard from France, is playing 20.

Even the youngest players already have taken on the Thunder mentality -- the one Daigneault picked up in his days as a Thunder assistant last season and as coach of the Thunder’s G-League affiliate before that.

“When I look at our logo, that’s kind of what I think about is that spirit,” he said. “The relentless competitive spirit of the teams were really good teams here. We’ve got a lot of new players and a lot of young players, and that’s the type of mentality that we try and nurture.”

Michaels signs a deal with Apollo to go private