Kentucky's attorney general has formed a task force to study the search warrant process nearly a year after the fatal shooting of Breonna Taylor by officers who used a narcotics warrant to enter her home.

Attorney General Daniel Cameron said the Taylor shooting in March by Louisville police has put “significant attention” on the safe execution of search warrants in Kentucky.

Cameron said Thursday that the task force fulfills his “promise to convene a task force to develop best practices for the effective and safe execution of search warrants.” 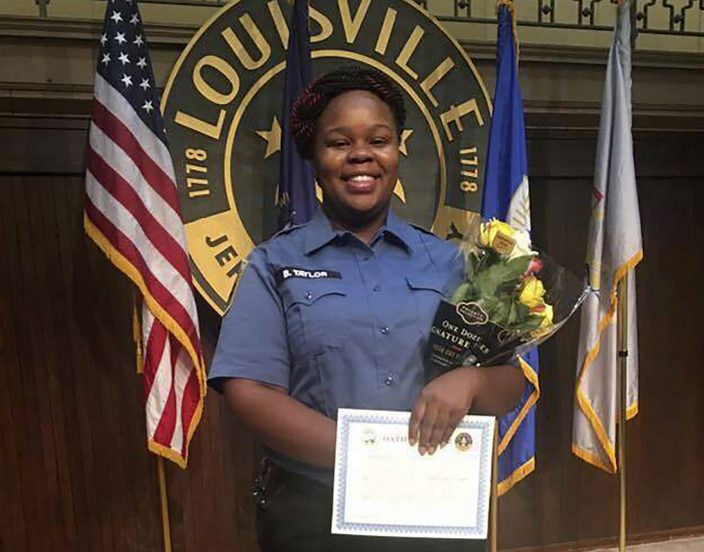 “Our goal is to establish Kentucky as a national model for how search warrants should be pursued and executed," Cameron said in a news release Thursday.

Cameron, a Republican, was the special prosecutor who investigated the police actions on the night of Taylor’s death. That investigation culminated in a grand jury ruling that did not charge any of the officers in her death. The warrant used at Taylor's home and how it was obtained was not part of Cameron's investigation. He said at the time it would be looked into by federal investigators. That federal probe is ongoing.

The task force will consist of the chairs of the Kentucky Senate and House judiciary committees; two representatives appointed by the Chief Justice of Kentucky’s Supreme Court; several police members; a member of the Kentucky NAACP and three citizen appointments. It will be chaired by the attorney general's office.

The “no-knock” warrant used to enter Taylor's home on March 13 was obtained by a police detective who later acknowledged he did not confirm that a suspected drug dealer was having packages sent to Taylor's home. The no-knock warrants, which allow officers to burst into a home without announcing, have since been banned by Louisville's Metro Council in a law named for Taylor.

Louisville's new police chief, Erika Shields, this week demoted a police major who oversaw the officers involved in the deadly raid at Taylor’s home. Kim Burbrink was demoted to lieutenant and moved from the Criminal Interdiction Unit to special operations, according to a department memorandum obtained by WDRB-TV.

Cameron said the new task force would convene “as often as necessary” and should complete its work by the end of the year.

Rescuers on Sunday were trying to ...