South Dakota Gov. Kristi Noem on Thursday said she gave former president Donald Trump a $1,100 bust depicting the president on Mount Rushmore last year because she knew it was something he wanted to receive.

It was not immediately known where Trump's face was positioned on the bust that Noem gave him. 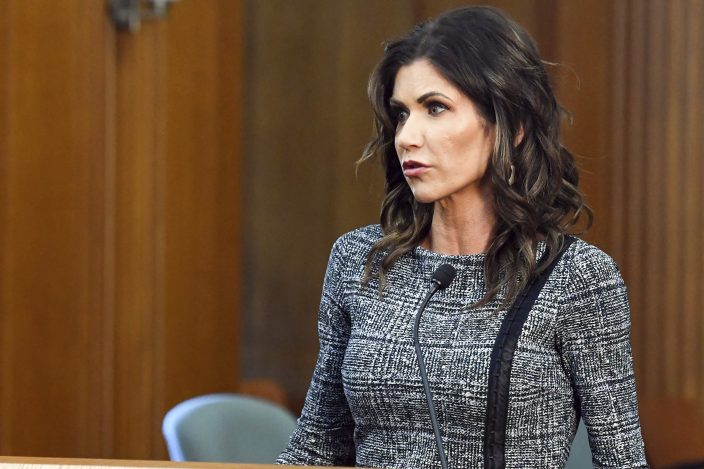 Trump's financial disclosures released Wednesday by the Office of Government Ethics say the bust cost $1,100, which Noem said was paid by private donations she solicited.

The Republican governor said she always tries to give gifts “that somebody wants to receive.”

“I knew that that was something that he would find special,” she said.

Noem said in 2018 that Trump once told her that it was his dream to have his face carved into the monument. He later joked at a campaign rally about joining the presidents on the massive monument.

Noem pushed to have fireworks return to Mount Rushmore last year as part of an Independence Day celebration. The pyrotechnic display was canceled for a decade because of fire danger after a pine beetle infestation.

Noem said Thursday that she hoped that the fireworks could continue every year and said she would like to have President Joe Biden attend.