Brazil’s health ministry announced Thursday that a shipment of 2 million doses of coronavirus vaccine is coming from India, a report coming as public health experts sound the alarm over insufficient supply in South America's biggest nation.

The vaccine, developed by AstraZeneca and the University of Oxford, will clear customs in Sao Paulo on Friday before being flown to Rio de Janeiro, where Brazil’s state-run Fiocruz Institute is based, the ministry said. Fiocruz has a partnership with AstraZeneca and Oxford for the vaccine’s distribution and production.

A flight from India planned for last week was delayed, derailing the federal government’s plan to begin immunization with the AstraZeneca shot. Instead, vaccination began using the CoronaVac shot in Sao Paulo, where the state’s Butantan Institute has a deal with Chinese biopharmaceutical company Sinovac. 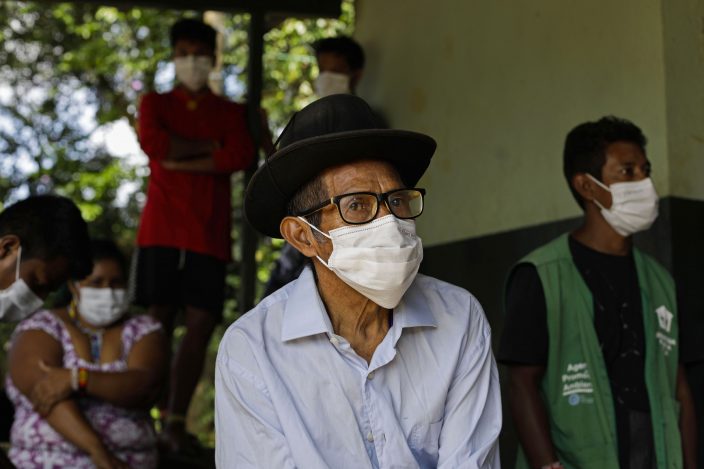 Neither Fiocruz nor Butantan have received the technology from their partners to produce vaccines domestically, and instead must import the active ingredient.

The announcement of the 2 million doses from India comes as increasingly vocal Brazilian experts express concern about the influx of raw materials from Asia needed to produce vaccines for the nation of 210 million people.

“Counting doses from Butantan and those from India, there isn’t enough vaccine and there is no certainty about when Brazil will have more, or how much,” Mário Scheffer, professor of preventive medicine at the University of Sao Paulo, told The Associated Press. “It will interfere with our capacity in the near-term to reach collective immunity.” 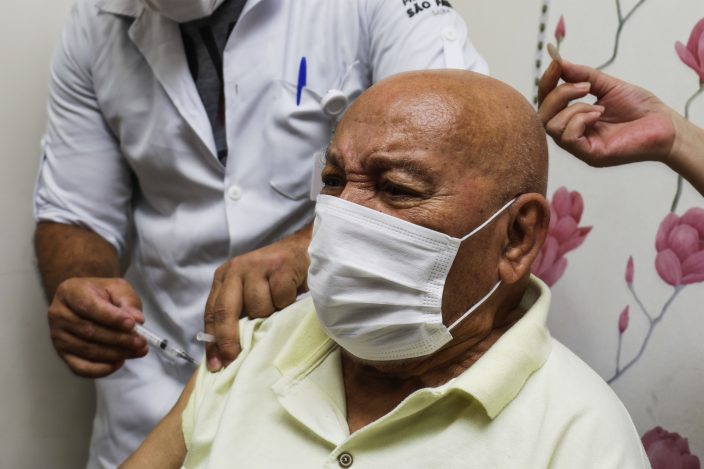 Jose Pereira Lima gets his shot of the COVID-19 vaccine produced by China's Sinovac Biotech Ltd., during the start of the vaccination in elderly people who live in public shelters, in Sao Paulo, Brazil, Tuesday, Jan. 19, 2021. (AP PhotoMarcelo Chello)

The Indian Embassy in Brasilia didn’t immediately respond to a request for comment about the announced shipment nor the cause for last week’s delay.

Butantan made available 6 million CoronaVac doses it imported from China in order to kick off Brazil’s immunization, and it used materials imported from China to bottle an additional 4.8 million shots. The health regulator must approve use of the latter batch before it can be distributed to states and municipalities across Brazil. 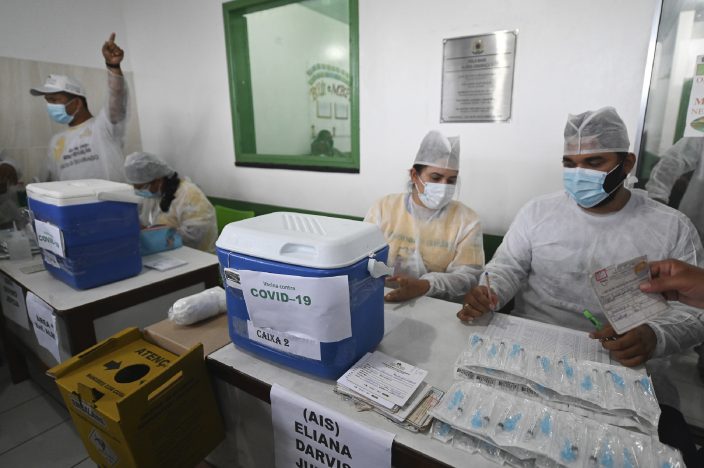 Brazil has recorded 212,000 deaths related to COVID-19, the second-highest total in the world after the United States, and infections and deaths surging again.

While Brazil has a proud history of decades of immunization campaigns, in this pandemic it has struggled to cobble together a complete plan and suffered multiple logistical pitfalls.

“The vaccination plan is badly done, in general,” said Domingos Alves, adjunct professor of social medicine at the University of Sao Paulo. “It’s important that the information be transparent and clear for the population to know how this vaccination process will be done.” A woman of the Ticuna Indigenous group gets her shot of the COVID-19 vaccine produced by China's Sinovac Biotech Ltd, during the start of the vaccination plan on indigenous lands at the Ticuna de Umariaçu village health post in Tabatinga, Amazonas state, Brazil, Tuesday, Jan. 19, 2021. (AP PhotoAndre Borges)

There has been some speculation on social media that diplomatic snafus — namely those stemming from allies of Brazil’s President Jair Bolsonaro who criticized the Chinese government — might explain the delay behind getting the required inputs.

Oliver Stuenkel, an international relations professor at the Getulio Vargas Foundation, a university, told AP that such a reading is overly simplistic amid heightened global demand.

“Of course, since Bolsonaro isn’t on good terms with the Chinese government, he doesn’t really have the direct access,” Stuenkel said from Sao Paulo. “There is a chance that the bad relationship does wind up putting Brazil further down the line of recipients, but not because the Chinese are saying actively, ‘Let’s punish Brazil,' but perhaps because other presidents have a better relationship.” 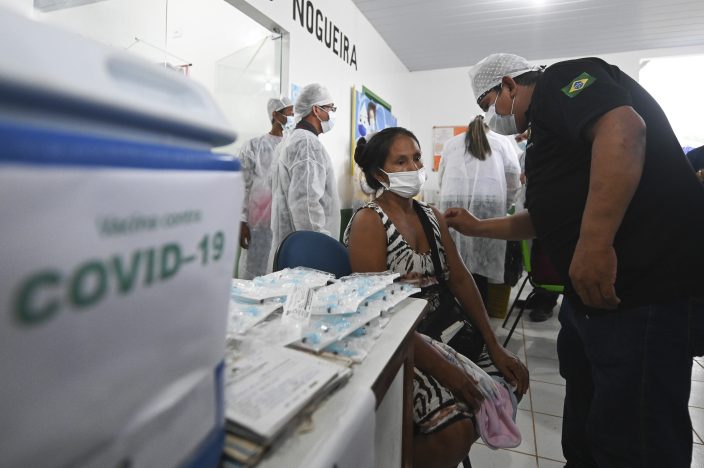 A woman of the Ticuna Indigenous group gets her shot of the COVID-19 vaccine produced by China's Sinovac Biotech Ltd, during the start of the vaccination plan on indigenous lands at the Ticuna de Umariaçu village health post in Tabatinga, Amazonas state, Brazil, Tuesday, Jan. 19, 2021. (AP PhotoAndre Borges)

The newspaper Folha de S.Paulo reported Wednesday that Brazilian Health Minister Eduardo Pazuello met with China’s ambassador in Brasilia and that Bolsonaro had requested a call with China’s Xi Jinping. Filipe Martins, an adviser to Bolsonaro on international relations, said in a television interview the same day that Brazil is seeking suppliers from other countries.

“Negotiations are well advanced,” Martins told RedeTV!. He added that there is “a big fuss over nothing.”

Lawmakers including House Speaker Rodrigo Maia and the president of the Brazil-China parliamentary group, Sen. Roberto Rocha, also met with the Chinese ambassador.

Butantan had planned to supply Brazil's Health Ministry with 46 million doses by April. It is awaiting the import of 5,400 liters of the active ingredient before the end of the month to make about 5.5 million doses, and new shipments from China depend on authorization from the Chinese government, according to a statement from its press office.

Fiocruz had initially scheduled the delivery of 100 million doses to begin in February and 110 million more in the second half of the year. As of Dec. 30, its plan was down to delivering 30 million doses by the end of February, but the first delivery has been postponed to March, the institute told AP.

“Brazil doesn’t have vaccines available for its population,” Margareth Dalcolmo, a prominent pulmonologist who has treated COVID-19 patients throughout the pandemic, said at an event in Rio this week while receiving an award. “That’s absolutely unjustifiable. There nothing, no explanation that could justify that.”