The Dallas Stars are finally set to open their season, more than 10 months after playing their last home game, nearly four months after losing the deciding Game 6 of the Stanley Cup Final and a week after every other NHL team got back on the ice.

The Stars' return comes after 17 players tested positive for COVID-19, even though most were asymptomatic.

Their first four scheduled games, all on the road and including an early Stanley Cup Final rematch with Tampa Bay, were postponed. That came after the NHL revealed Jan. 12, two days before their anticipated opener, that the Stars accounted for well more than half of the 27 players among nine teams that tested positive during the abbreviated two weeks of training camps. The defending Western Conference champions now open at home Friday night against Nashville. 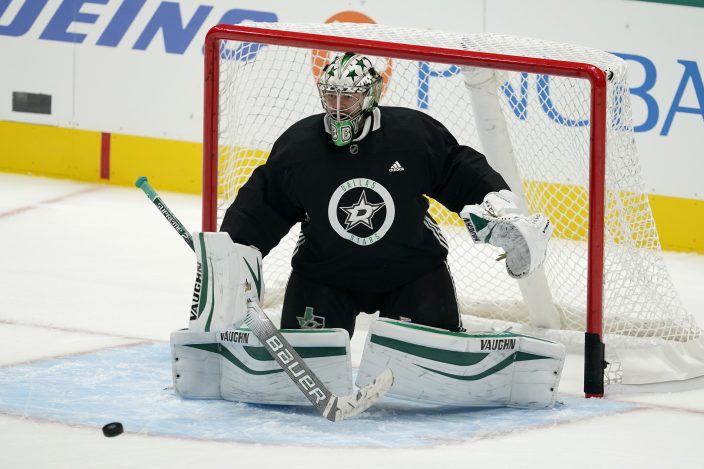 “Right now, listen, we're all ready for a game,” Stars coach Rick Bowness said after practice Thursday at their home arena. “We're ready to play an opponent, play against somebody other than our own teammates. We want that excitement, we want that adrenaline going ... then we'll manage it from there."

Veteran forward Blake Comeau will miss the opener because of an undisclosed injury, and defenseman John Klingberg was not at practice Thursday for what Bowness called “medical reasons.” But the Stars will still have most of the group they anticipated opening the season with last week before the delay prompted by the positive tests — and the ensuring recovery time.

Dallas returns most of the core group from its first trip to the Stanley Cup Final since 2000, and already knew it was going to be without All-Star center Tyler Seguin (hip) and goaltender Ben Bishop (knee) until at least last March while they rehab from offseason surgery. 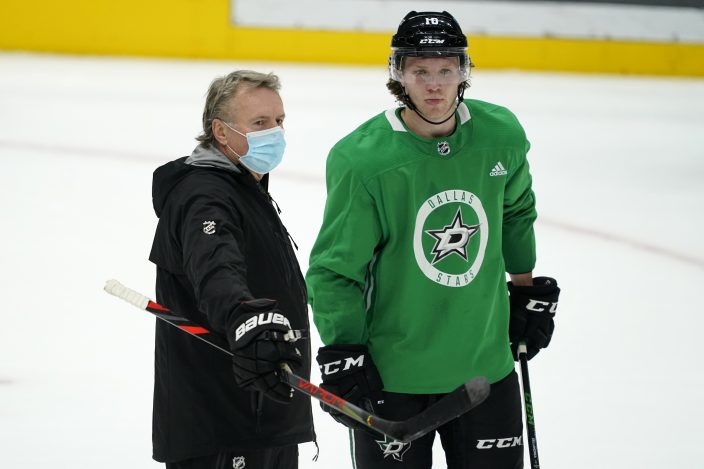 The opener against Nashville (2-1), which had its scheduled game Tuesday postponed because of Carolina's virus issues, will be the first game for the Stars at the American Airlines Center since a 4-2 loss to the New York Rangers last March 10. That was their sixth loss in a row, and their last game until the August start of the NHL playoffs inside the bubble in Edmonton, where they were the last Western Conference team standing.

Now the Stars are the last team to open the NHL's 56-game, division-only regular season. 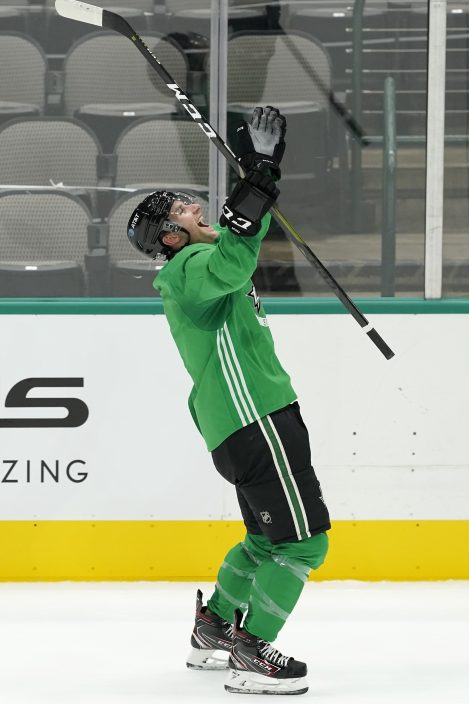 “We're excited to have our first game be here at home, in this building,” forward Joe Pavelski said. “We've been gone about a year, however long it's been.”

The Stars practiced Wednesday and Thursday at the AAC, getting reacclimated to the ice there and adjusting to changes made at the arena for testing and other COVID protocols. 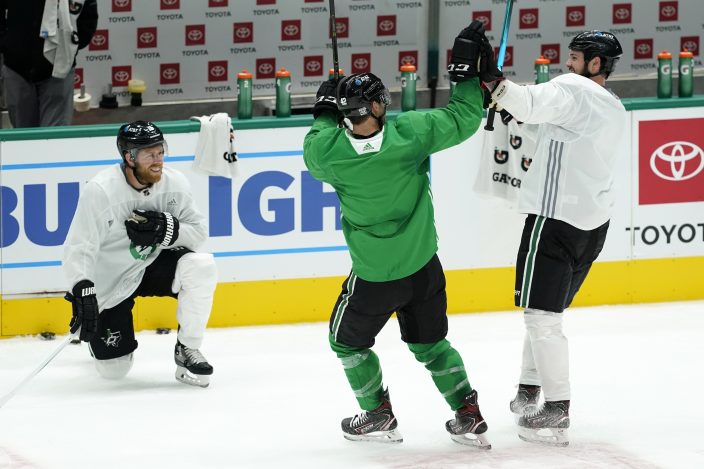 About 5,000 fans will be allowed for Stars games, well below the hockey capacity of 18,532, though the NBA's Dallas Mavericks are playing their home games there without fans.

“Well, it’s going to be different clearly," Bowness said, referencing the playoff run with no fans. “It’ll be interesting to see where they’re all seated, how far apart they are, but certainly it’s a better alternative than playing before empty seats. ... It’s going to be great to have at least 5,000 of our fans in our rink with us and being part of the team and part of the game again.”