British challenger INEOS Team UK stands one win away from a direct path to the final of the America’s Cup challenger series, unsure whether that prize will be a blessing or a curse.

Team UK and Italian challenger Luna Rossa will race each other once on Saturday and again on Sunday in the last round-robin stage of the Prada Cup challengers series at Auckland, New Zealand.

If Team UK wins the first race Saturday or the second on Sunday it will qualify for the final; if Luna Rossa wins both races, the second will count as a tiebreak and the Italian team will progress to the final. 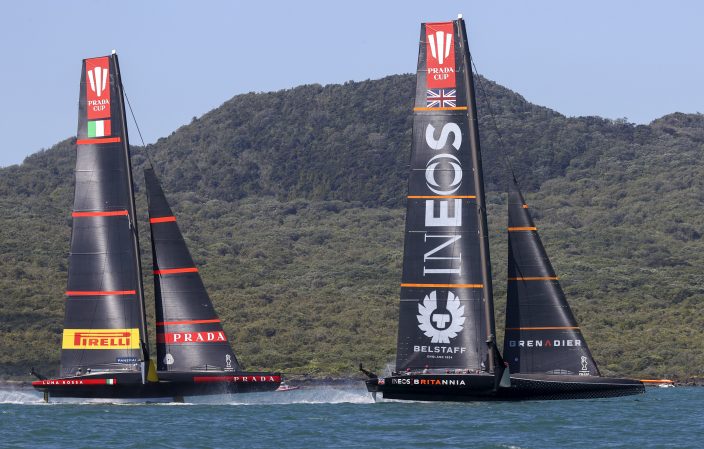 The teams will also each sail a “ghost race” in lieu of scheduled race against the absent United States challenger American Magic. In order to win the point available from those races the teams will have to start a race and sail for a few minutes until race organizers call off the races and award the point.

American Magic, whose race yacht Patriot capsized and was severely damaged while racing against Luna Rossa last weekend, remains in a race against time to be ready for the semifinals beginning next Friday. They will race the second-place team after the weekend’s two races in the semifinal repechage. 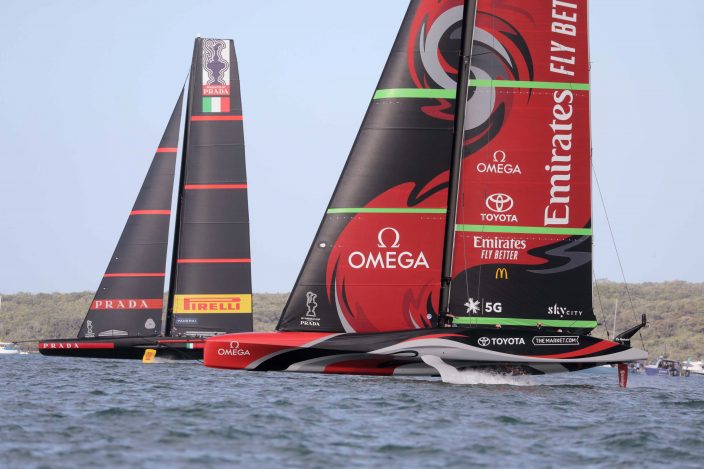 “We know we’re racing this time next week,” Hutchinson said. “The timeline is what it is and sitting here today we’re in a reasonably good spot to get the boat out on the water. Our goal is to get this thing back out on the water and make what happened last week a distant memory and get back into racing.”

Team UK skipper Ben Ainslie said there are advantages and disadvantages in being the team that goes directly to the final. The successful team gains time to develop and improve its boat before the semifinal but misses out on the intense racing that likely will take place between the semifinalists.

“There’s a lot on the line for both teams in terms of getting that direct route through to the finals,” Ainslie said. “Obviously it buys you quite a bit of time in terms of making further upgrades to the boat.

“It buys you time and we all now in this game time is everything. The flexibility to make upgrade to the boat. Some upgrades might be an overnight job, some might take two, three, four days. So it gives you the opportunity to change a few things which you otherwise might not get the chance.

Ainslie said the lack of racing for the finalist is an issue teams will have to confront.

“Ultimately you will have a three-week window where you’re not doing intense racing,” he said. “When we put these boats around the racecourse on our own and try and simulate practice using chase boats or in the simulator you’ve got to trade that off against the development gains you think you might be able to make."

Belarus leader heads to Moscow for talks on closer ties