Novak Djokovic and his defending champion Serbia squad will play Germany and Canada in group play at the ATP Cup from Feb. 1-5 at Melbourne Park.

The draw held Friday also has Australia playing in a tough group with Rafael Nadal’s Spain as well as Greece in Group B. Serbia beat Spain in the final of the inaugural 2020 ATP Cup.

Greece will be led by No. 6-ranked Stefan Tsitsipas. Alex de Minaur leads the Australian lineup that made the semifinals last year. 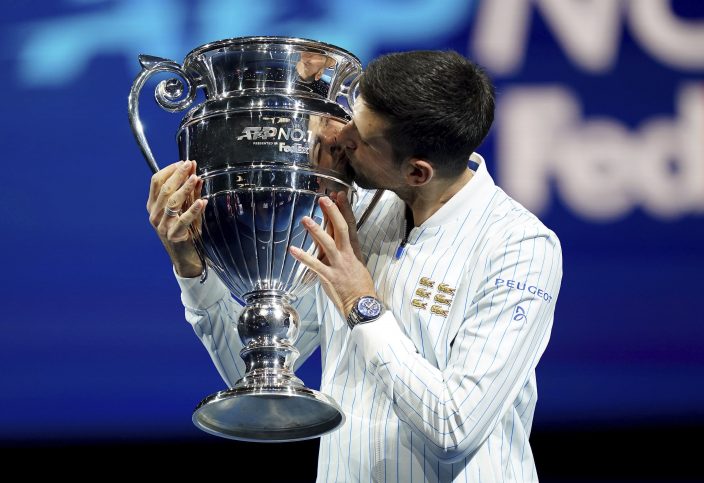 Novak Djokovic kisses his year end ATP number one trophy during day one of the ATP Finals tennis championship at The O2 Arena, London, Sunday Nov. 15, 2020. (John WaltonPA via AP)

The inaugural event was played last year in Brisbane, Perth and Sydney. But because of restrictions in place for the COVID-19 pandemic, the 2021 edition will be played entirely at Melbourne Park, site of the Australian Open, which starts Feb. 8.

The 12 teams have been divided into four pools for group stage, round-robin play. The four group winners will advance to the semifinals.