Brayden Point scored 1:56 into overtime, and the Tampa Bay Lightning beat the Columbus Blue Jackets 3-2 on Thursday night for their third straight win to begin the season.

Blake Coleman and Mathieu Joseph also scored for the Stanley Cup champions, and Vasilevskiy had 23 saves. 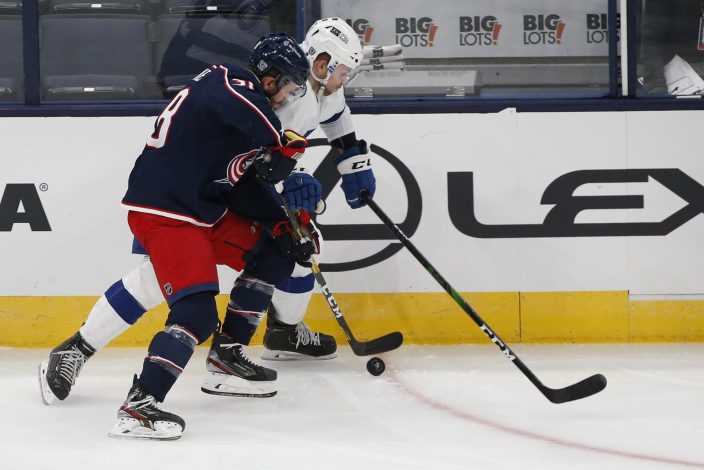 Nick Foligno tied the game for the Blue Jackets 47 seconds into the third period. Oliver Bjorkstrand also scored and Korpisalo stopped 34 shots as the Blue Jackets slipped to 1-2-2 in their first five.

It started out well for the Blue Jackets, who were celebrating their 20th home opener, albeit in front an empty house in Nationwide Arena.

Bjorkstrand scored the fastest goal in the history of the franchise, beating Vasilevskiy on the glove side just 21 seconds into the game. He got help from Max Domi, who stripped Hedman in the neutral zone and set up Bjorkstrand's goal from the right circle. 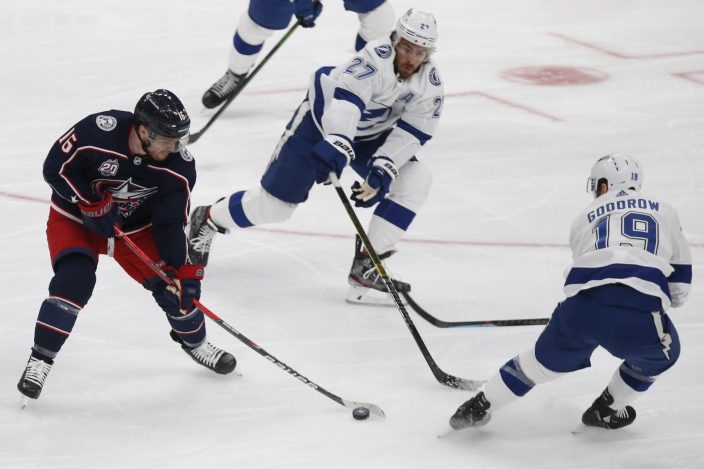 Coleman responded 16:33 into the second period, getting an easy tip-in goal off a slot pass from Ryan McDonagh. Joseph beat Korpisalo with a one-timer from the slot 83 seconds later to give the Lightning their first lead of the night.

Foligno tied it again seven seconds into a power play when he redirected a Bjorkstrand shot. 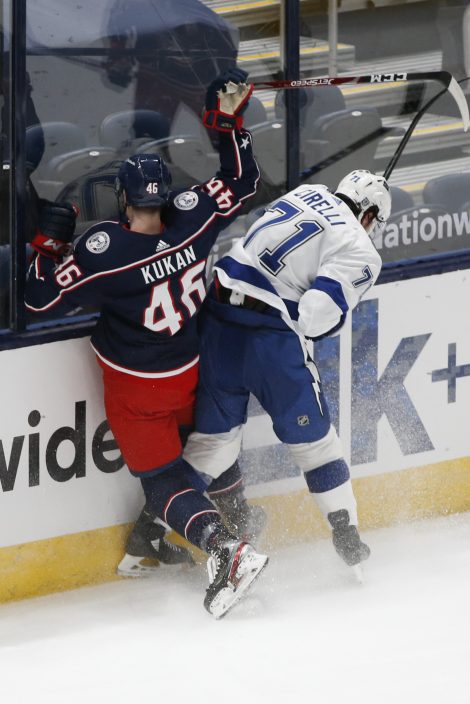 The Lightning and Blue Jackets have met in the Eastern Conference quarterfinals for the last two seasons. The first game of last season’s series went into five overtimes, which was the fourth-longest game in NHL history. Tampa Bay won the series and eventually the Stanley Cup. In 2019, Columbus stunned the Lightning with a first-round sweep, marking the first time in franchise history the Blue Jackets won a playoff series.

The same teams play again Saturday afternoon in Columbus. The Jackets play seven of their next nine at Nationwide Arena. The Lightning are in the midst of a four-game trip after having a pair of games against Dallas postponed because of a COVID-19 outbreak with the Stars. The Tampa Bay Lightning and the Columbus Blue Jackets play in an arena empty of fans during the first period of an NHL hockey game Thursday, Jan. 21, 2021, in Columbus, Ohio. (AP PhotoJay LaPrete) 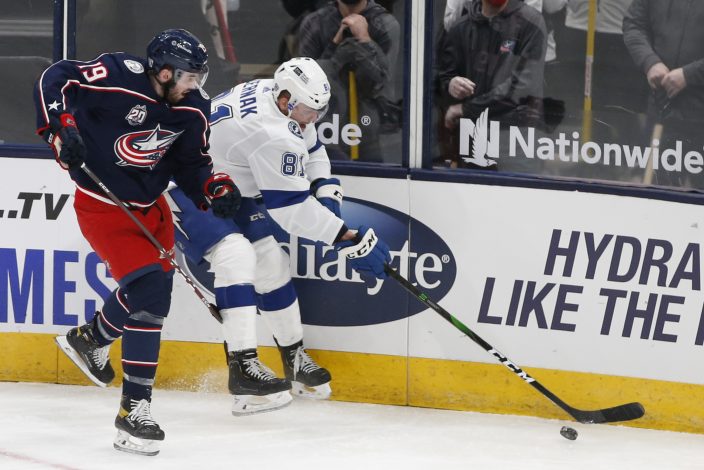