Approaching the finish at nearly 150 kph (93 mph), Kryenbühl lost his balance in the air and smashed sideways into the icy slope.

Kryenbühl looked up and leaned on his elbow while being attended by medics. He was taken to the hospital by helicopter 20 minutes later. 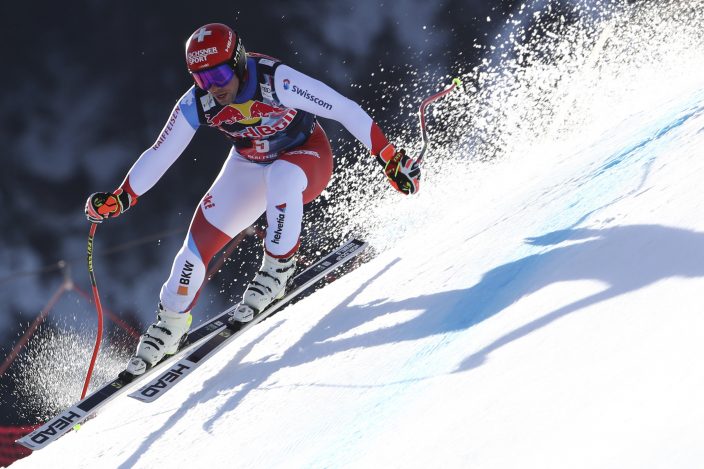 The Swiss ski team said Kryenbühl was conscious and recognized one of his coaches. There was no further update on his condition.

The accident resembled crashes by Scott Macartney in 2008 and Daniel Albrecht the following year. Both suffered life-threatening brain injuries.

Earlier in the race, American racer Ryan Cochran-Siegle escaped serious injury in another frightening crash a bit higher up the course. 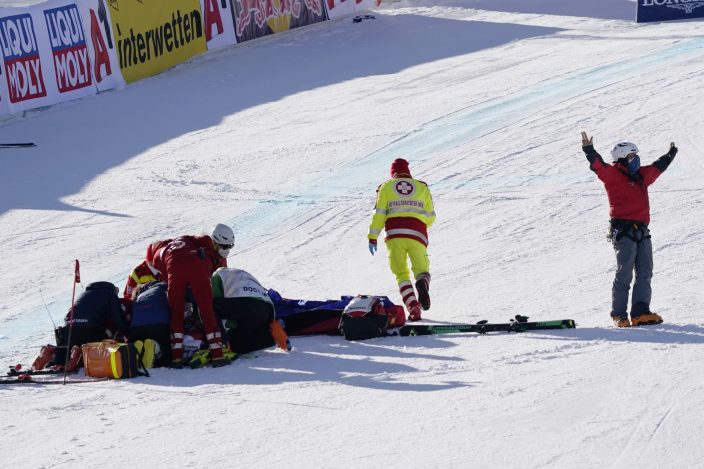 The race was interrupted several more times because of strong winds and finally stopped after 30 starters when conditions became dangerous.

Results of a downhill stand when at least the top 30 racers have started their run.

Feuz, who finished runner-up in each of the past three seasons, mastered the challenging hill and remained in his tuck during the jumps to finish 0.16 seconds ahead of last year’s winner, Matthias Mayer of Austria. 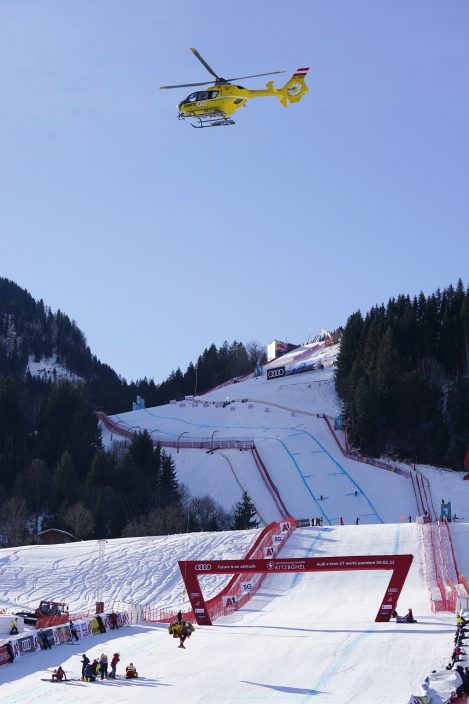 Switzerland's Urs Kryenbuehl is being taken to hospital by helicopter after a bad crash at finish line during an alpine ski, men's World Cup downhill in Kitzbühel, Austria, Friday, Jan. 22, 2021. (AP PhotoGiovanni Auletta)

Dominik Paris, a three-time winner on the Streif, was 0.56 behind in third for the Italian's first podium since damaging his knee in a downhill training crash on this course a year ago.

Cochran-Siegle lost balance when he leaned back while landing a jump near the end of his run, slid off course and cut his way through the first row of safety nets.

The American sat up right away, took his helmet off and touched his shoulder, but seemed unhurt otherwise. He was also transported off the hill by helicopter. 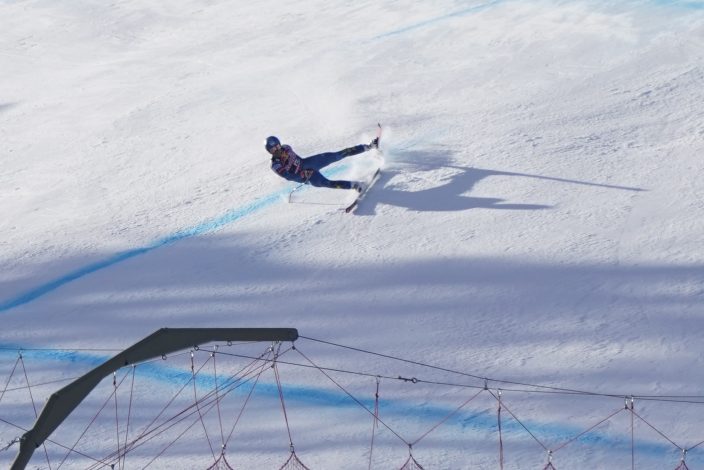 Cochran-Siegle, who won his first World Cup race in Italy in December and posted the fastest time in training on the Streif on Wednesday, led Feuz by up to 0.15 seconds at the first three splits but was eight-tenths off the lead just before the crash.

The race in the Austrian Alps usually draws up to 50,000 spectators but no fans were allowed this year amid tight anti-coronavirus measures.

The event was rescheduled from another iconic resort, Wengen in Switzerland, where the race was canceled last week after a rise in COVID-19 infections. 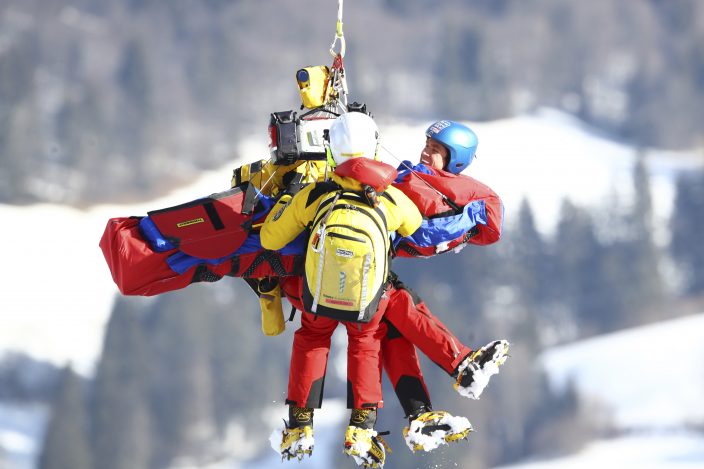 United States' Ryan Cochran Siegle is being lifted to the emergency helicopter after he crashed onto the safety net during an alpine ski, men's World Cup downhill in Kitzbühel, Austria, Friday, Jan. 22, 2021. (AP PhotoMarco Trovati)

Another downhill on the Streif is scheduled for Saturday, followed by a super-G on Sunday.

Shock win for No. 41 starter Cater in World Cup downhill