The Senate Finance Committee approved President Joe Biden’s nomination of Janet Yellen to be the nation’s 78th Treasury secretary on Friday, and supporters said they hoped to get the full Senate to approve it later in the day, making her the first woman to hold the job.

The Finance Committee approved her nomination on a 26-0 vote. The administration is urging a quick confirmation vote, saying it's critical to get the top member of Biden’s economic team in place as the Democratic president seeks to win approval of a $1.9 trillion coronavirus relief plan.

Sen. Ron Wyden, D-Oregon and the incoming chairman of the Finance Committee, said he hoped to get Yellen's nomination approved by the full Senate later Friday. 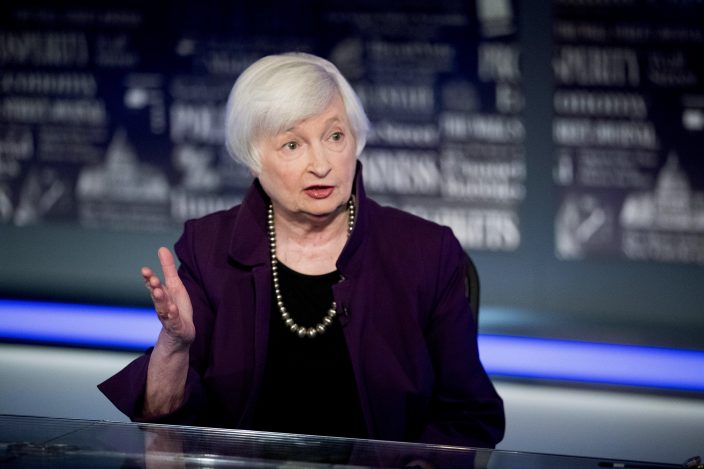 Republicans on the committee said they had a number of policy disagreements with Yellen and the Biden administration in such areas as raising taxes on corporations and the wealthy but believed it was important to allow Biden to assemble his economic team quickly.

At her confirmation hearing before the Finance Committee on Tuesday, Yellen had argued that without prompt action the nation faced the threat of a “longer, more painful recession.” She urged quick action on the package that would provide an additional $1,400 in payments to individuals making below $75,000 annually as well as providing expanded unemployment benefits, further aid for small businesses and support for cities and states to prevent layoffs. 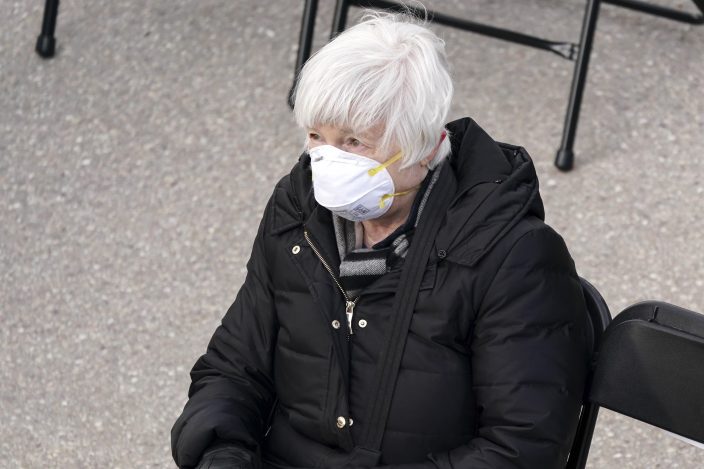 During the hearing, Yellen faced substantial pushback on the plan from Republicans on the committee who argued that the package was too large, especially at a time that the federal budget deficit has soared above $3 trillion. They also objected to such measures as an increase in the minimum wage to $15 per hour.

As Treasury secretary, Yellen, 74, would occupy a pivotal role in shaping and directing Biden’s economic policies. She would enter the Treasury job after many years serving in other top economic jobs including becoming the first woman to serve as chair of the Federal Reserve from 2014 to 2018. 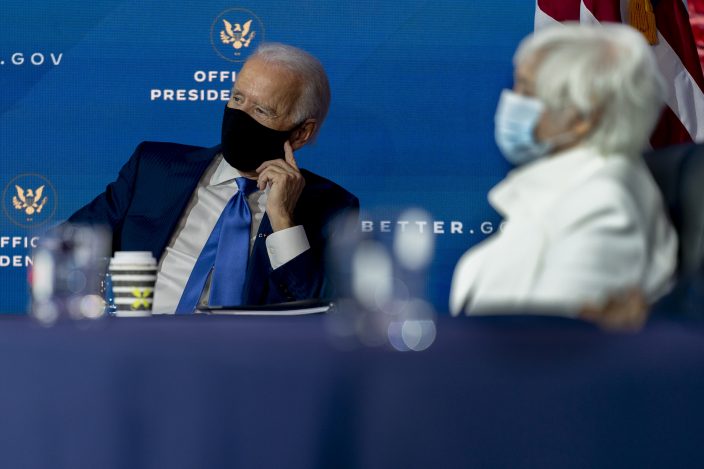 President-elect Joe Biden, accompanied by Janet Yellen, who Biden nominated to serve as Secretary of the Treasury, right, appears at a news conference to introduce his nominees and appointees to economic policy posts at The Queen theater, Tuesday, Dec. 1, 2020, in Wilmington, Del. (AP PhotoAndrew Harnik)