Kevin De Bruyne is facing up to six weeks on the sidelines, meaning the Manchester City playmaker will miss key Premier League games against Liverpool and Tottenham next month.

The Belgium international limped off in the win over Aston Villa on Wednesday with a muscular complaint.

“The doctor said we’ll review the scan today, which we’ve done, and it will be between four and six weeks out," City manager Pep Guardiola said Friday. “We have to move forward. I’m not saying anything nobody knows about how important it is, but unfortunately for him and all of us, he is out for an important part of the season. 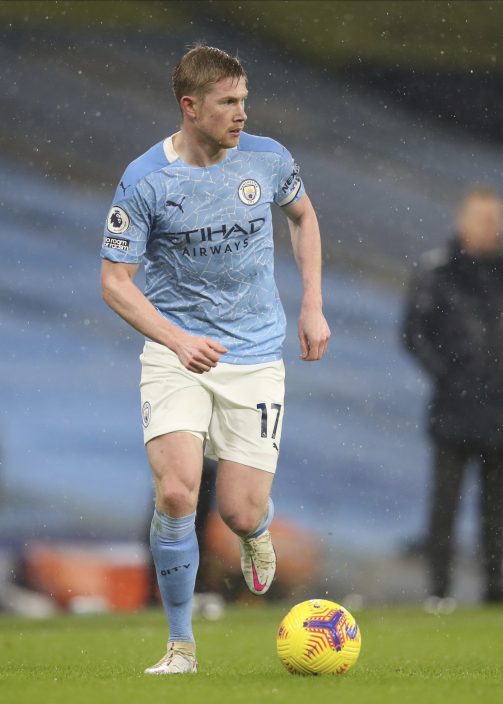 “We have to find a solution as everyone is struggling and we have to adapt.”

City travels to Anfield on Feb. 7 to take on Liverpool before welcoming Tottenham to the Etihad Stadium a week later.