More than 100 players will suit up for Sunday's NFC championship game, so try to ignore all those talking heads making mention of only two: Tom Brady and Aaron Rodgers.

Yes, it's as juicy a matchup of quarterbacks as the current NFL can offer. The Battle of the Bays might well be decided by what Mr. Six Rings does against the Packers' defense, or what the 2020 All-Pro Rodgers manages versus the Buccaneers' D. 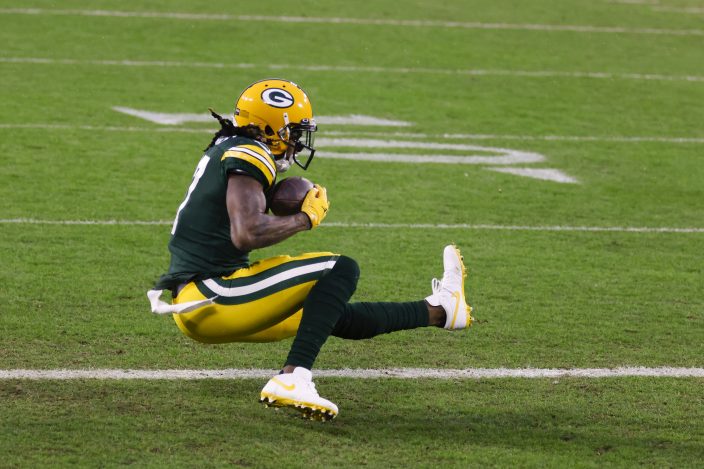 That said, here's what each team will be looking at in Lambeau Field.

WHEN THE BUCS HAVE THE BALL:

We'll get to Brady in a moment, because a decent amount of Tampa Bay's chances will depend on running backs Leonard Fournette and Ronald Jones being productive. They have been, particularly Fournette, in recent games. 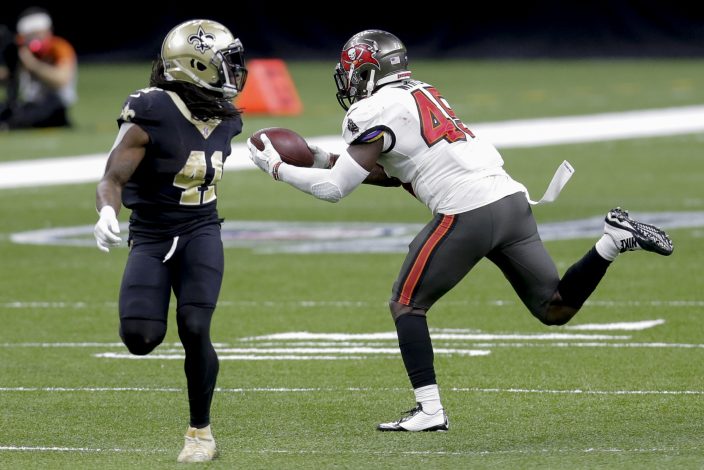 If the offense is balanced, Brady is at his most dangerous. He might occasionally test cornerbacks Jaire Alexander, Kevin King and Chandon Sullivan with deep throws, but more likely will rely on stud wideout Mike Evans, the re-emerging Antonio Brown, and Chris Godwin and Scotty Miller on shorter plays that allow them to gain yards after catch. Coach Bruce Arians ruled out the re-emerging Antonio Brown because of a knee injury, but a missed tackle on the others by any Green Bay defender easily could lead to six points.

While the Bucs have the more established tight ends in Rob Gronkowski and Cameron Brate, they might not have the most impactful at the position (see below). But Gronk in particular has always been a big-play guy in big games for Brady, and Green Bay doesn't have linebackers who excel in coverage. Look for safeties Adrian Amos and Darnell Savage to handle the big guy as best they can.

For Brady to get a shot at a seventh Super Bowl title, his protection, anchored by left guard Ali Marpet and rookie right tackle Tristan Wirfs, must stand up against Za'Darius Smith and Preston Smith, both potential game changers for the Packers. Green Bay will do some blitzing, though not as much as Buccaneers defensive coordinator Todd Bowles figures to do.

Don't expect the Bucs (nor the Packers) to commit many turnovers, either.

WHEN THE PACKERS HAVE THE BALL:

Green Bay doesn't have the multi-pronged attack Tampa Bay does, but it has the top receiver in this game in All-Pro Davante Adams. It's pretty simple when it comes to somewhat neutralizing Rodgers, who is having perhaps the best season of his Hall of Fame-caliber career: slow down Adams. Few opponents have done so no matter who or how many DBs cover Adams.

The burden will fall much of the time on an underrated group of cornerbacks featuring Carlton Davis, Jamel Dean and Sean Murphy-Bunting. Indeed, both teams have impressive secondaries, with rookie Antoine Winfield Jr., and Jordan Whitehead performing well at safety for Bowles.

Unlike Brady, Rodgers can create outside the pocket, and he's especially dangerous when doing so. His star running back, Aaron Jones, not only is terrific in the ground game, but he's a top-level receiver. Few teams run screens to wideouts as well as the Pack — except the Buccaneers, who rank second in that category to Green Bay's fifth.

Drops can be an issue for Adams' comrades, but Rodgers seems to have confidence in all of them — Allen Lazard, Marquez Valdes-Scantling and TE Robert Tonyan, who might be the most improved player in the NFL for 2020. Tonyan seems to get more open than any other tight end in the league.

His matchup with Tampa Bay's superb linebackers, Devin White and Lavonte David, could be decisive.

Not much to laud on either side. Not very special, no.

Veteran placekicker Mason Crosby is solid, making all 16 field goal attempts, but missed four PATs for Green Bay. He knows how to kick in rough conditions, of course.

Packers punter JK Scott also can deal with the winds and weather at Lambeau, but he's a bit inconsistent. Green Bay struggles in punt coverage and rarely threatens to break a return, but the Bucs are susceptible to them, especially on kickoffs.

Tampa Bay's Ryan Succop, now in his 12th pro season, made 28 of 31 field goal tries but missed five extra points. No, we don't get it, either.

Arians has been around as long as the NFL itself; well, not quite, but this is his 46th year in coaching. He began in college in 1975 and in the pros in 2001, and his open-minded approach on offense always has matched changes in the game. Arians is a two-time AP Coach of the Year, winning as the interim with Indianapolis in 2012 when Chuck Pagano was battling leukemia, and in 2014 with Arizona.

It took a while, but he has melded the play calls with Brady's preferences, and he has allowed Bowles to oversee a big-play defense.

Matt LaFleur, also an offensive mastermind but more in the workings of the recent schemes, has meshed beautifully with Rodgers and what his quarterback prefers called. LaFleur, 41, put more emphasis on the running game to relieve Rodgers of carrying the entire load.

Mike Pettine, like Bowles a former head coach, has put together an aggressive squad led by the Smith Brothers and Alexander.

While this is old hat for Brady — in a football sense, isn't everything to Brady? — his new franchise has been to one Super Bowl, winning it in February 2003. There's a hunger in Tampa, and there's always a hunger in Brady.

Plus, no franchise has ever played in a Super Bowl on its home field.

Among Cheeseheads, there's a belief that Rodgers and the Pack should have been in more than one NFL title game. This is the best overall team he has been on, including the 2010 champions.

And the memory of being blown out so badly in last year's NFC championship by San Francisco remains fresh. As does the 38-10 loss to Tampa Bay three months ago.

“What’s happened in the past at this point, it really doesn’t matter,” LaFleur said. “It’s about what we do moving forward.”

As many people in the southern U.S ...