Chiefs quarterback Patrick Mahomes went through his third consecutive day of practice Friday and needs only to receive clearance from team physicians and an independent neurologist to play in Sunday's AFC title game against Buffalo.

The exams on Mahomes and cornerback Bashaud Breeland, who also has practiced three straight days since sustaining a concussion in last week's divisional-round win over Cleveland, were expected to take place later Friday.

Mahomes was hurt in the third quarter of the Chiefs' 22-17 victory over Cleveland. He spent a few minutes in the injury tent on the sideline before running up the tunnel to the locker room. But within a few minutes of leaving the field, the team said that he had sustained a concussion and would not return. Chad Henne finished the game in his place. 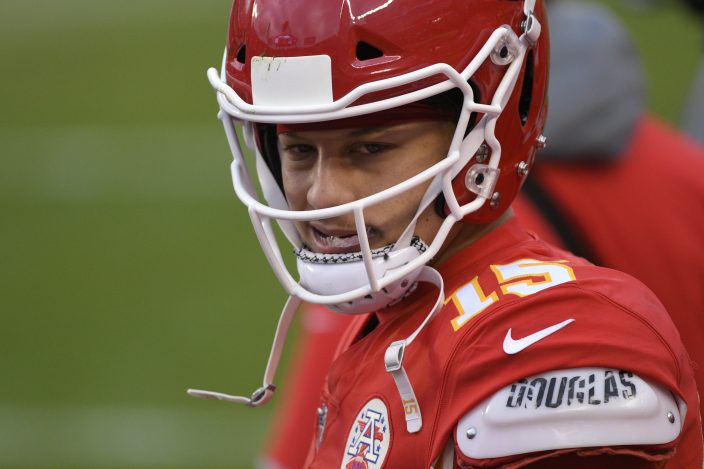 Kansas City Chiefs quarterback Patrick Mahomes walks on the sideline during the second half of an NFL divisional round football game against the Cleveland Browns, Sunday, Jan. 17, 2021, in Kansas City. (AP PhotoReed Hoffmann)

Mahomes did a light workout Wednesday before a full practice Thursday. The workout Friday was another light practice.

Chiefs' Mahomes takes most of snaps in Thursday practice

Chiefs star Mahomes having 2020 nobody will soon forget

Mahomes' big bet on football pays off with $503 million deal