Simone Zaza scored twice to rescue a 2-2 draw for relegation-threatened Torino at Benevento in coach Davide Nicola’s debut on Friday in Serie A.

Nicolas Viola’s first-half penalty and a deflected shot from Gianluca Lapadula early in the second half had put Benevento ahead by two goals.

But Zaza responded with a header two minutes after Lapadula’s goal and then equalized in stoppage time by redirecting a throughball with one touch. 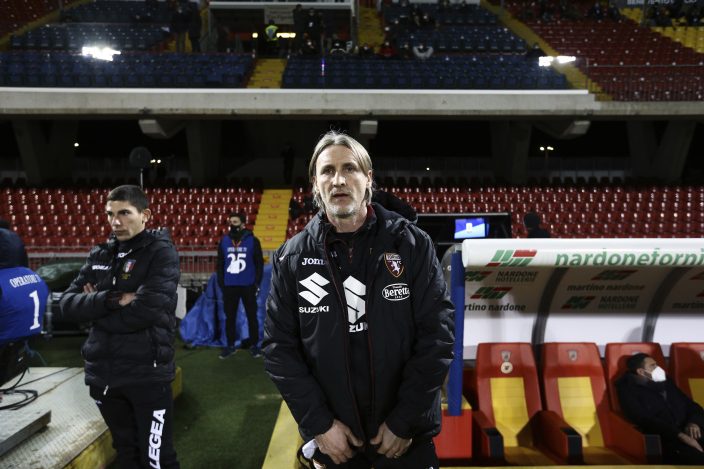 Torino coach Davide Nicola walks on the pitch prior to the Serie A soccer match between Benevento and Torino, at the Ciro Vigorito Stdium in Benevento, Italy, Friday, Jan. 22, 2021. (Alessandro GarofaloLaPresse via AP)

Torino stayed in the relegation zone while Benevento remained 11th.