Collin Sexton had 25 points and nine assists, Andre Drummond added 19 points and 16 rebounds and the Cleveland Cavaliers beat the Brooklyn Nets for the second time in three days, 125-113 on Friday night.

The Nets played without superstar forward Kevin Durant, who was held out as a precautionary measure as he continues his comeback from right Achilles tendon surgery.

Kyrie Irving scored 38 points and James Harden had 19 points and 11 assists for Brooklyn, which lost 147-135 in double-overtime to the Cavaliers in the debut of its high-scoring trio Wednesday. Durant scored 38 points in that game and played 50 minutes, so the Nets rested him Friday with another game scheduled Saturday. 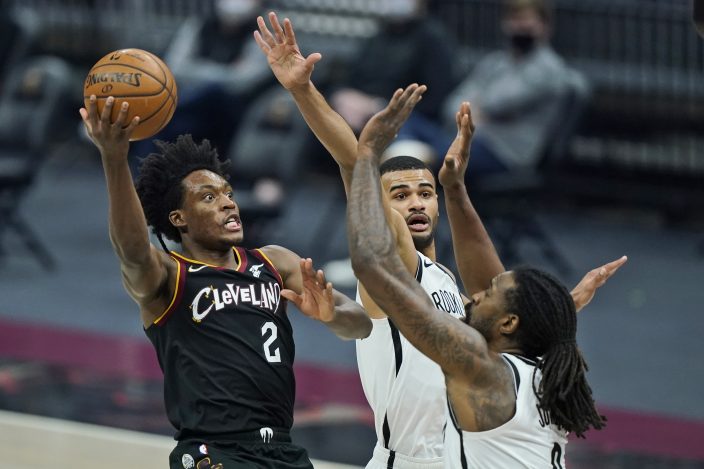 Jarrett Allen — acquired from the Nets in the Harden megatrade on Jan. 14 — had 19 points and six rebounds off the bench. Larry Nance Jr. scored 15 points for Cleveland, which has won three in a row and moved above .500 at 8-7.

Irving scored back-to-back hoops to open the third, putting Brooklyn in front 64-61 before the Cavaliers answered with a 28-11 run to take the lead for good. Cleveland’s largest advantage was 16 points late in the fourth.

Irving scored 18 points and Harden had 10 points and eight assists in the first half, but the Cavaliers held a 61-60 lead. Cleveland was up 34-33 after the first with Sexton and Allen each scoring seven points. 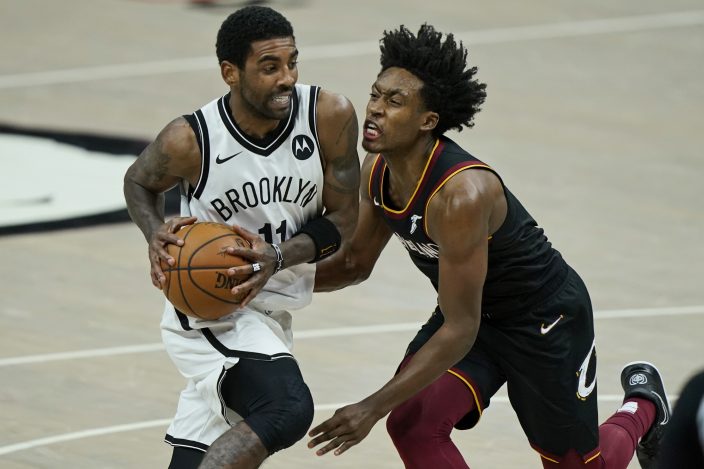 The Nets started their 11th different lineup in 17 games under first-year coach Steve Nash. They were dominated 50-29 on the glass with small forward Joe Harris leading them with seven boards. 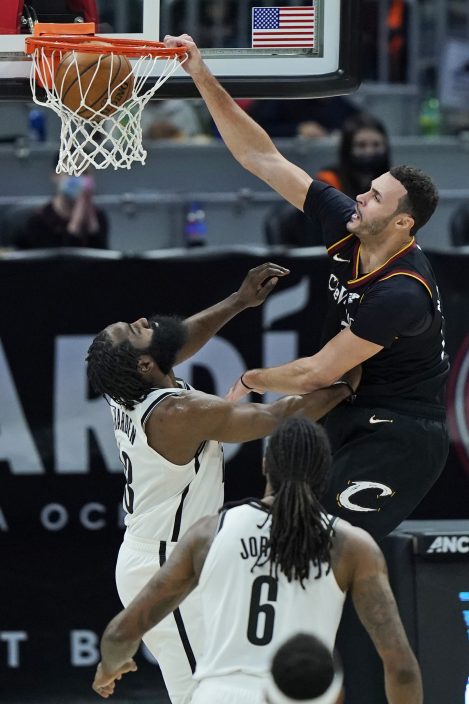 Nets: Harden and Irving share the Rocket Mortgage FieldHouse record for points in a game with 55. Harden reached the mark with Houston on Dec. 11, 2019, while Irving did so with the Cavaliers against Portland on Jan. 28, 2015. … C Nicolas Claxton (right knee tendinitis) is expected to rejoin the team in February, while G Spencer Dinwiddie (right knee ACL tear) is out for the season after undergoing reconstructive surgery.

Cavaliers: F Kevin Porter Jr., who was expected to be the sixth man, was traded to Houston for a future second-round pick. Porter was inactive for the first 14 games following a November arrest in Eastern Ohio. The second-year pro created a scene at the arena on Dec. 15 when he realized his locker had been given to newcomer Taurean Prince. “We’re moving forward with the group we’ve got,” coach J.B. Bickerstaff said.

Cavaliers: Visit Boston on Sunday. Cleveland has lost eight straight to the Celtics.

Atkins 'not aware' of allegations against Cal ...

Ontario leader disappointed in Biden for not sharing va ...

The leader of Canada’s most populo ...