Seth Curry returned to the Sixers' starting lineup following a seven-game absence because of a positive COVID-19 test and scored 15 points.

Jaylen Brown led the Celtics with 42 points and nine rebounds and Marcus Smart had 20 points. 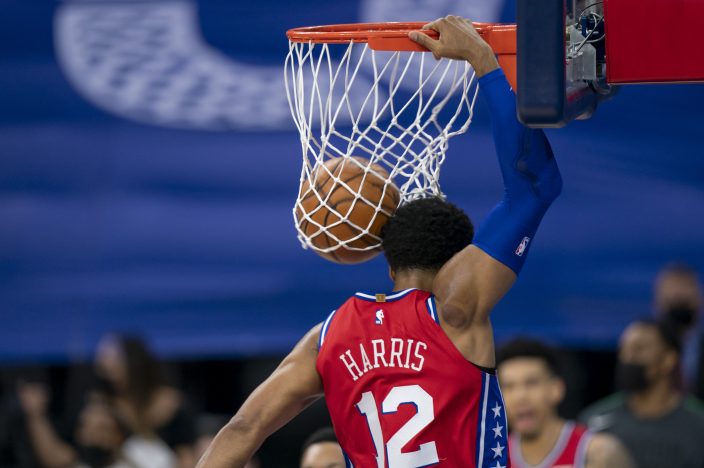 Philadelphia 76ers' Tobias Harris dunks during the first half of an NBA basketball game against the Boston Celtics, Friday, Jan. 22, 2021, in Philadelphia. (AP PhotoChris Szagola)

Back at full health, the 76ers again played like a force in the East

Embiid followed a 42-point outing in a win over Boston on Wednesday with another fantastic effort. He made 14 of 15 from the free-throw line -- a near-flawless retort after some mild criticism from Smart.

Smart said Embiid “flails and gets the calls” after the All-Star center went to the line 21 times in his 42-point game. The Celtics shot just 20 free throws in that loss and none in the fourth quarter. 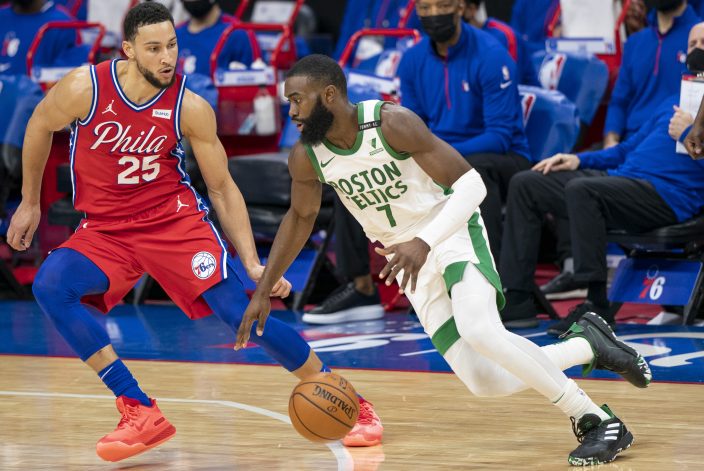 Embiid laughed off the criticism and said Smart was just as theatrical when it came to trying to draw a foul.

Smart earned an A in histrionics early in the game when Embiid turned to throw an outlet pass after he saved the ball from going out of bounds. Smart hit the hardwood like a wrestler as Embiid’s elbow breezed by his face. Embiid patted Smart’s chest and they had a brief conversation as they walked off the court together headed into a timeout. 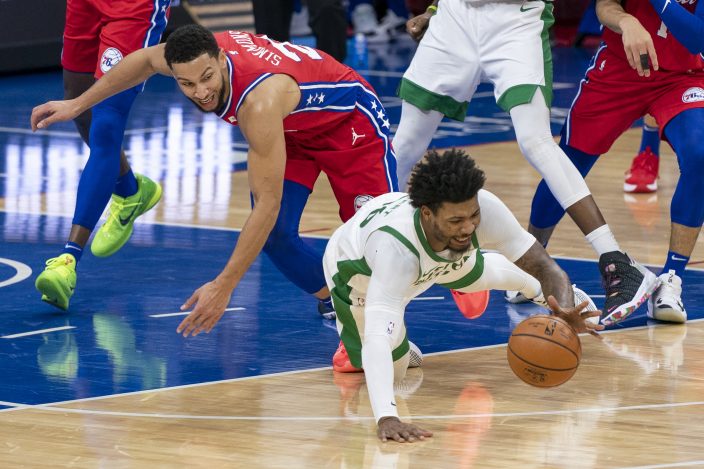 The Sixers defense had waned as COVID-related absences wrecked the lineup over the past 10 days. The Sixers turned the ball over late in the second, forcing Rivers to pull down his mask and yell “wake up!” The Celtics took a 52-49 lead into the break.

The Sixers woke up.

Embiid scored 11 points in the third -- on the strength of 6 of 6 from the line -- and the Sixers outscored the Celtics 42-28 and grabbed the lead. The 42 points were the most in the Sixers scored in the third in almost two years. 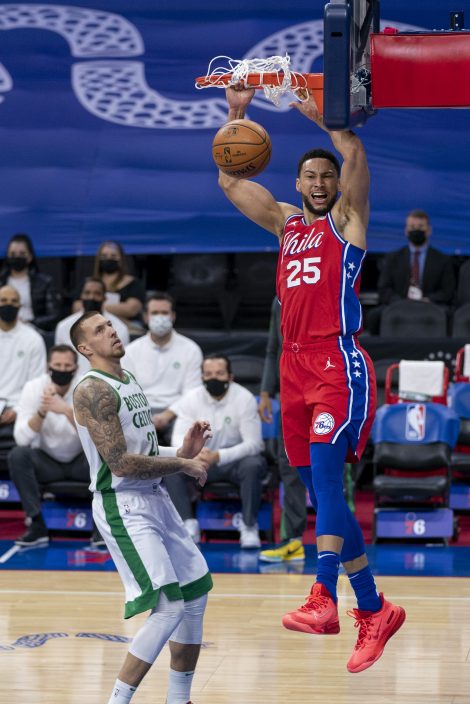 All-Star guard Ben Simmons converted a three-point play late in the fourth that snuffed a short Boston run, then picked off a pass and dunked for a 108-100 lead. Harris followed with a 3 and the two-game sweep was on. Simmons had 15 points and 11 assists.

Celtics: Payton Pritchard, who had emerged as the first guard off the bench, suffered a sprained right knee and was helped off the court. ... Jaylen Brown Stevens said F Jayson Tatum is “closer than not” to returning to the lineup following a bout with COVID-19 but there was no definitive date. Tatum will continue workouts in Boston. ... G Aaron Nesmith sat out with back spasms suffered from running drills at Thursday’s practice. 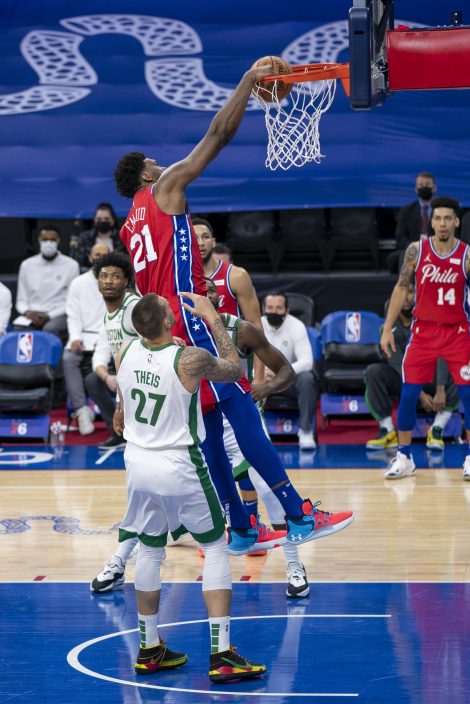 The Celtics host the Cavaliers on Sunday.

Stevens is a fan of the two-game home sets necessitated this season because of the pandemic. “As long as they let us out of the hotel at some point and let us walk around outside, I’m all for it,” he said. “It makes sense to not have to travel to the same city multiple times. It makes sense on a performance standpoint and a travel standpoint.”

The Sixers head to Detroit for games Saturday and Monday.