Serge Ibaka had 17 points and 11 rebounds to help the Clippers improve to 12-4, tying the Lakers for the NBA’s best record. 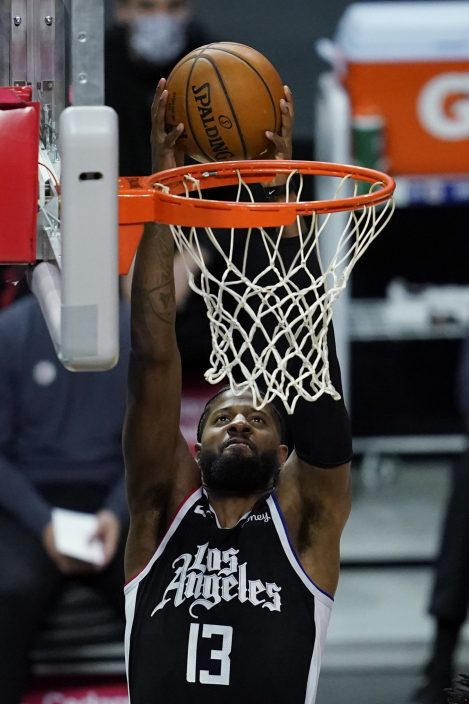 The Thunder were in catch-up mode most of the way before dropping their second straight and fourth in five games. They were just 14 of 42 from 3-point range and only got to the free-throw line 13 times.

The Clippers grabbed control in the first half, scoring 36 points in the first quarter and 34 in the second on 63% shooting. They had scoring runs of 21-2 and 11-4 in the first.

They opened the second quarter with a 19-10 spurt, including George’s steal and dunk followed by his consecutive 3-pointers, for their largest lead of 27 points. 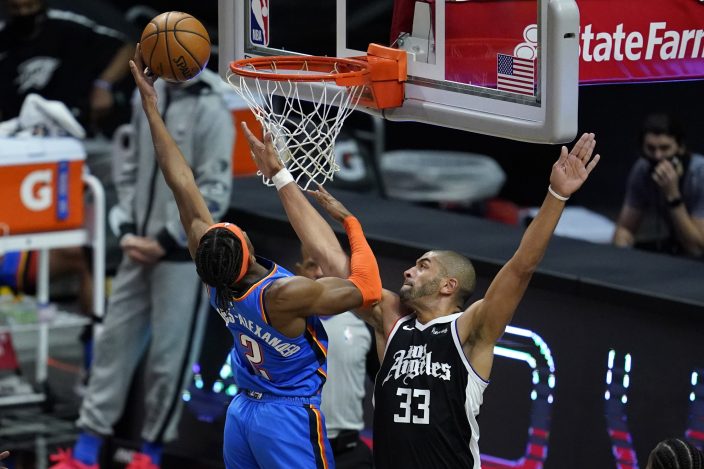 The Thunder worked to reduce a 23-point deficit to 10 points in the third. They outscored the Clippers 15-2 during one stretch, helped by eight points from Dort and Mike Muscala’s first 3-pointer after he missed four attempts in the first half.

But Leonard quickly put the Clippers ahead 91-75, running off six in a row. Muscala hit another 3-pointer that left the Thunder trailing by 13 going into the fourth. 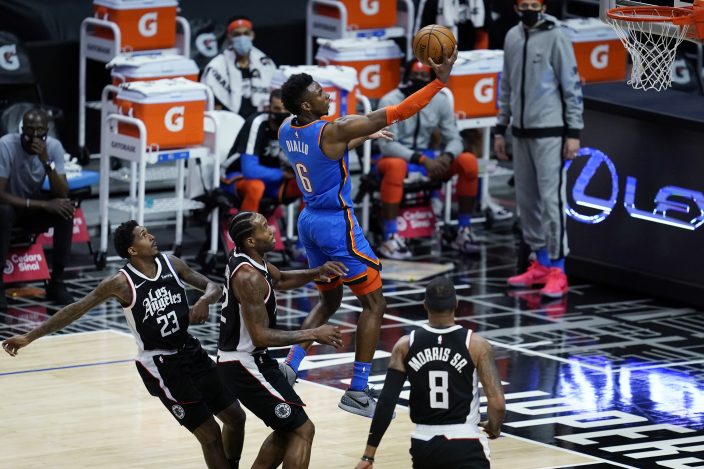 George scored 11 points in the fourth against his old team, when Gilgeous-Alexander had 10 for the Thunder.

Thunder: It took until the second half, but Dort and Muscala continued their streaks of both hitting at least one 3-pointer in each game they’ve played this season. Dort leads the team with 34 3-pointers and Muscala is second with 26. ... They dropped to 1-6 against the West. 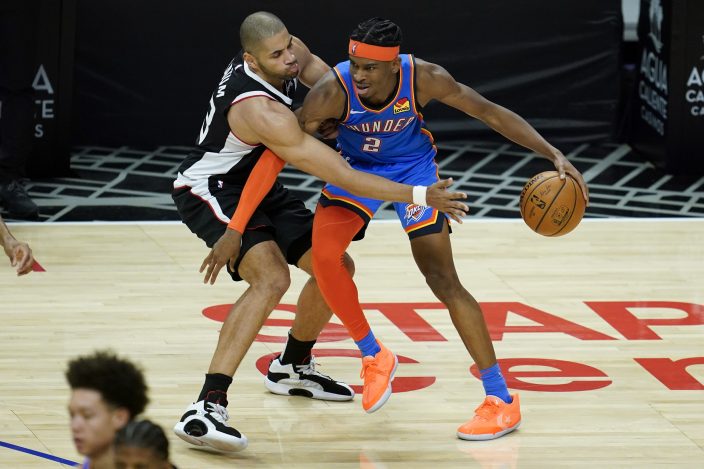 Clippers: Lou Williams recorded his 249th career game with at least five assists off the bench, tying J.J. Barea for the most such games in NBA history. 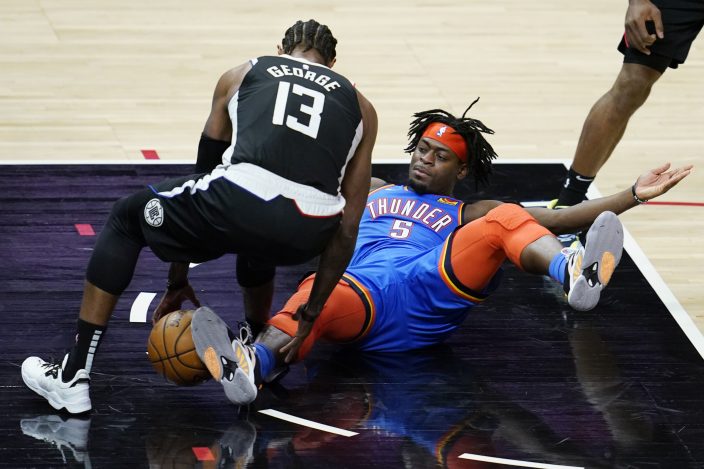 Mann leads Clippers over Thunder as stars rest for playoffs