Will Barton pushed the Nuggets ahead 124-123 with 1:37 left in overtime on a driving layup and Jamal Murray's 13-foot jumper put them up three points with 28.5 seconds left. Denver held on from that point, winning for the third time in four games to improve to 8-7 this season.

Devin Booker led the Suns with 31 points but took a hard fall late in overtime and didn't play the final few possessions. Phoenix's offense looked out of synch without its leading scorer on the floor and didn't score a field goal after he left. 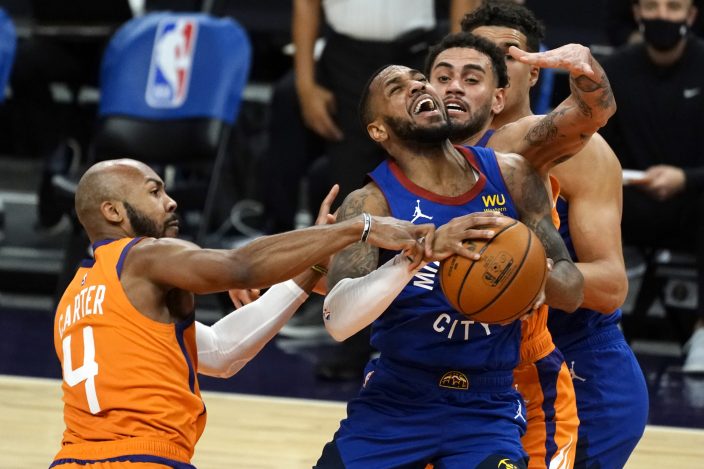 The Suns had a 14-point lead at halftime but Denver sliced that deficit to 95-91 by the end of the third quarter. The Nuggets took their first lead since the opening minute when PJ Dozier made a driving layup with 8:33 left that made it 98-97. 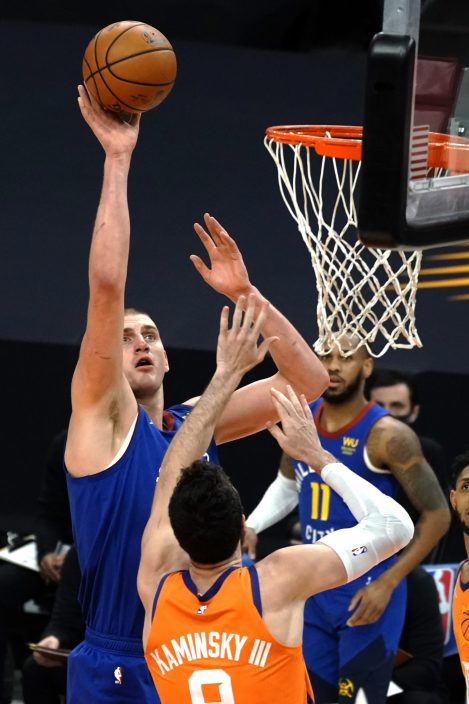 Jokic made a lay-up in the lane to tie the game at 114 with about a 1:07 left in regulation. Both teams had a couple chances to push ahead in the final minute but shots wouldn't fall.

The Suns jumped out to a 68-54 lead at halftime. Booker had 19 points and Bridges added 17 after hitting all five of his 3-pointers. Chris Paul had 14 assists, which tied a franchise record for the most in a half. Jokic led the Nuggets with 16 points. 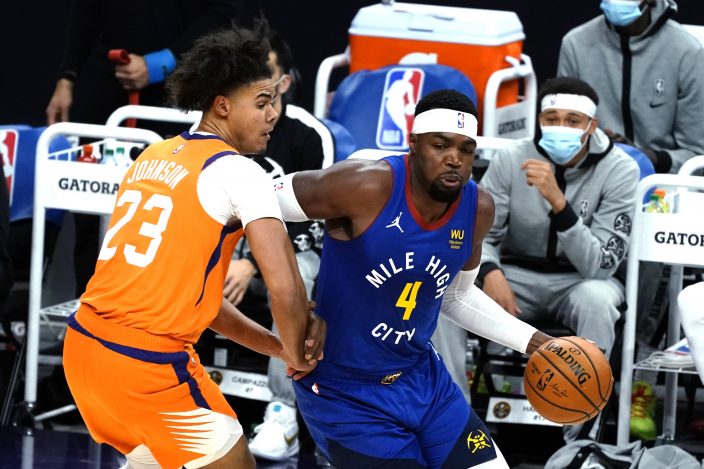 Nuggets: F Michael Porter Jr. played for the first time since Dec. 29 after missing 10 games while in the league's COVID-19 health and safety protocols. He finished with seven points and six rebounds in 20 minutes.

Suns: F/C Damian Jones and F Dario Saric both missed the game because of the league's health and safety protocols ... The Suns were playing their third game after having three straight games postponed because of COVID-19 issues. It was the first home game for the Suns since Jan. 6. ... Abdel Nader added nine points off the bench. He was part of the trade with Oklahoma City that brought Paul to Phoenix.

The Suns and Nuggets play again in Phoenix on Saturday night.

NBA: Nobody tested positive for COVID-19 at All-Star Ga ...

The NBA's mini-bubble in Atlanta f ...

Referee banned for season over word to describe Black c ...

A Romanian soccer referee was susp ...