Landeskog was initially stopped by Anaheim goalie John Gibson on a breakaway, but he got his own rebound and converted a wraparound for his third goal of the season. 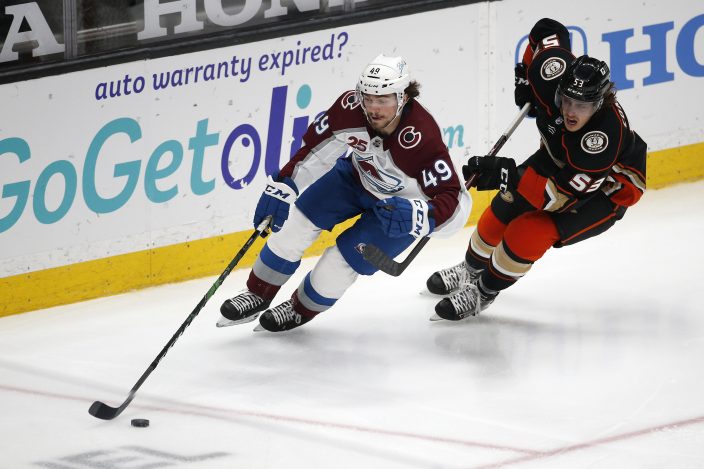 Hampus Lindholm and Adam Henrique got their first goals of the season for Anaheim. Gibson made 30 saves.

The game went to overtime after the teams traded goals during an 82-second span in the third period.

Rantanen gave Colorado a 2-1 lead at 6:20 with a one-timer in front of the goal after a great pass from rookie defenseman Bowen Byram. Rantanen has four goals and two assists in the last four games. Byram, who was the fourth-overall pick in the 2019 draft, picked up his first NHL point in his second game. 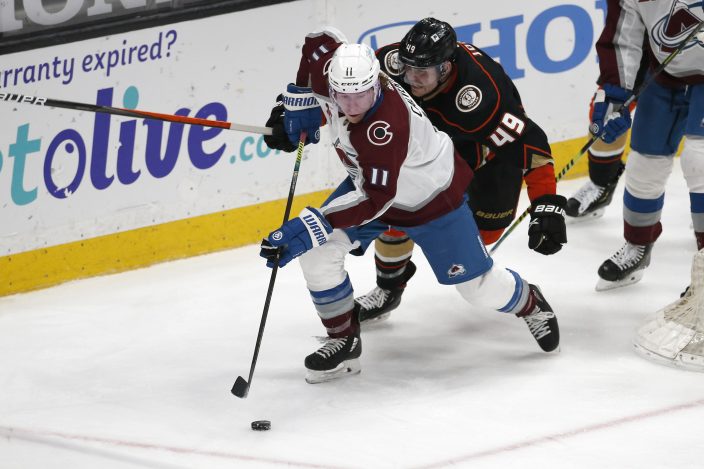 Henrique tied it again at 7:42 after Danton Heinen fed him with a centering pass.

Donskoi got the Avalanche on the board with a power-play goal 2:56 into the game. The left winger put it into the short side of the net after Samuel Girard's pass caught Gibson out of position.

Lindholm evened it 47 seconds into the second with a one-timer that Grubauer was unable to get his glove on. 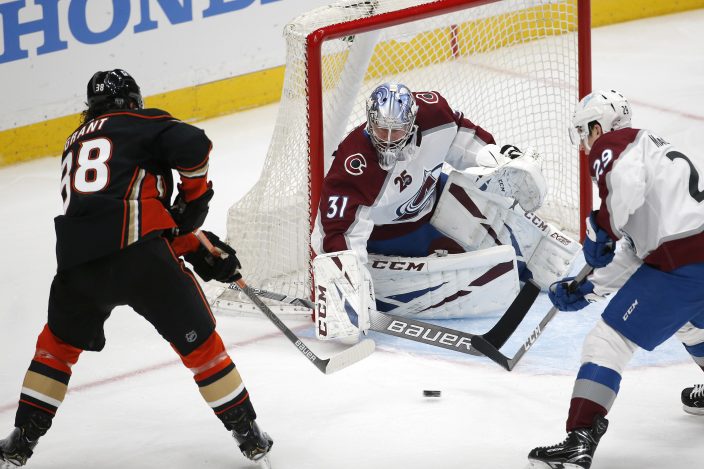 Donskoi's score was Colorado's 10th power-play goal, which leads the league. It is also the most the Avalanche have had through five games in franchise history. The previous record was eight, which happened six times. 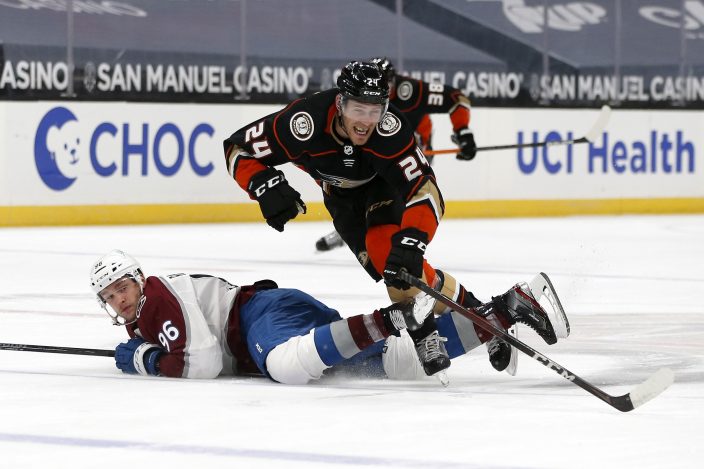 Gibson stopped Nathan MacKinnon on his short side during a penalty shot at 8:31 of the third period. Colorado was awarded the shot after Lindholm was called for covering the puck up in the Ducks crease.

Ducks use strong offensive game to take down Avalanche 3-2