A major British doctors' group is says the U.K. government should “urgently review” it's decision to give people a second dose of the Pfizer-BioNTech coronavirus vaccine up to 12 weeks after the first, rather than the shorter gap recommended by the manufacturer and the World Health Organization.

The U.K., which has Europe’s deadliest coronavirus outbreak, adopted the policy in order to give as many people as possible a first dose of vaccine quickly. So far almost 5.5 million people have received a shot of either a vaccine made by U.S. drugmaker Pfizer and Germany's BioNTech or one developed by U.K.-Swedish pharmaceutical giant AstraZeneca and Oxford University.

AstraZeneca has said it believes a first dose of its vaccine offers protection after 12 weeks, but Pfizer says it has not tested the efficacy of its jab after such a long gap. 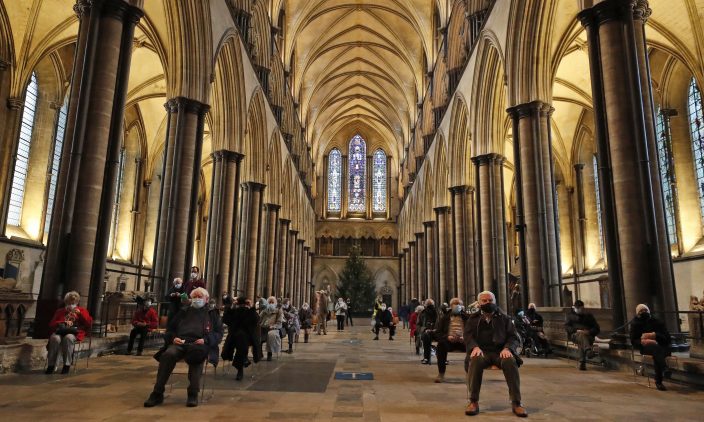 In a statement, the association said there was “growing concern from the medical profession regarding the delay of the second dose of the Pfizer-BioNTech vaccine as Britain's strategy has become increasingly isolated from many other countries.”

“No other nation has adopted the U.K.‘s approach,” Dr. Chaand Nagpaul, chairman of the BMA council, told the BBC. 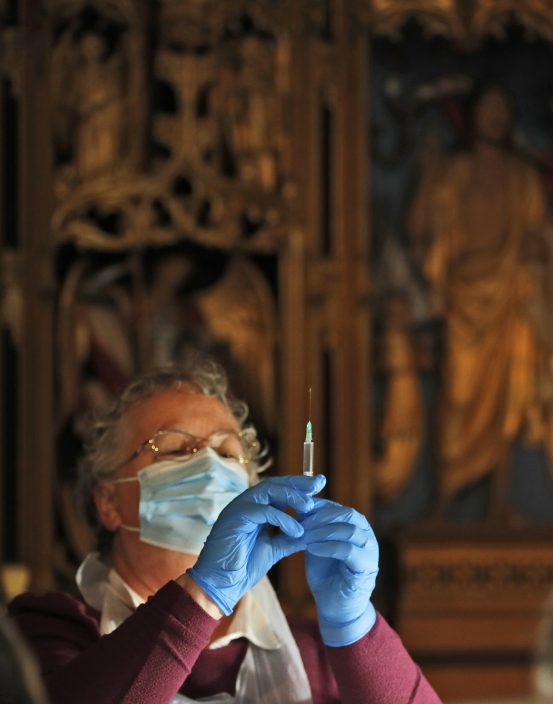 He said the WHO had recommended that the second Pfizer vaccine shot could be given up to six weeks after the first but only “in exceptional circumstances.”

“I do understand the trade-off and the rationale, but if that was the right thing to do then we would see other nations following suit,” Nagpaul said.

Yvonne Doyle, medical director of Public Health England, defended the decision as “a reasonable scientific balance on the basis of both supply and also protecting the most people.” 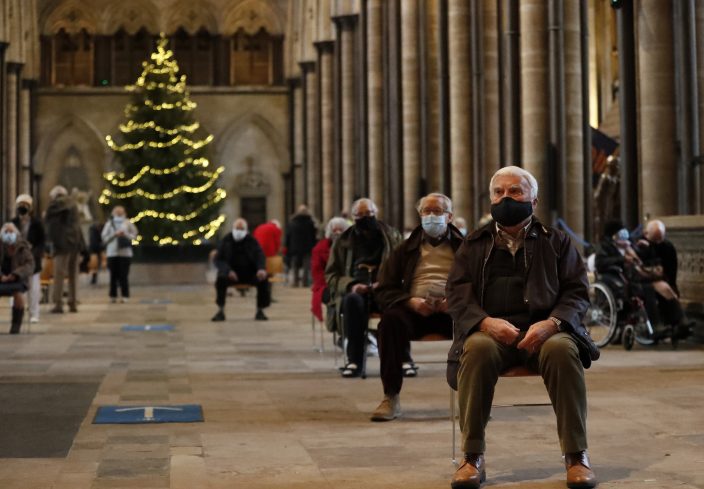 Researchers in Britain have begun collecting blood samples from newly vaccinated people in order to study how many antibodies they are producing at different intervals, from 3 weeks to 24 months, to get an answer to the question of what timing is best for the shots.

The doctors’ concerns came a day after government medical advisers said there was evidence that a new variant of the virus first identified in southeast England carries a greater risk of death than the original strain.

Chief Scientific Adviser Patrick Vallance said Friday “that there is evidence that there is an increased risk for those who have the new variant,” which is also more transmissible than the original virus. He said the new strain might be about 30% more deadly, but stressed that “the evidence is not yet strong” and more research is needed. 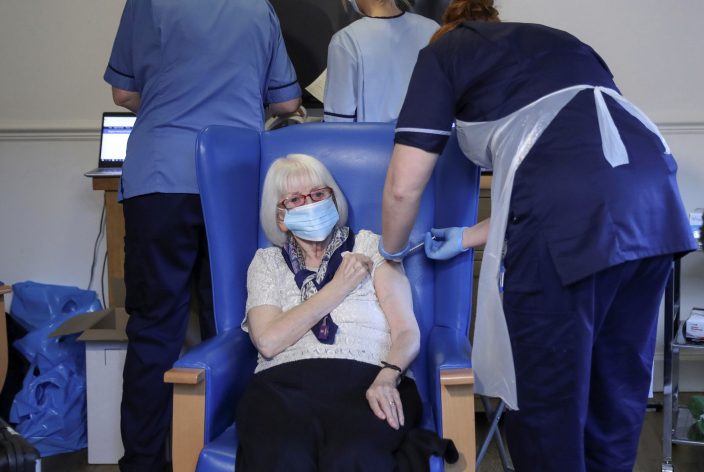 Research by British scientists advising the government said although initial analyses suggested that the strain did not cause more severe disease, several more recent ones suggest it might. However, the number of deaths is relatively small, and fatality rates are affected by many things, including the care that patients get and their age and health, beyond having COVID-19.

Britain has recorded 95,981 deaths among people who tested positive, the highest confirmed virus toll in Europe.

The U.K. is in a lockdown to try to slow the latest surge of the virus, and the government says an end to the restrictions will not come soon. Pubs, restaurants, gyms, entertainment venues and many shops are closed, and people are required to stay largely at home.

The British government is considering tightening quarantine requirements for people arriving from abroad. Already travelers must self-isolate for 10 days, but enforcement is patchy. Authorities are considering requiring arrivals to stay in quarantine hotels, a practice adopted in other countries, including Australia.

“We may need to go further to protect our borders,” Prime Minister Boris Johnson said Friday.

UK speeds up vaccinations: All adults get 1st jab by July 31

Hand-holding but no hugs: UK OKs some nursing home visits

Lying on arrival could mean 10 years in prison in England

UK to start hotel quarantine Feb. 15 amid criticism of delay