The Bluejays (11-4, 7-3 Big East), who struggled offensively while losing their previous two games, shot 58% in the second half and avoided their first three-game losing streak since February 2019.

Mahoney made 8 of 14 shots from the field after going 1 for 10 against Providence on Wednesday. 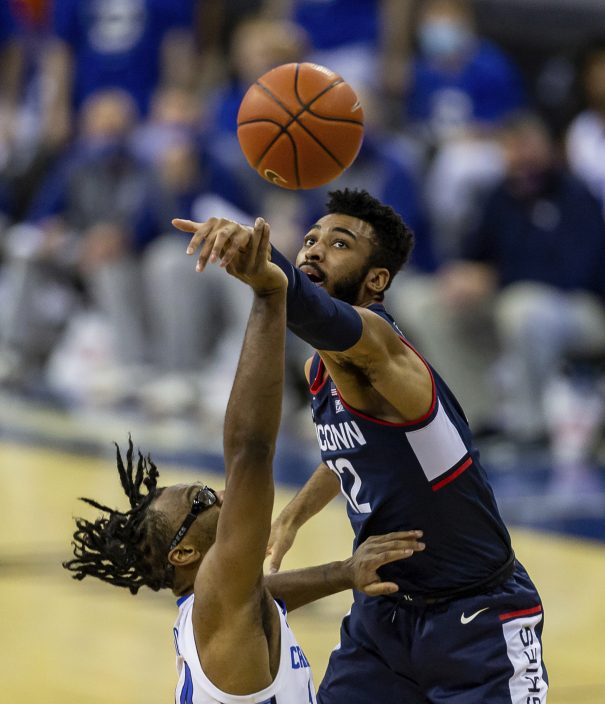 The Huskies played their fourth straight game without scoring leader James Bouknight, who is recovering from elbow surgery. He scored a career-high 40 points in the Huskies’ 76-74 overtime loss to Creighton last month in Connecticut.

Sanogo dunked to tie it at 48 before Mahoney started a 14-2 spurt that gave the Bluejays a cushion with six minutes left.

Back-to-back 3s by Isaiah Whaley and Brendan Adams cut the lead in half, but Mitch Ballock hit a shot in the lane and Marcus Zegarowski scored on a blow-by to make it a 10-point game again.

Zegarowski scored 10 of his 15 points in the second half and Damien Jefferson added 12 for the Bluejays.

The Huskies’ offensive struggles carried over from their 74-70 loss to St. John’s on Monday. They missed 22 of their first 27 shots, including eight layups, before Cole scored eight points to lead a flurry that pulled them to 29-28 at half.

UConn: The Huskies are mired in an offensive slump without Bouknight, and it couldn't happen at a worse time. They're in the middle of a stretch of seven games in 23 days.

Creighton: The Bluejays desperately needed this win to keep pace in the Big East race. The 3-point shooting started to come around in the second half. They still need more out of Ballock, who is just 2 of 14 on 3s over his last three games.