USA Basketball is casting a wider-than-usual net in its roster selection for this summer's rescheduled Tokyo Olympics, two people with knowledge of the situation said Saturday.

The people told The Associated Press on condition of anonymity because the final list has not been revealed publicly. 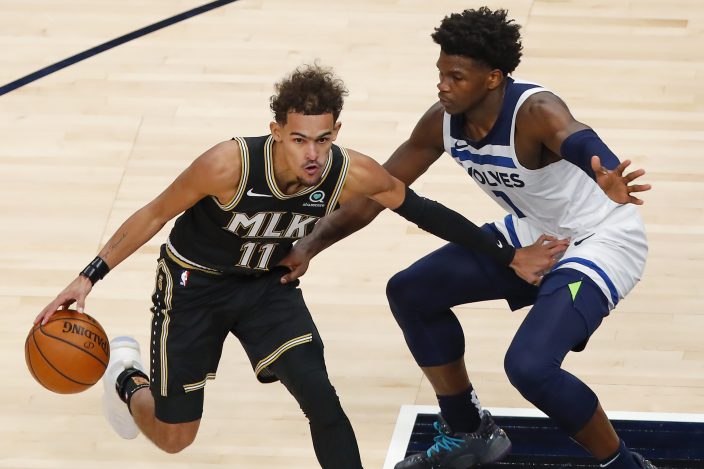 The additions mean at least 60 players could be on the player-pool list that will be released by USA Basketball in the coming weeks. Most of those are holdovers from the finalists list that was announced in February 2020 in anticipation of an Olympics last summer.

There were 44 players on that list and almost all of them, with the exception of injured Golden State guard Klay Thompson, are expected to remain in the pool this year.

ESPN first reported that USA Basketball has sent approximately 60 invitations to be part of the player pool. The U.S. men have won gold at the last three Olympics. 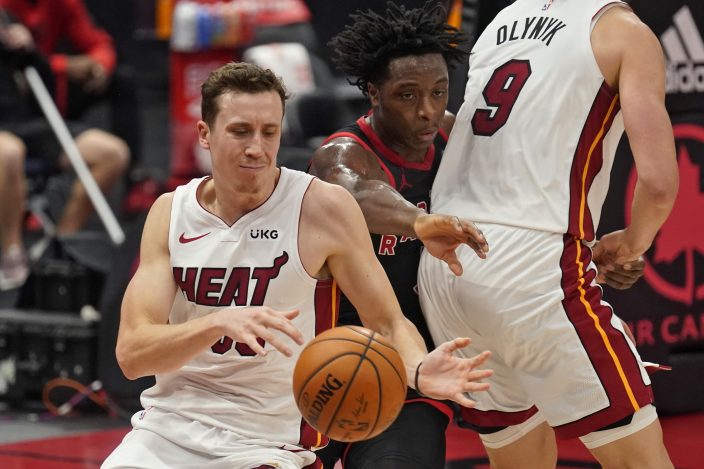 James told AP last month he will consider playing in Tokyo and said that playing for Gregg Popovich — the San Antonio Spurs coach who will lead the U.S. in these Olympics -- was one reason why. 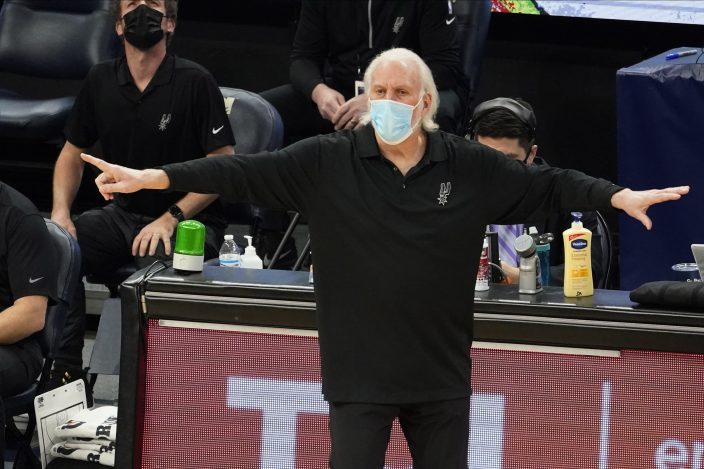 San Antonio Spurs head coach Gregg Popovich directs his team against the Minnesota Timberwolves in the second half of an NBA basketball game Saturday, Jan. 9, 2021, in Minneapolis. (AP PhotoJim Mone)

But it remains unclear how the NBA playoffs will affect the team-selection process. The NBA is planning that the latest possible date for the NBA Finals would be July 22, one day before the opening ceremony for the Tokyo Games. USA Basketball is planning a training camp and exhibition games. Camp, if past form holds, would start in early July.

NBA Commissioner Adam Silver said last month that this season’s schedule was slotted “to give our players the opportunity to participate in the Olympics should they choose to do so.”

“I see that very much as an individual decision,” Silver said. “Clearly in the case of the United States, we have a deeper pool of talent than other countries. So I think it’s less likely — although it will impact the U.S. team, it affects them not as dramatically as it will some of these other teams, where if a particular player or two doesn’t participate, it could decimate a team.”

USA Basketball is not planning tryouts and instead is expected to pare the list to a 12-player Olympic team in the coming months, those decisions to be made by a selection committee and based in part on player availability and health.

The U.S. is one of eight teams to already have clinched a spot in the 12-team Olympic men’s field. There are 24 teams left in the running for the four spots, those to be decided in qualifying tournaments that will end in early July.

FIBA is expected to hold the Olympic draw, to determine preliminary round groups for the Tokyo Games, on Feb. 2.