The Blue Jackets' second victory in six games came shortly after Dubois, one of the team's leading scorers, was sent to Winnipeg in exchange for Patrik Laine and Jack Roslovic in a deal announced early Saturday. 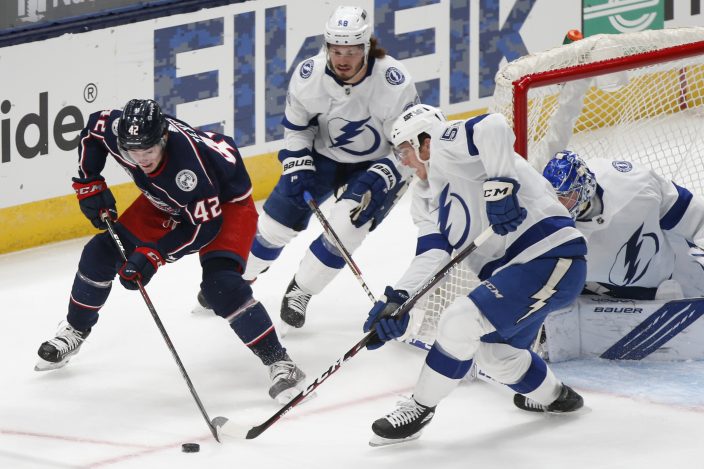 Victor Hedman and Ondrej Palat scored for the Lightning, who lost for the first time in their first four games. Andrei Vasilevsky made 22 saves.

Hedman started it by beating Merzlikins with a back-hander from the slot on a rush 4:10 into the game. The Blue Jackets tied it 17 seconds later when Foligno knocked in a rebound off Vasilevsky's stick. Cam Atkinson did good work fighting off Hedman all the way through the zone to get to the net.

Later in the first, Grigorenko got his first goal as a Blue Jacket when he tapped in a puck from the blue paint that had trickled behind Vasilevsky. 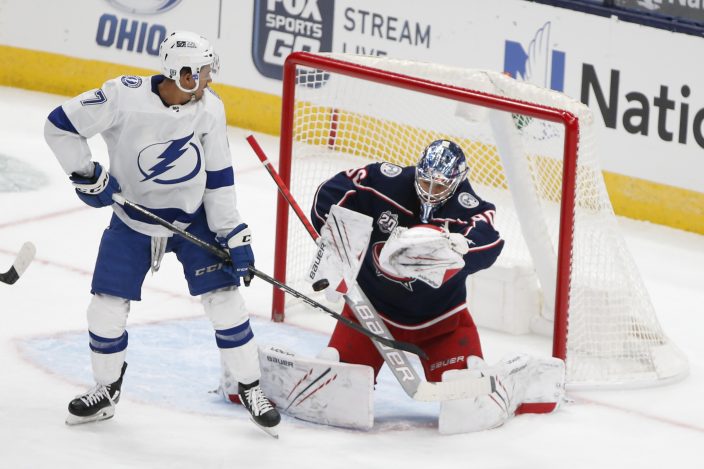 Gavrikov's snap-shot from the slot with 59 seconds left in the first put Columbus up 3-1. The Lightning capitalized quickly on a power play with Palat's tap-in 14 seconds before the break to make it a one-goal game again.

After a scoreless second period, Werenski's shot from the left circle went in for his first goal of the season 6:34 into the third. Robinson added an empty-netter with 1:48 left in the game. 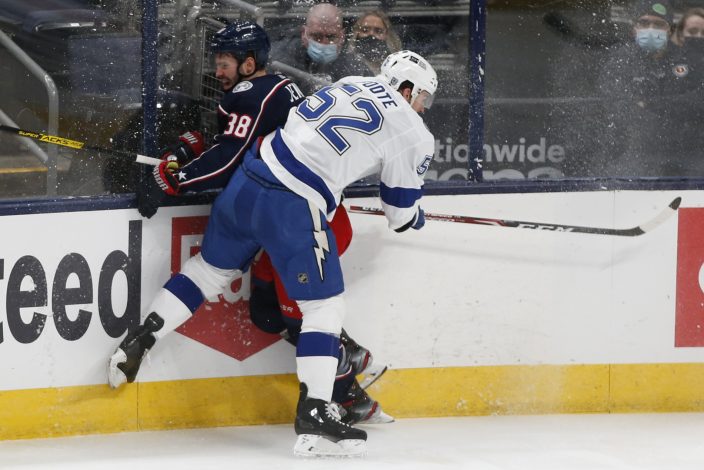 Tampa Bay defenseman Erik Cernak was injured in the first period and didn't return. Center Mitchell Stephens had to be helped off the ice with an apparent leg injury early in the third period. 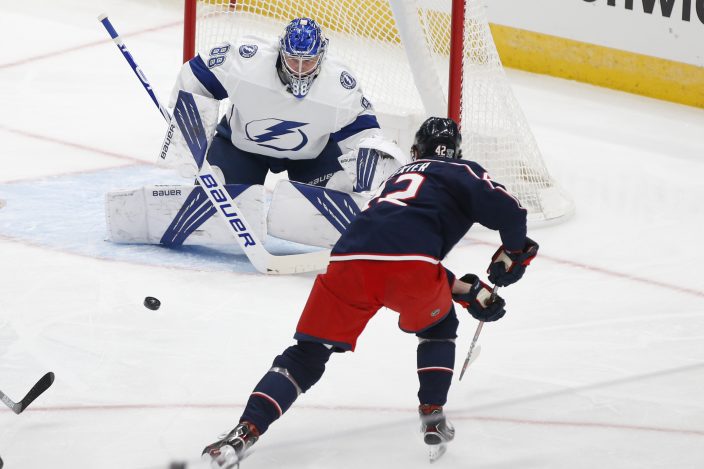 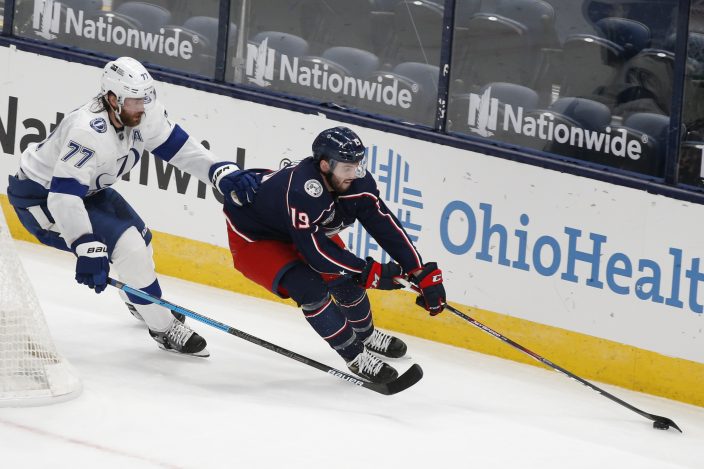