For a time in the pre-Christmas lead-up to the America’s Cup regatta off Auckland it seemed INEOS Team UK would go the same way as so many ill-fated British challenges.

The British yacht Britannia didn’t win any of its six races in the America’s Cup World Series, failing on one occasion even to finish the course. In light-wind racing Britannia would wallow sluggishly in one place while its challenger series rivals — Italy’s Luna Rossa and the United States’ American Magic — swept around the course, balletically poised on their foils. 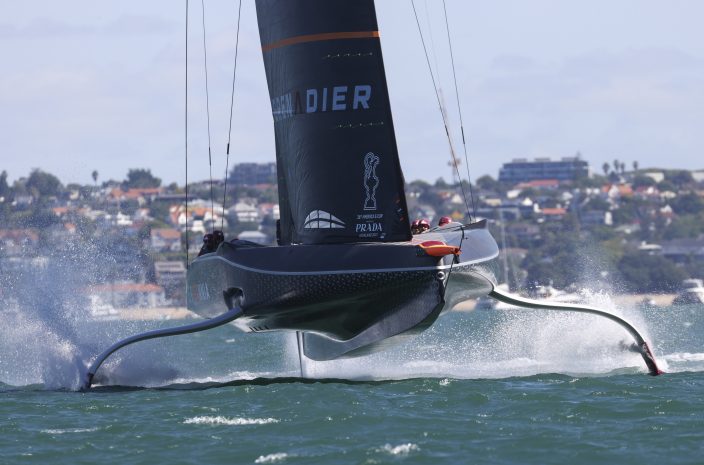 From the very first match in 1851 when the British schooner Aurora surrendered the 1000 Guineas Cup to the United States challenger America in a race around the Isle of Whyte, the British experience in the America’s Cup has been one of defeat if not calamity.

For more than a century as the only challenger British teams tried and failed to win back the Cup. Some of its richest men — big-game hunter the Earl of Dunraven, the tea magnate Sir Thomas Lipton, aircraft maker Sir Thomas Sopwith — devoted large parts of their lives to the pursuit of the Cup and finished empty-handed.

In the Cup’s modern history, after Australia broke the U.S. and Britain cartel, British teams struggled to progress beyond the round-robin stages of the challengers series, at best dropped out in the semifinals. 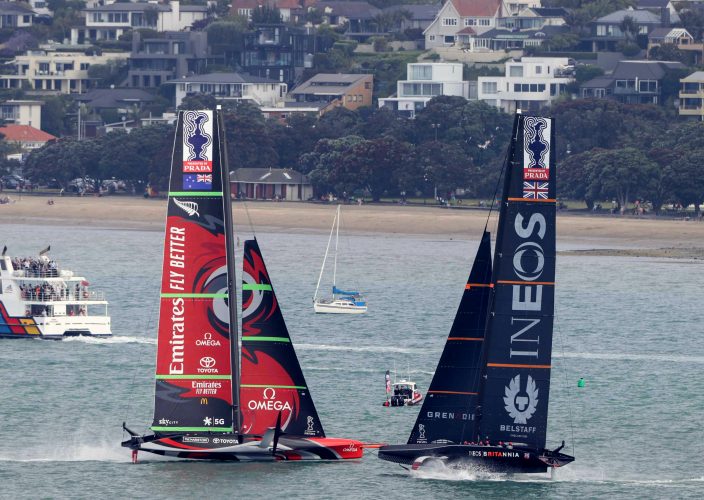 Team UK looked set to suffer the same fate. But when it returned after Christmas for the start of the Prada Cup, Britannia was a boat transformed. Not only had it overcome its weakness in light winds but it excelled across the full wind range.

Britannia won all of its Prada Cup races and on Saturday became the first British boat to qualify for the challenger series final. Skipper Ben Ainslie is acutely aware of the history Team UK has had to buck to get to its current position, one step away from racing defender Team New Zealand for the Cup.

“We’ve always struggled with the America’s Cup,” Ainslie said. “It started around the Isle of Whyte in 1851 and we’ve never won it back. We are really not getting ahead of ourselves because we struggled coming into this competition and we’ve had a great turnaround."

Ainslie said Team UK had remained intensely focused on reaching the Prada Cup final, even when the prospect seemed hopeless.

“That was the goal and we made it,” said Ainslie. “The boys have done a brilliant job. It is a great moment for the team because we have obviously had a tough build-up to this competition so I am incredibly proud of everyone."

Team UK has no time to relax in the three weeks before the Cup final begins. It does have the opportunity to sit back and watch as Luna Rossa and American Magic contest the semifinal which will decide which team joins Britain in the challengers series final.

“It’s going to be fascinating to watch these two great teams duke it out to see who gets into the Prada final and we know that we’re going to be in for a massive fight there,” Ainslie said. “The surge for more speed continues. We’re happy to have won a few races from where we were, but we know we’ve got to get a heck of a lot better if we’re going to win this thing.”